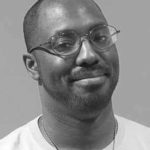 Initially released as a concept album, Jesus Chris Superstar was so successful that it led to a Broadway debut on October 12, 1971 becoming the longest-running musical on the West End until Cats. Jesus Christ Superstar is a sung-through rock opera with music by Andrew Lloyd Webber and lyrics by Tim Rice. Loosely based on the Gospels' accounts of the Passion, the work interprets the psychology of Jesus and other characters, with much of the plot centered on Judas, who is dissatisfied with the direction in which Jesus is steering his disciples. Contemporary attitudes, sensibilities, and slang pervade the rock opera's lyrics, and ironic allusions to modern life are scattered throughout the depiction of political events.