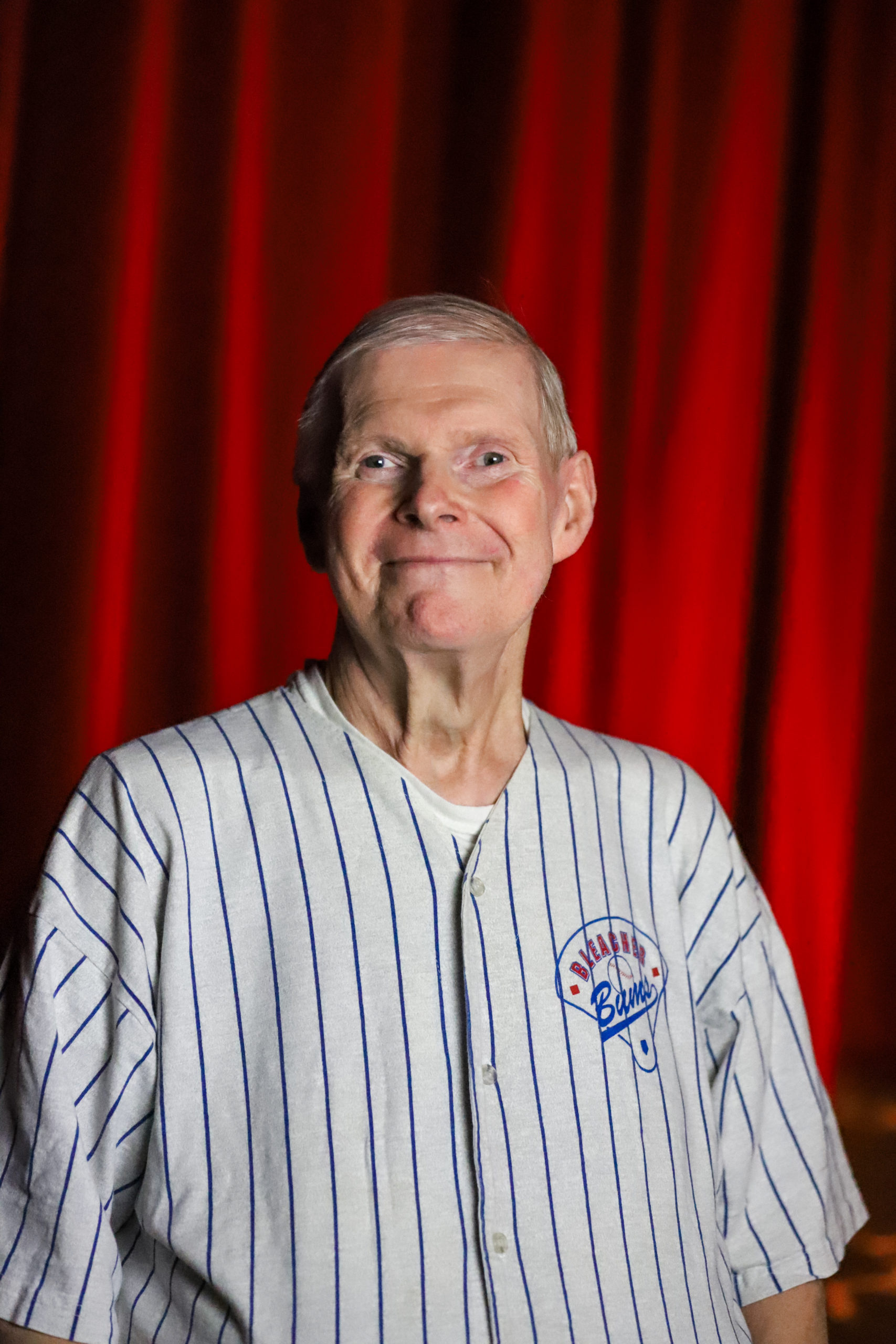 Bruce Parrish, President, Historian, and Emeritis, has served Community Players for over 45 years. He is the current President as well as a past Board president (1984-1986), trustee, and has held a variety of Board positions. Bruce has directed, produced, designed, built, or performed in over 140 shows for Community Players. He most recently appeared in “Elf, The Musical” and counts Big Daddy in “Cat on a Hot Tin Roof” as one of his favorite roles. Bruce has served as historian for over 30 seasons. In 1997 he co-authored a publication on the history of the organization and is currently working on a history of Community Players 100 seasons of continuous volunteer theater in Bloomington-Normal, Illinois. Community Players stage was named for Bruce and his wife, Kathy (also an Emertis), in 2012 for their years of service to the organization. 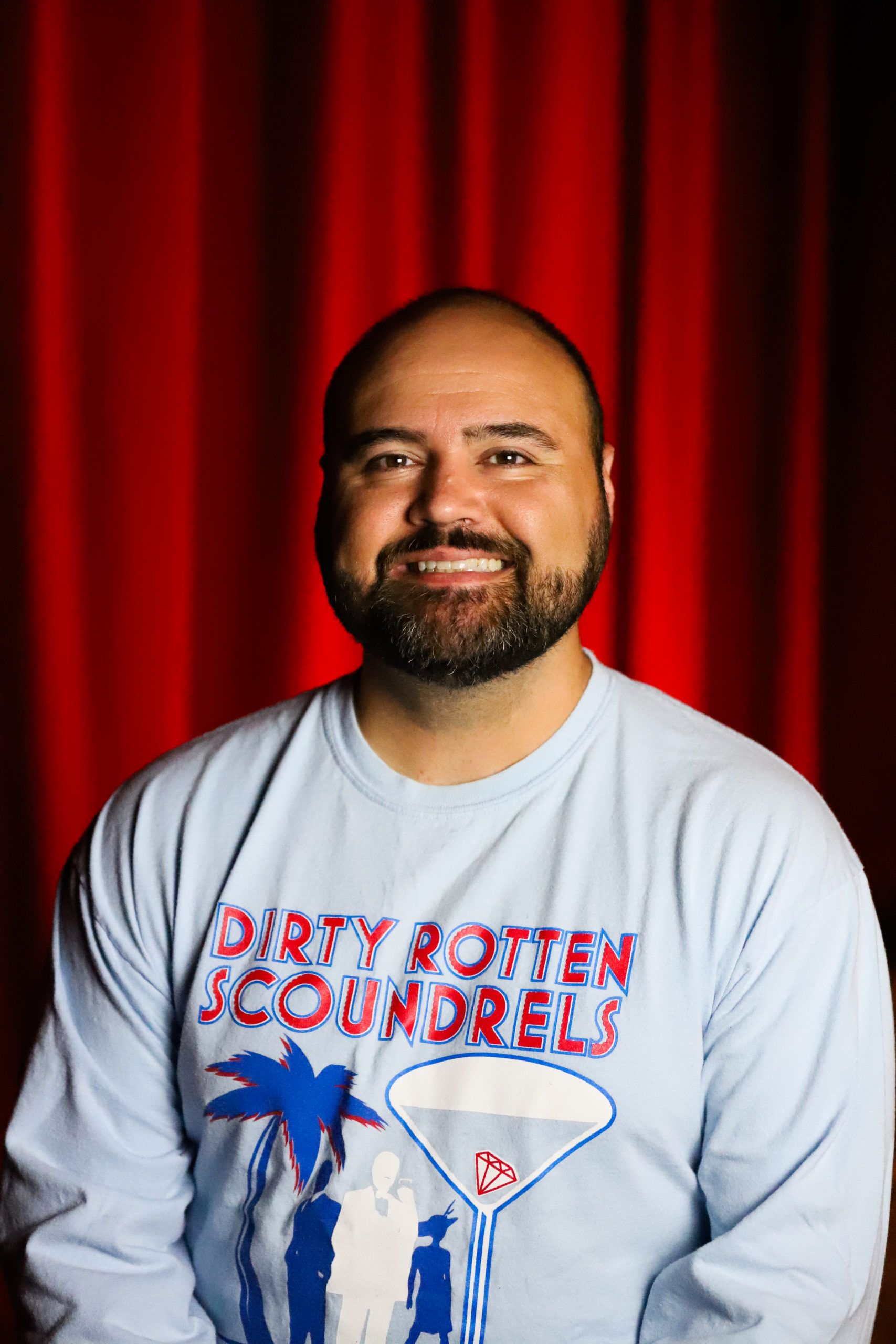 Nick Benson first joined Community Players Theatre when he performed in Shrek in 2014, and has enjoyed being actively involved ever since. Having just served as President, he is happy to step back and assist Bruce as he takes the reins during our 100th Season! Some favorite on-stage roles have been The Addams Family, RENT, Seussical, All My Sons, The Wedding Singer, and A Funny Thing Happened on the Way to the Forum. 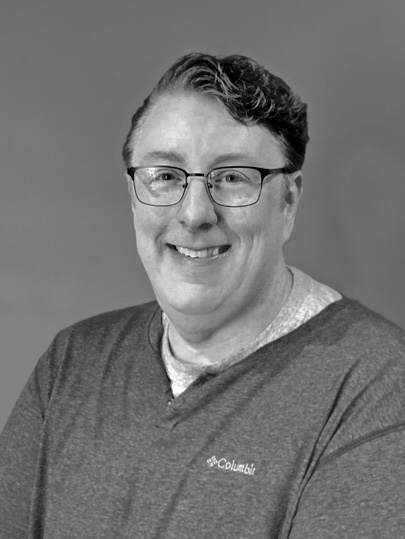 Chris Terven has served as a Community Players Board Member in several capacities and has participated in almost every aspect of the organization since he began his involvement at a very young age in 1989.  He’s owned and operated several successful small businesses, manages his family’s property holdings, and garnered numerous Financial and Insurance Designations over the years.  This (and the fact that he has a deep conviction regarding making the arts available to all) makes Chris a perfect fit as our current Treasurer.  By day Chris is a professional “geek” with COUNTRY Financial, a position he seems to relish. Chris participates onstage and off at Community Players and can frequently be found with a drill, paintbrush, or other tool in his hand as he hangs precariously from some set piece. 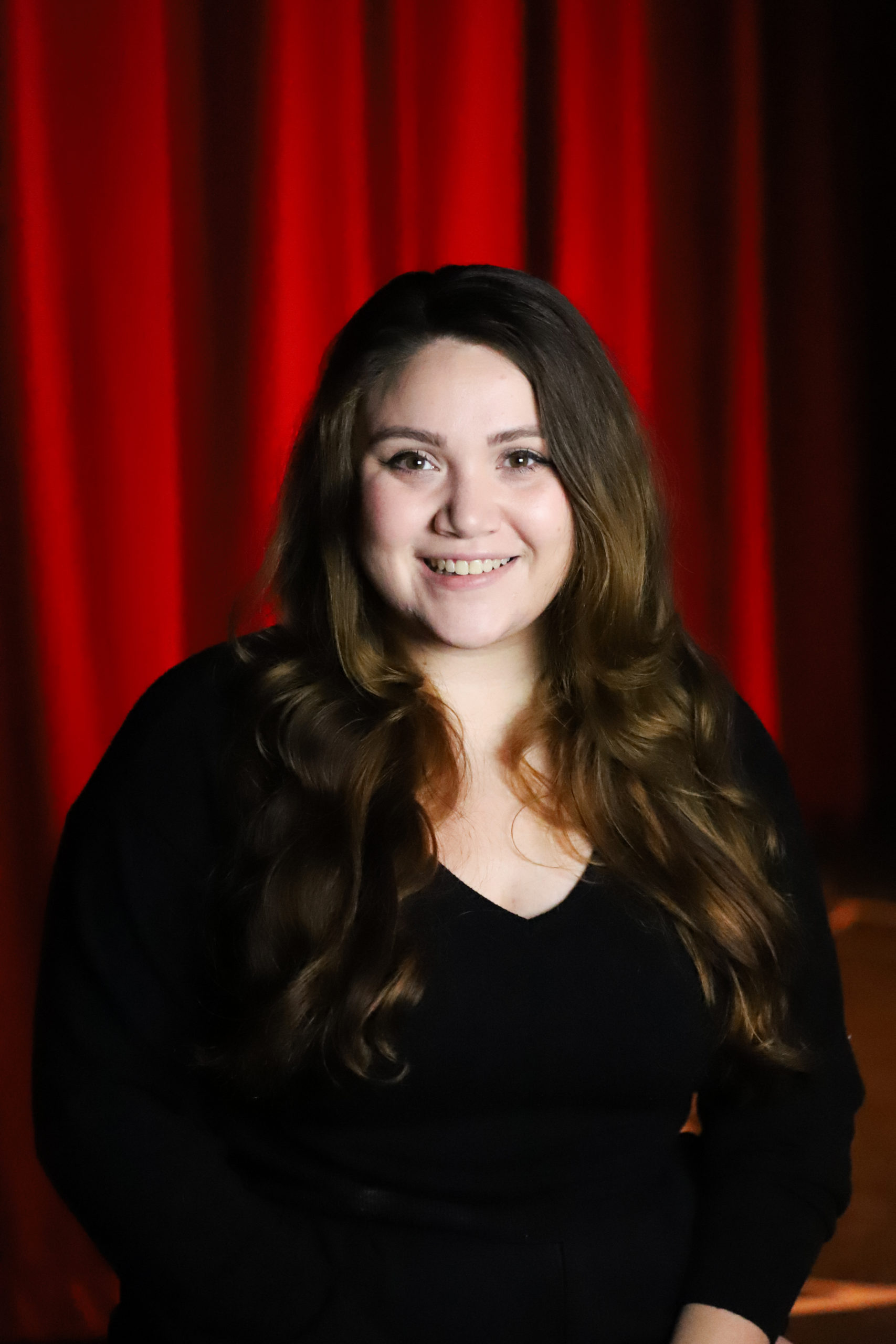 Ashleigh Feger is currently serving in her third term as Secretary for Community Players. Her first show was back in 2009. After taking some time off and obtaining her Bachelor’s Degree in Theatre Arts and Drama she returned to CPT in 2016 and hasn’t slowed down since. A master of all, her talents at Community Players have seen her not only Act, but handle Costumes, Stage Manage, Produce, and Direct. She enjoys serving on a variety of committees and working with everyone at Players. She is currently pursuing a Master’s Degree in Theatre Studies with a focus in Casting Directing. You can also find her working with a variety of theatres in the area as well as with local high schools choreographing productions. She is excited to continue in her current position and looks forward to what the future holds for her at Community Players. 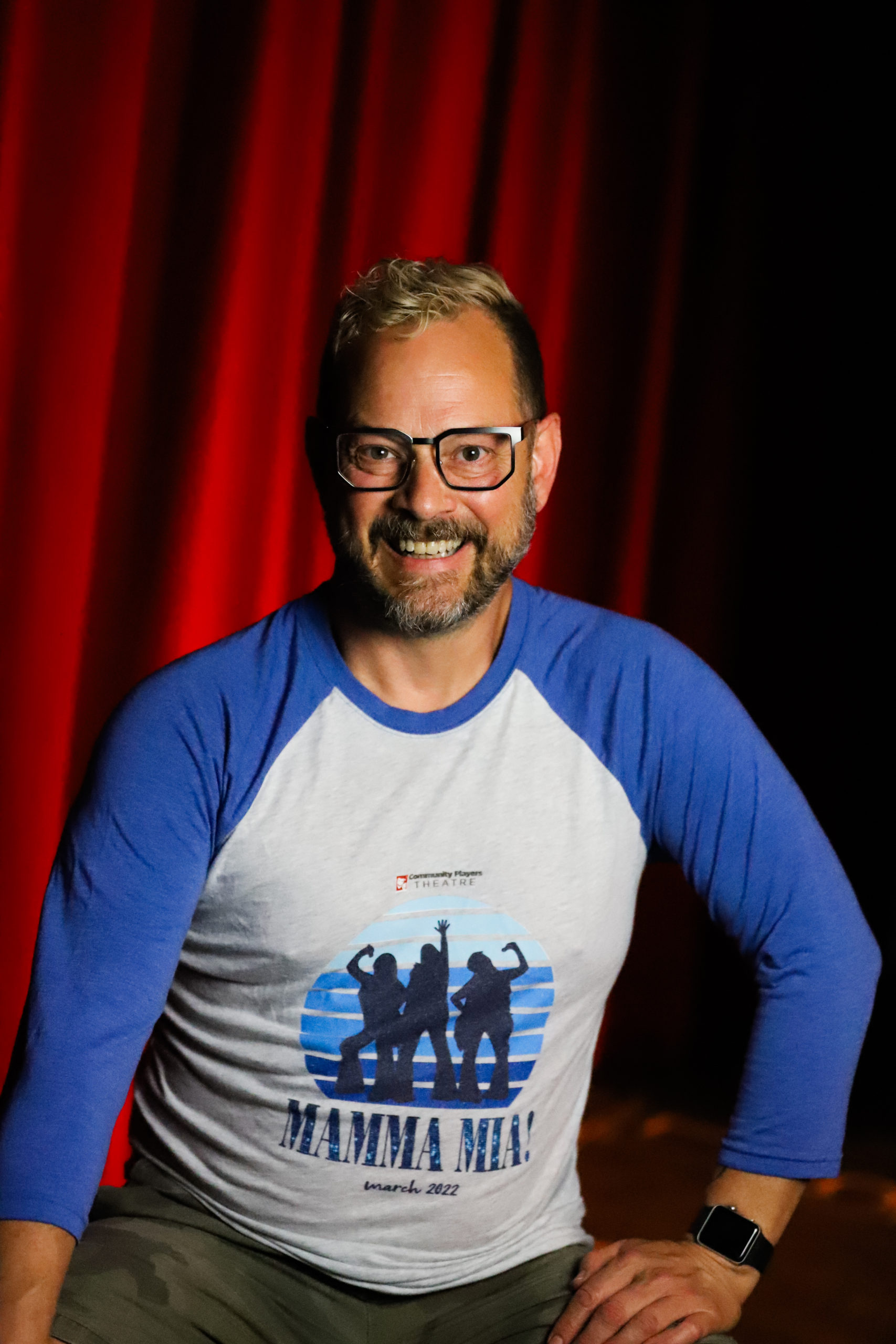 Ken Sprouls first started working with Community Players as costumer for Blythe Spirit in 2012 and helped with costumes and wigs for too many shows to remember since. In addition to his costume work, you may have seen him in Avenue Q (bad idea bear) or Wedding Singer (George). 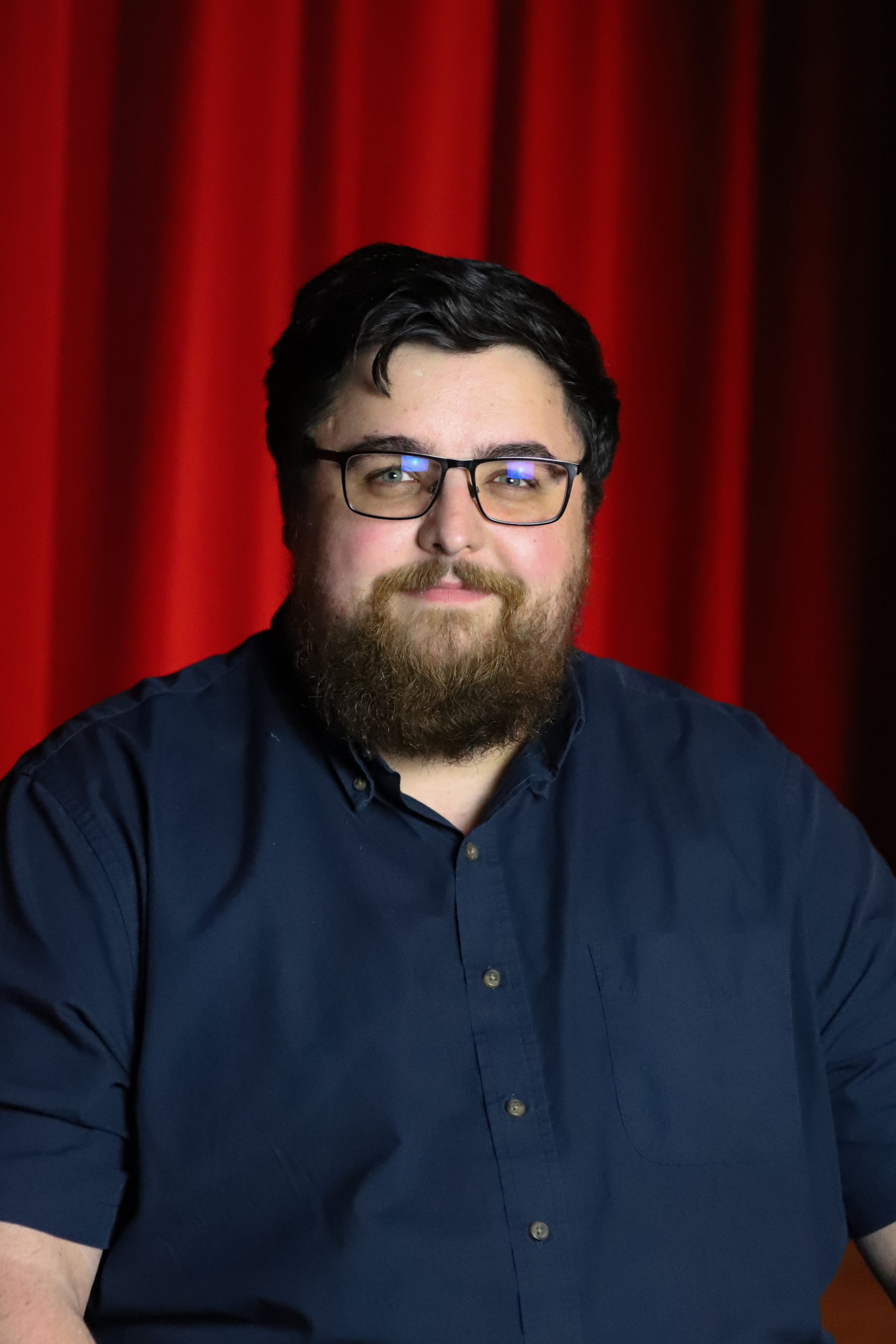 Michael Ainslie joins the board of Community Players Theatre for its 100th season, and is honored by the opportunity to maintain the vast workshops, as well as the menagerie of props and set pieces. Born and raised in Edinburgh, Scotland, Michael is deeply humbled by the friendships and community found with CPT. 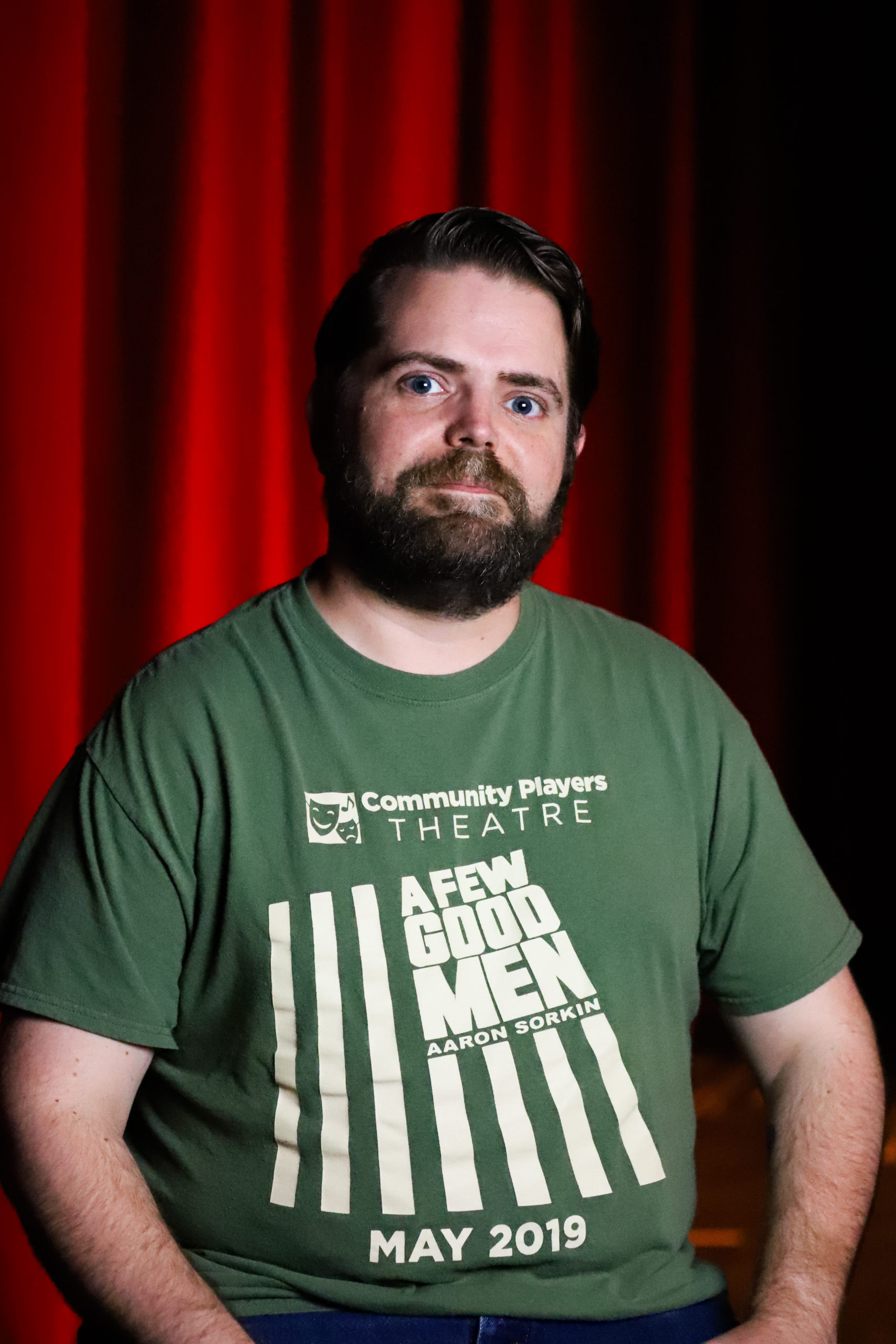 Jeff Ready has been a part of Community Players since the 1999-2000 season. He has been a part of more than 20 productions over the years and has previously served as the interim Set, Shop, and Props board member. Some of his favorite past productions have been A Few Good Men, And Then There Were None, 39 Steps, and Murder at the Howard Johnson; just to make a few. 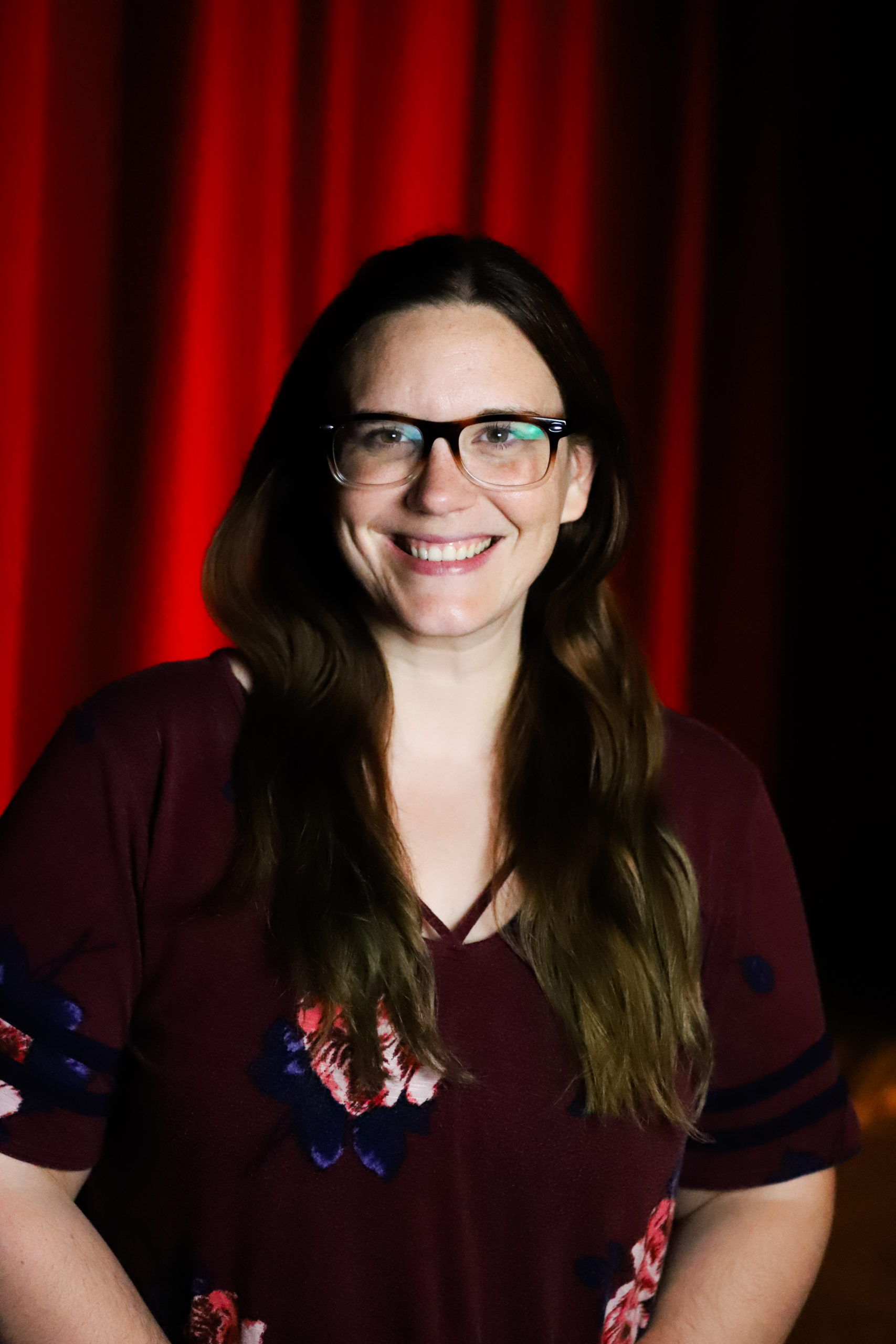 Emily Ohmart is honored to be a part of the Board of Governors. You may have seen her on stage recently as Julia in The Wedding Singer and Jack's Mom in Into the Woods. Emily currently works full time as the Lead Web Strategist with Cybernautic Web Design. She loves to cross stitch, admittedly watches way too much TV, and plays Dungeons and Dragons pretty regularly (#NerdAlert). 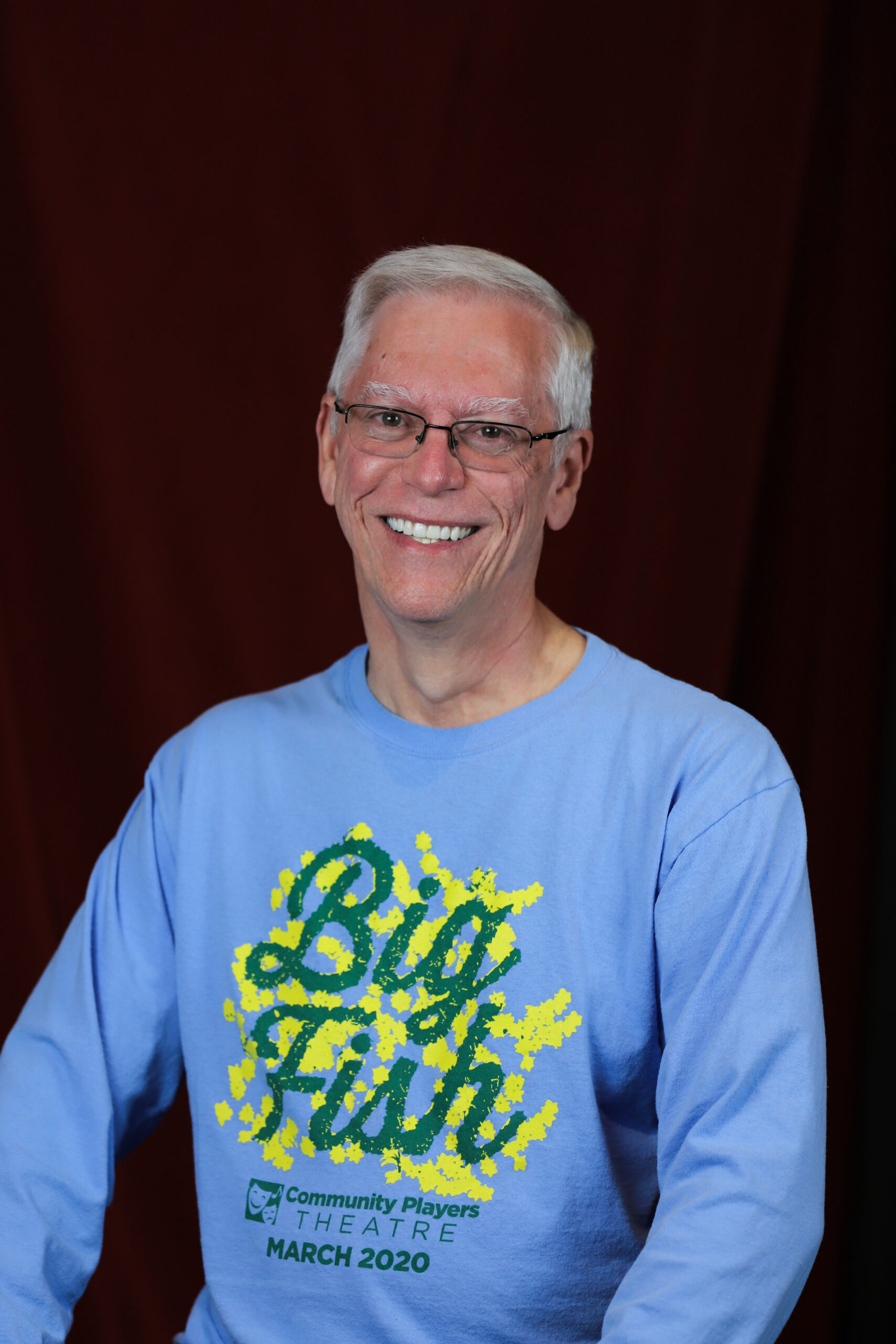 Scott Myers has been a part of Community Players Theatre in a number of capacities since 1976.From acting, directing, and producing, to once again serving on the Board of Directors.
Scott previously served on our board as Shop and Props Chair, as well as Fundraising Chair. On stage, he was most recently seen as one of the dads in our production of Mama Mia, and in the director's chair with our production of Elf the Musical. Darlene Lloyd has been a member of CPT since 2015. She was up on stage for two shows during the 93rd season at Players, Noises Off and Little Shop of Horrors. Darlene also began working in the Box Office during this time as the Assistant Box Office Manager. For the 94th season, Darlene found a passion behind the scenes as she co-produced her first show, A Streetcar Named Desire. She is currently producing the kids summer show, Lessons from Broadway: A Musical Review. Darlene also served as a member of the Play Reading Committee for a one year term. Darlene looks forward to having a place on the the Board of Governors for the next two years and hopes to get involved in many more aspects of Community Players Theatre. 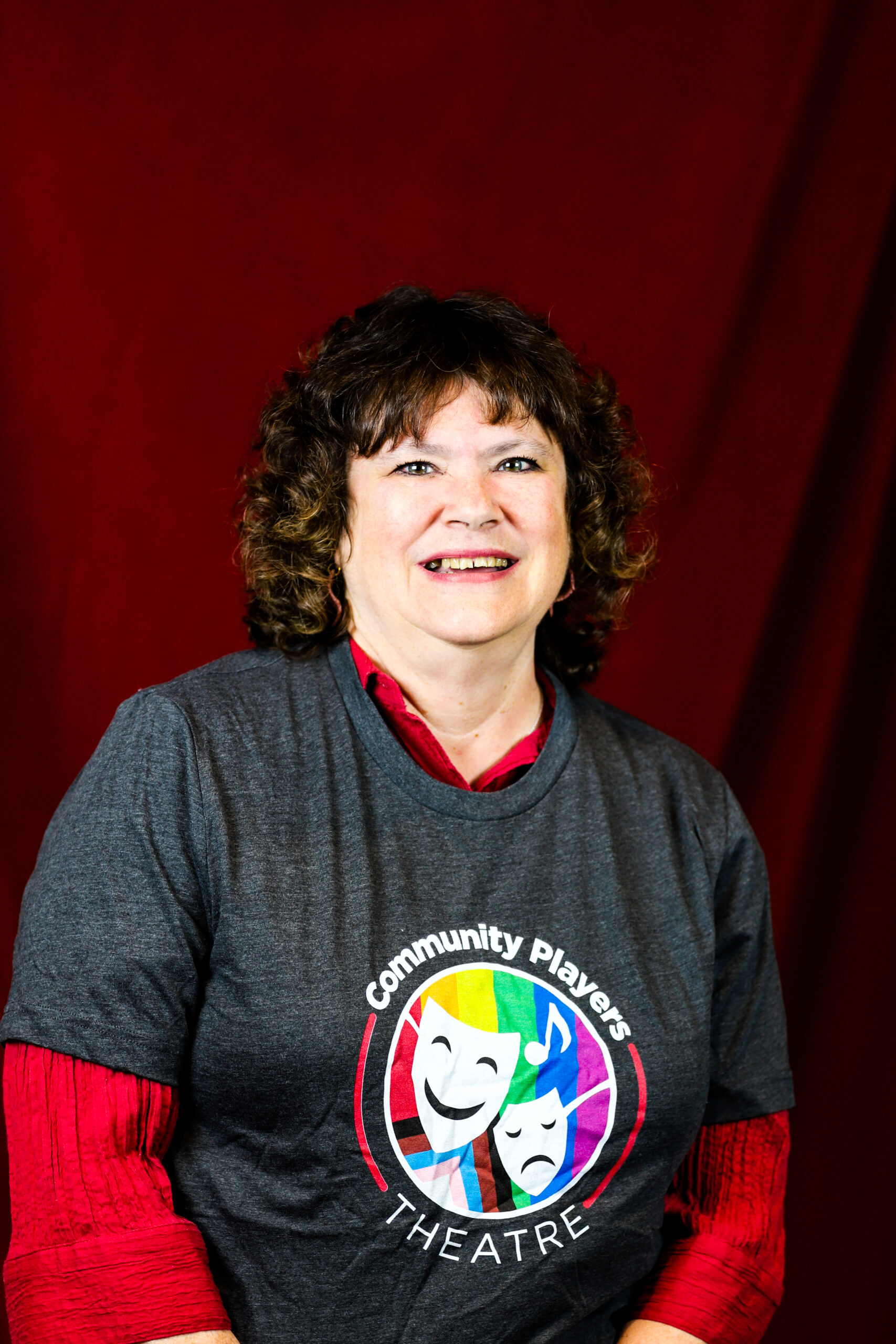 Opal Virtue - In 1985, Opal auditioned for a two-person show. She was not cast, but asked to house manage. A few months later, she auditioned for Once Upon a Mattress. She accepted a chorus member role, and the rest is history. In the next thirty-seven years, she has served on the Board of Governors twice, directed, produced, stage managed, house managed, costumed, and done props. Opal worked as a florist for twenty-two years and is currently enjoying retirement. 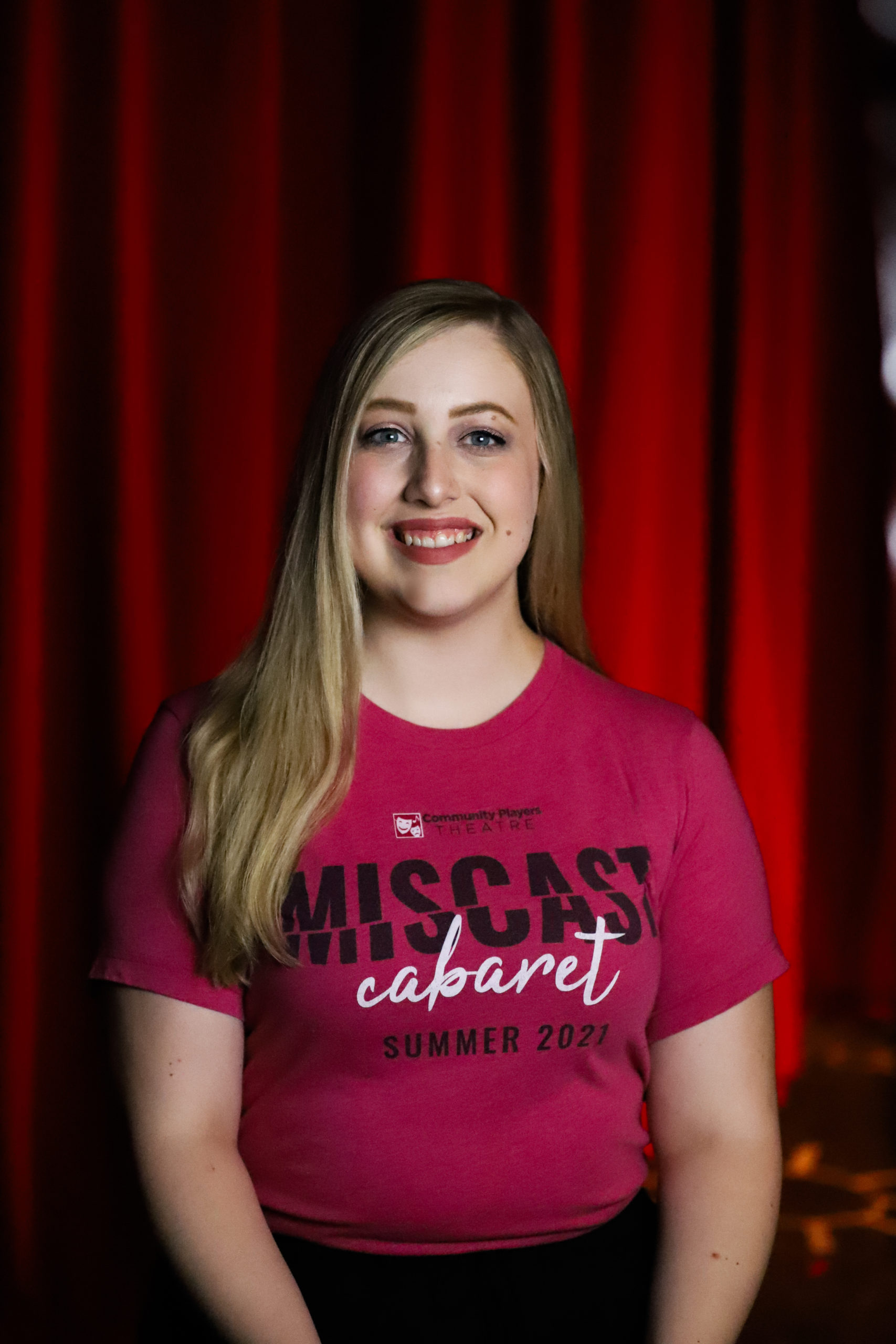 Jessa Hendricker is from Clinton, IL and recently received her Masters in Communication from Illinois State University in May 2019. The theatre has always been her second home. She has been a part of the Community Players family since 2017, appearing in productions of The Little Mermaid, Sister Act, Joseph and the Amazing Technicolor Dreamcoat, and The Addams Family. She is excited to be putting her talents in a new light, serving on the Board of Governors as the Fundraising Chair! She is grateful for this sweet place to just be herself and just breathe. Felicia Jiardina first joined Community Players Theatre in 2013 with the production of Spamalot. Since then she has enjoyed being cast in various productions over the years, including RENT, Legally Blonde, Wedding Singer and Matilda. She's also had the pleasure of supporting as a staff member of shows such as Raisin in the Sun and Dirty Rotten Scoundrels. Felicia is excited to become a part of the Board of Governors in a position that will create partnerships between our theatre and local businesses. 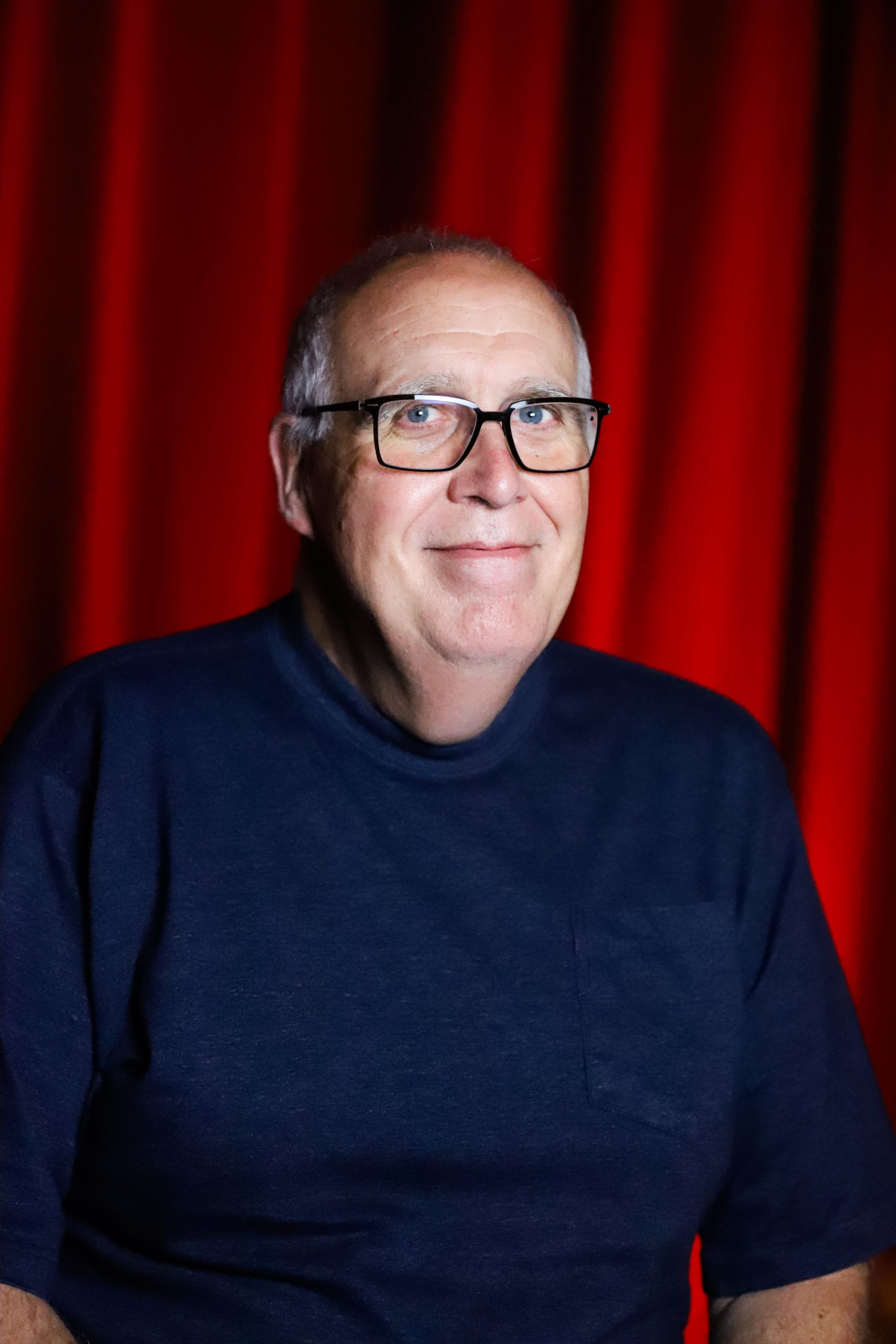 Dan Virtue has been involved in many shows at Community Players starting with Guys and Dolls back in 1993.  Over the years, Dan has been seen on stage several times (Charlotte's Web, 1776, Boy Meets Girl, and My Fair Lady). But he has found his true calling as a Lighting and Sound Effects designer for the many shows he has helped stage. Some of his favorites include: Sweeney Todd, Dracula, Titanic, Into the Woods, Urinetown: The Musical, and The Wedding Singer. Dan is retired from State Farm, where he was a Programmer/Database Administrator for 37 years.  Dan has served on the Community Players Board of Governors several times over the years, and is thrilled to be a part of the upcoming auditorium renovation! 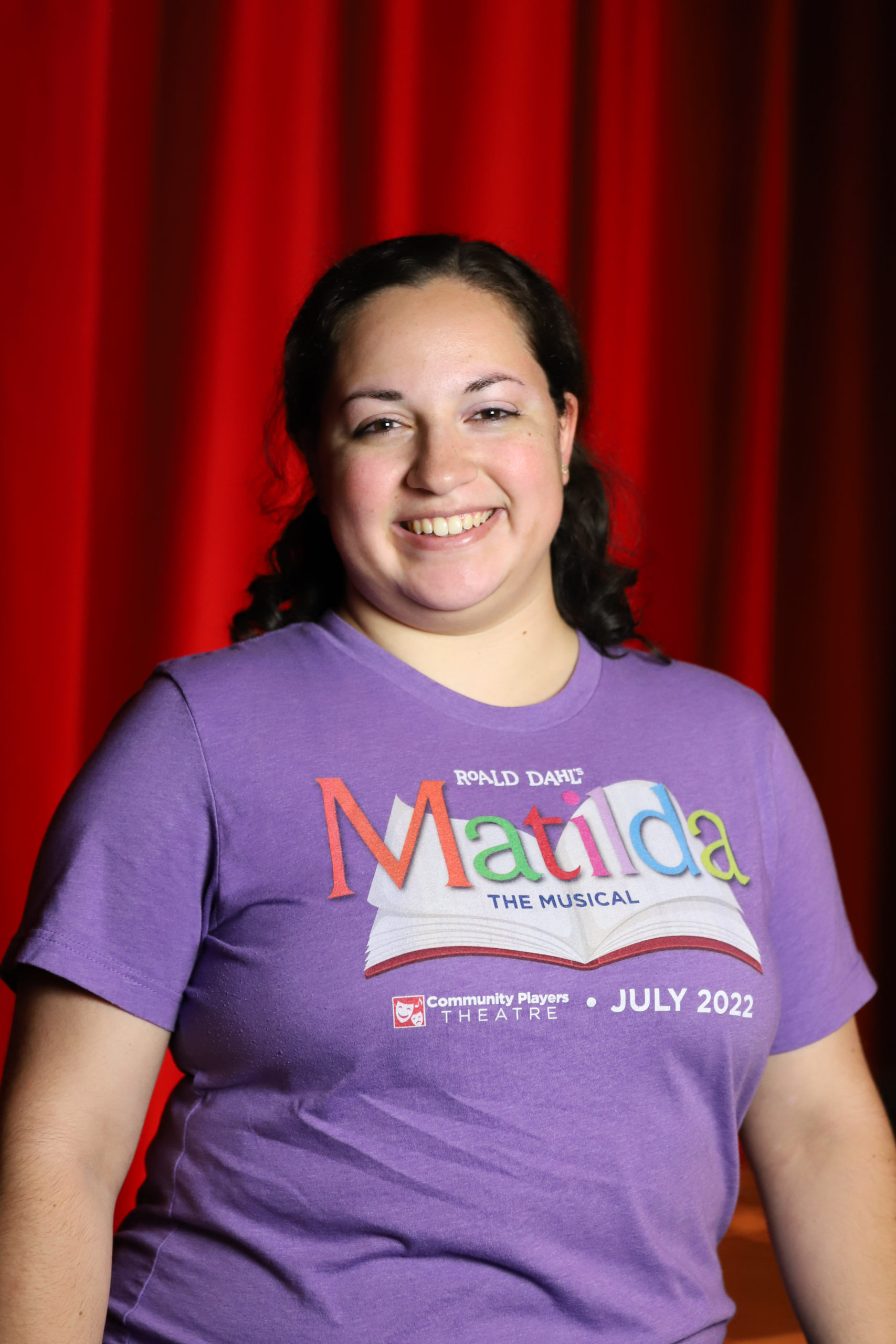 Morgan Rondinelli is honored to be a part of the Community Players Board of Governors, and use her talents in a different capacity to support the theater. She has been an active member of CPT since 2019, beginning as Lulu in Cabaret. Other roles have included Rebecca Gibbs in Our Town, as well as ensemble roles in Big Fish and Mamma Mia. With over fifteen years of dance experience, Morgan choreographed Miscast Cabaret and Elf the Musical in 2021. She will earn her MFA in Creative and Professional Writing in December. 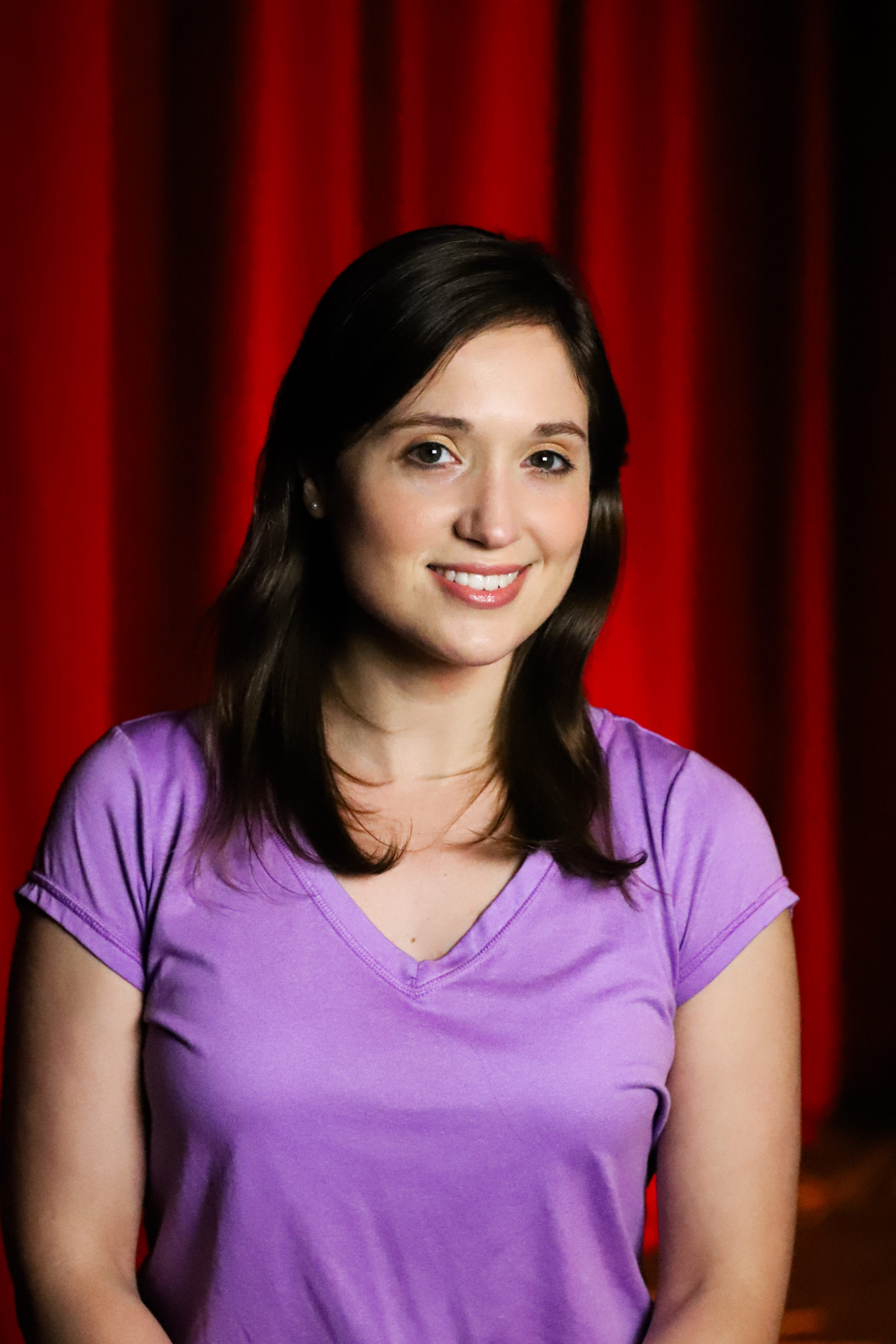 Britni Williams first got involved with Community Players Theater in 2019 as an actor in A Few Good Men. After performing in a few more shows, she became more involved in show production including sound, set building, and costuming. She is excited to help CPT remain financially sound for its next century of entertaining the Bloomington-Normal community.