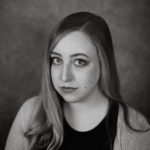 While there have been many mountings of this story both on screen and on stage, the 2013 adaptation of Rodgers + Hammerstein's Cinderella was the first version with the iconic Rodgers and Hammerstein score mounted on Broadway. Notable songs include “In My Own Little Corner,” “The Prince is Giving A Ball,” and “Impossible/It’s Possible.”  The new book by Douglas Carter Beane introduces several new characters, including a sympathetic stepsister, and features several additions from Rodgers and Hammerstein collection.

The story revolves around a young woman forced into a life of servitude by her cruel stepmother.  Ella dreams of a better life; and with the help of her Fairy Godmother, Marie, she is transformed into a strikingly beautiful lady and attends the ball to meet her prince.  Not only does she get her happy ending, she also opens the Prince’s eyes to the injustice in the kingdom.