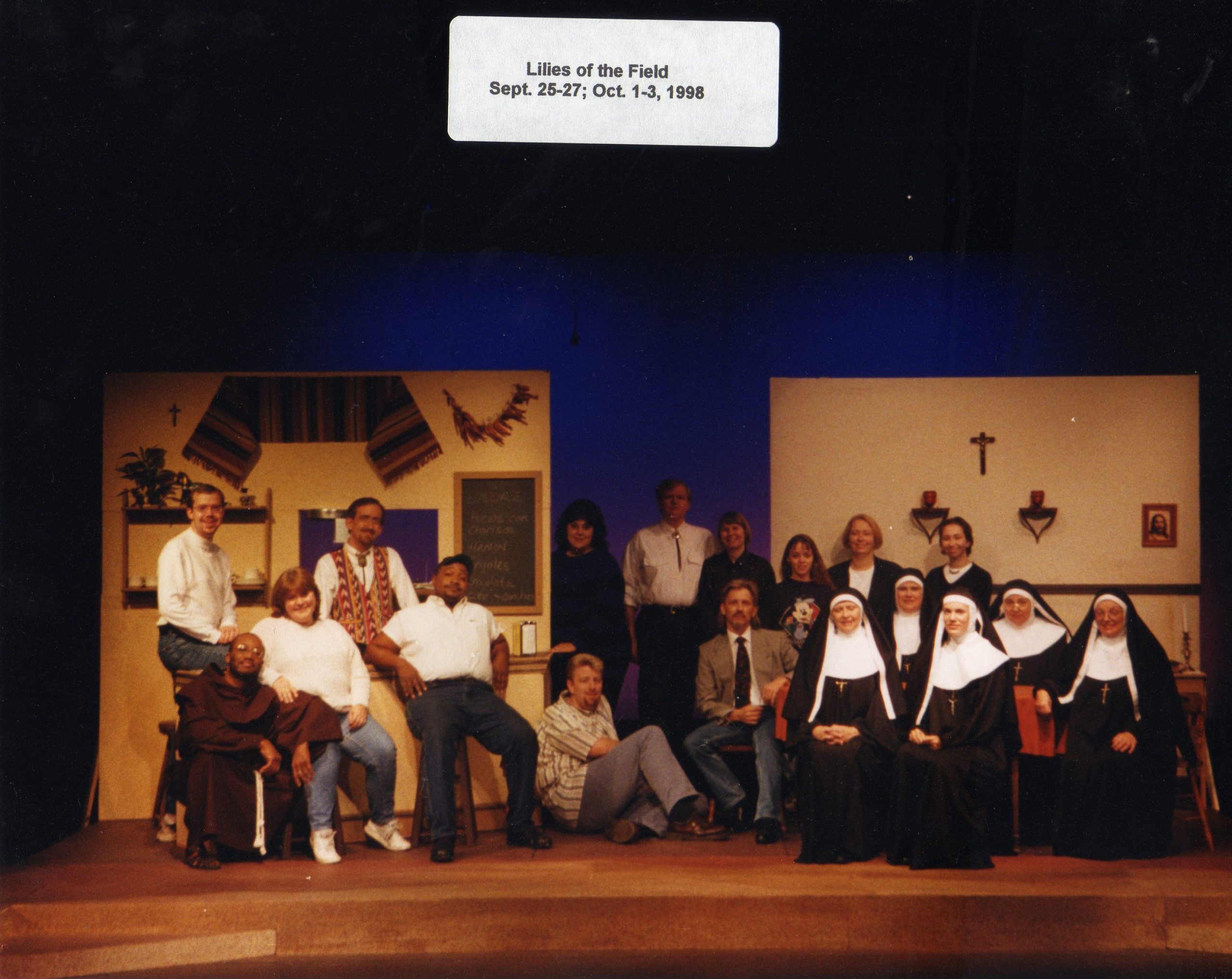 Lilies of the Field

“Lilies of the Field” tells the story of a man who decided to travel about the country after his discharge from the army. Homer Smith has fixed up a bed in the back of his station wagon and is headed west, his plan being to stop for a day’s work here and there as the spirit moves him. Rolling through a parched valley in the remote Southwest, he encounters a group of nuns working in the dusty fields, and his offer to help them for hire is quickly accepted. His job is to fix a leaky roof, but when the time comes to discuss payment, the rather imperious Mother Superior seems to understand even less English than usual. Although he has every intention of insisting on his pay and moving on, Homer stays for supper, and then another day, and another. Almost without realizing it he is drawn into the life of the nuns: giving them English lessons, buying food for their table, driving them to Mass, singing to them in the evenings, and most important, coming to share the dream of building the chapel, which is Mother Maria Marthe’s fondest hope. The project proves to be burdensome and discouraging; however, and as the weeks wear on, Homer, with no bricks, no pay, and no real hope for success, loses heart and resolves to go. He leaves, but just as Mother Maria Marthe is convinced that God sent Homer to her in the first place, so does she know in her heart that he will return—and he does. With the help of the local farmers and the gift of many adobe bricks, the chapel becomes a reality, and Homer, despite his staunch Baptist background, is invited to sit in the front pew for the first Mass to be said in it. But his work is done, faith has earned its reward, and he is free to go—this time for good. Yet even as he heads off into the quiet night the meaning of what he has accomplished begins to flourish and grow, creating a legend which, in time, brings fame and success to the nuns and instills in their hearts a lasting gratitude for the simple man who saw their need and gave unselfishly of himself to meet it.

Adapted by Andrew Leslie From a novel by William E. Barrett

The theme for the 76th season was “Big Secrets and Little Surprises.” All but one of the productions were new to Players. Through these productions, audiences were invited to explore people, places, and things that are quite often much more than they first appear. The season officially got underway with “Lilies of the Field,” a dramatization of the James Barrett novel. The performers and the technical staff received praise for their work.