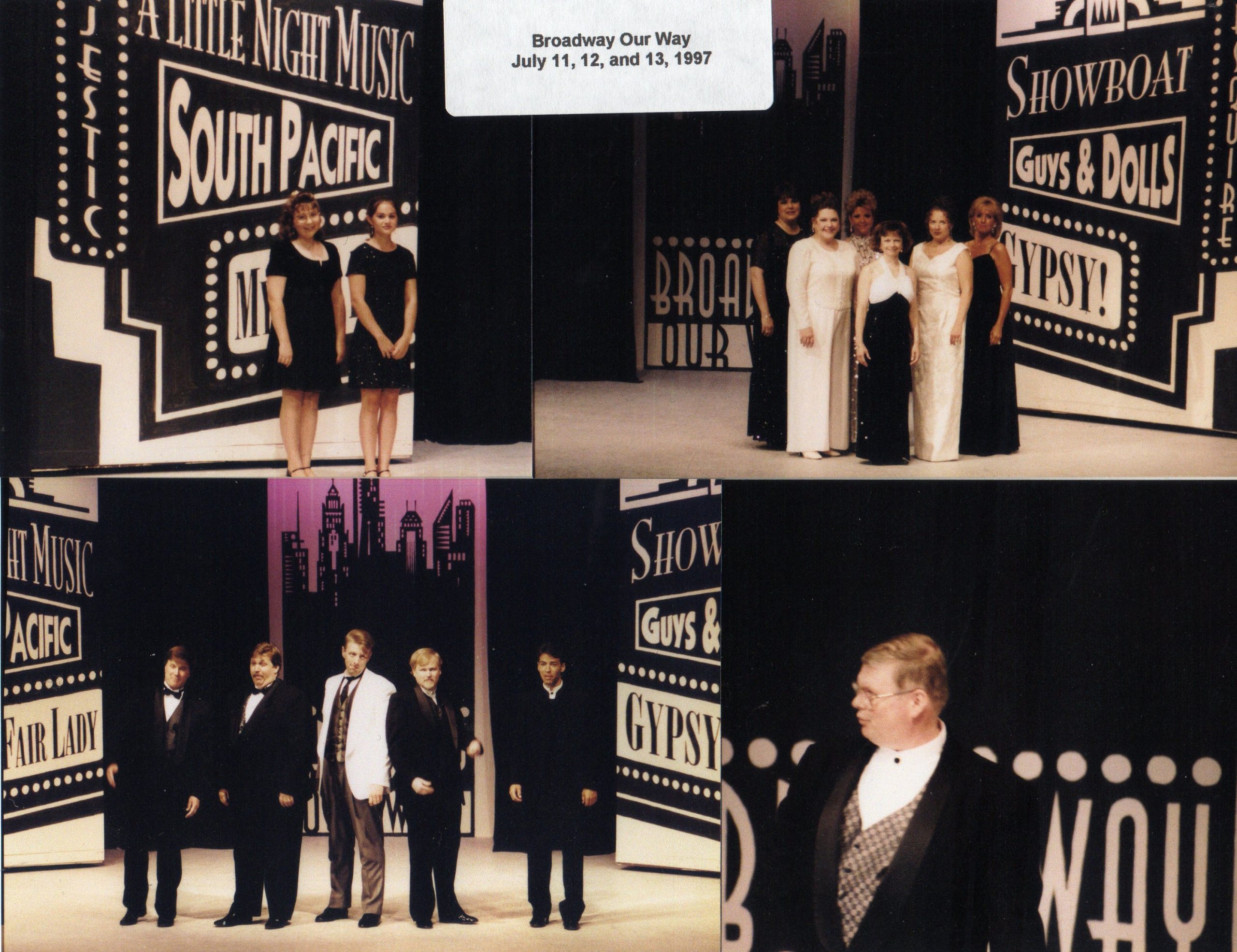 This musical revue told the story of Community Players through narration and songs that had performed during its 75 year history.

Following “Kiss Me Kate,” the Players produced a summer gala to benefit the “Theatre For Young People” program. Called “Broadway Our Way,” it was a musical revue of Broadway music, using love as the theme. Sally Parry coordinated the material, with Janet Frevert in charge of the three piece combo. Marcia Weiss did stage direction, Kathleen Parrish was the producer/choreographer, and Carolyn Beyer was the costumer. The show ran for three performances with modest success. During the “tech” week, Terry Dawson and Paul Dillow installed additional choir microphones to enhance sound from the stage to the audience. Funds were provided by the Town of Normal Harmon Grant. The Players also refurbished the lobby in readiness for their 75th season.

The Road to Robinhood-A Commemorative History of the Community Players was being written by Bruce Parrish, Tony Holloway, Gary Schwartz, and the early work of Dr. Wilson Baltz. The booklet would be sold during the 75th season. The booklet was dedicated to the individuals who have made the Community Players into one of the oldest active community theatres in the nation.