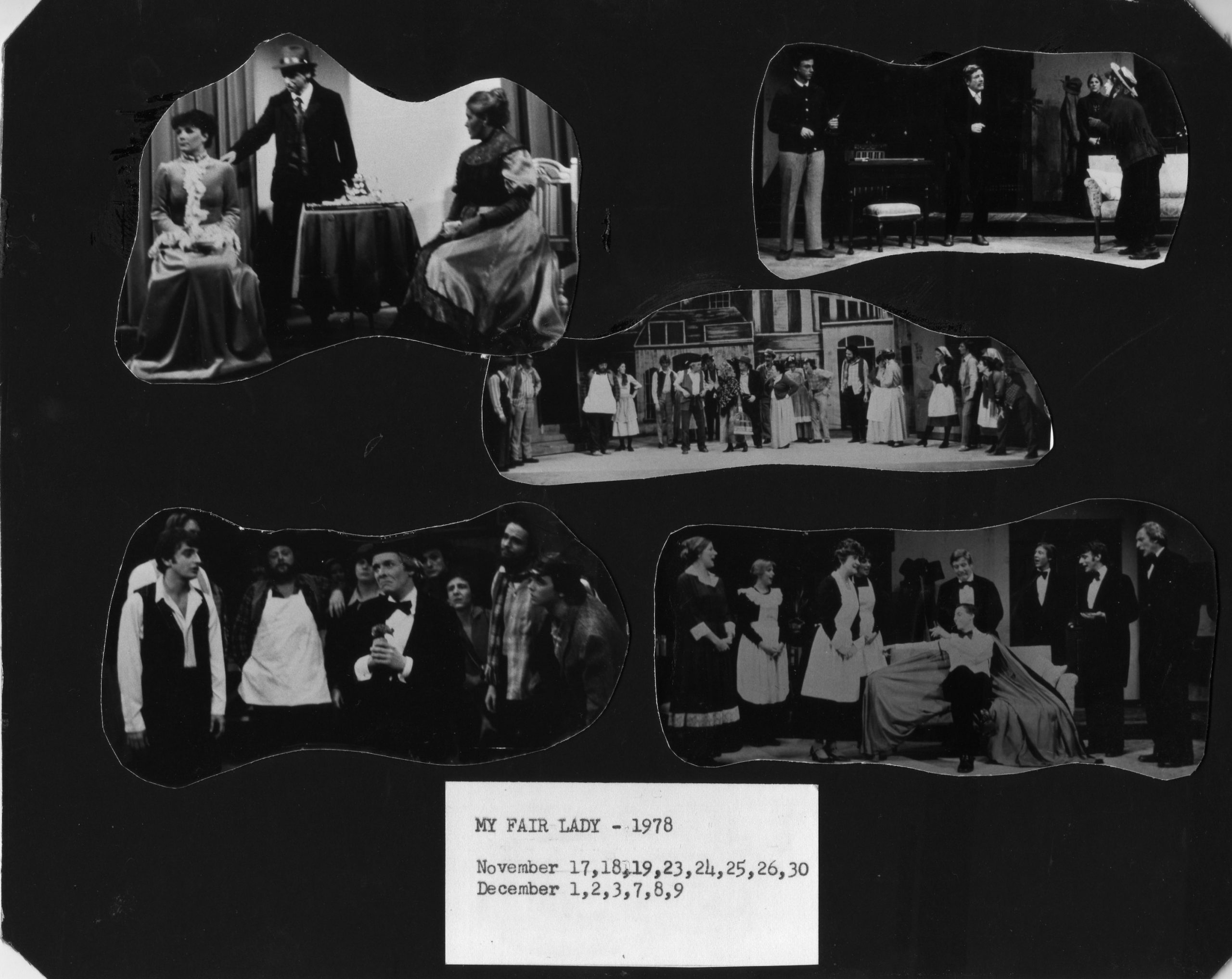 “My Fair Lady” tells the story of the over-confident Professor Higgins and his experiment that attempts to transform a cockney girl, Eliza, into a proper-speaking lady. Higgins and his friend Colonel Pickering make great progress with the girl, and they even take her to the horse races and to a grand ball. Nevertheless, they still treat Eliza as a mere experiment and not as a human being. When Eliza runs away, Higgins realizes that she is more than just an experiment; indeed he is in love with the girl.

This was the first production of “My Fair Lady” for the Community Players. It would be revived as the opening show of the 75th Season. The production had four incidents of note: It was the first show to be rescheduled due to a power outage. The cast performed several songs from the show under the emergency lights until the audience was able to safely leave the building. Many stayed for the songs, but left before the battery operated lights began to die out. This opportunity allowed for entertainment and encouragement for the audience to return for the just added performance the next afternoon. One now-funny, but at the time scary incident was that newcomer L. Jane Thomley was trapped in the basement by the outage, and at that time the emergency lights had yet to be installed, so the darkness made it impossible for her to find the steps. Producer Ruthie Cobb, remembering that Jane was probably still in the basement, went to rescue her using candles purchased from the Eagle Store-today, the Bloomington Post Office.

The show ran all 14 performances to sold-out houses, including a special Thanksgiving evening sold-out performance. One of the producers was married to a radio station manager, and on an evening after the matinee, made a Dolby recording of the music for the cast and crew only. And last but not least, the cast sold bunches of silk violets (while holding umbrellas) in the lobby to earn money to repair the auditorium roof. One evening, the lobby was leaking from the rain storm, and at that performance donations were their highest. Again printed in the program was a ballot for selections of actors, productions and costumes for the upcoming end of the year gala awards banquet.