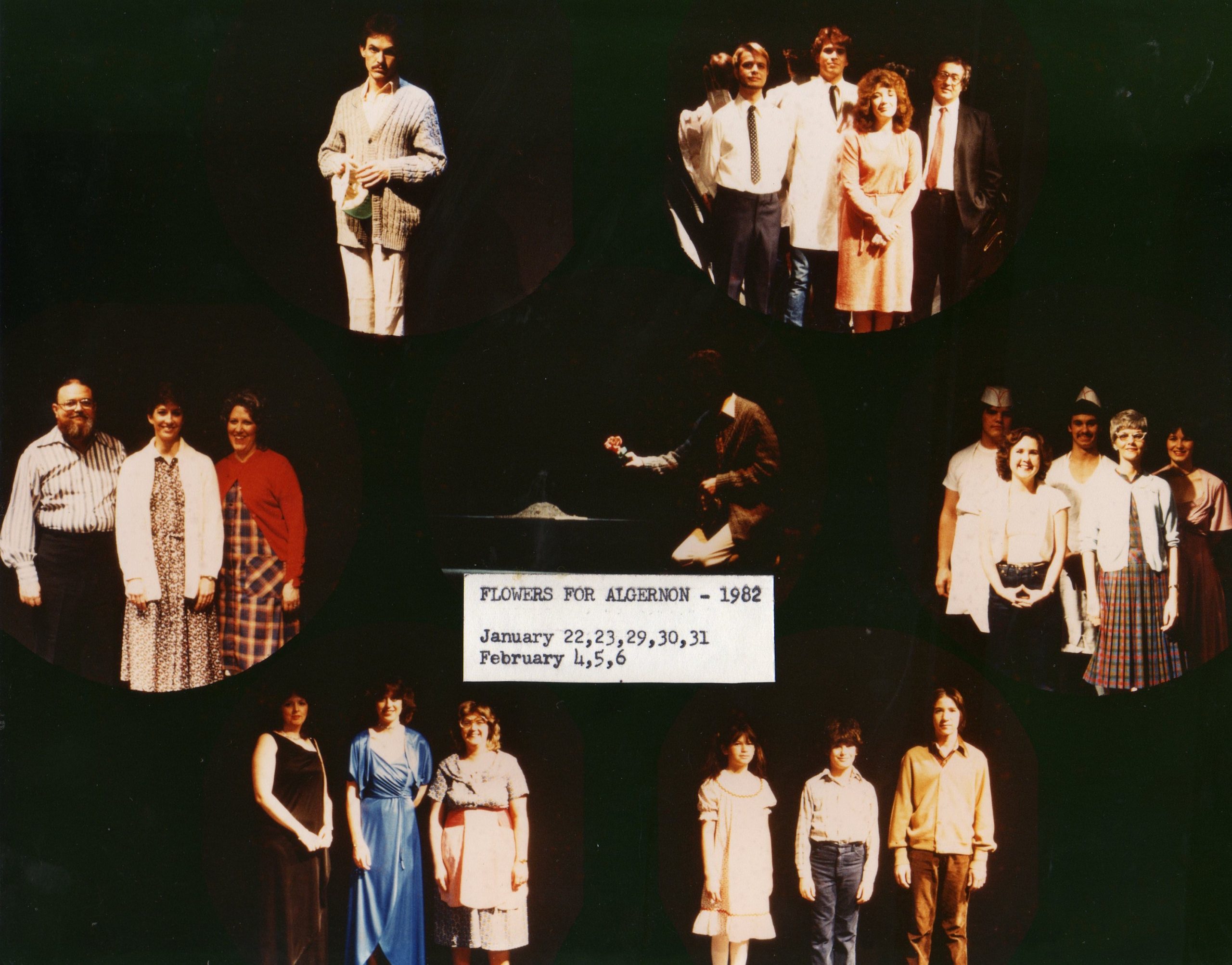 This is the compelling story of Charlie, a mentally retarded man, and the strange interweaving of his life with that of Algernon, a mouse. Experimental surgery has been performed on Algernon increasing his intelligence fourfold. The operation is tried on Charlie, who rapidly changes from a moron to a genius, far more intelligent than his teacher, Alice Kinnian, or the doctors who created the operating technique. As Charlie approaches the peak of his brilliance, Algernon shows frightening symptoms of regression. The play becomes a race against time in which Charlie tries to keep his new intelligence long enough to save himself and thus continue what he and Alice have found. This is a different kind of play: poignant, romantic, funny and tragic, but with hope of man’s indomitable spirit.

Author: David Rogers
Based upon a novel by Daniel Keyes

It was announced in the “Flowers for Algernon” program that the newly renamed Recognition Banquet would be held on Saturday, June 5, 1982 at 7:00 p.m. at the Ramada Inn in Bloomington. All actors, season ticket holders, and guests were invited to purchase tickets to attend the dinner. Along with the end of the year meeting, a recap of the past season, and the announcement of the new season, attendees would have the opportunity to meet the directors and producers for the Community Players 60th Season.

So moved emotionally was the reviewers, that they wrote of leaving the production with tears streaming down their face. “Flowers for Algernon” had the second highest profit for a non-musical during the season.