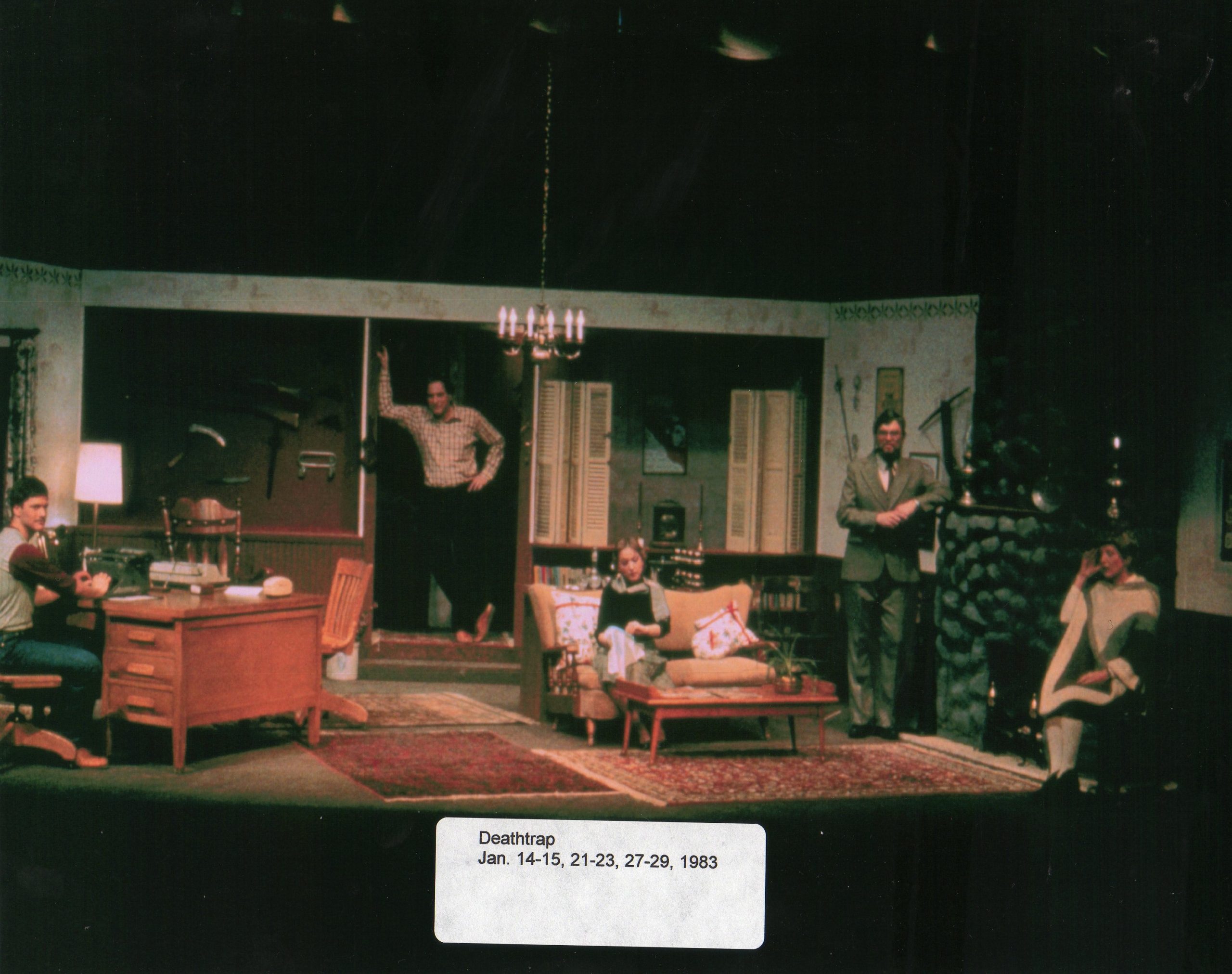 Seemingly comfortably ensconced in his charming Connecticut home, Sidney Bruhl, a successful writer of Broadway thrillers, is struggling to overcome a “dry” spell which has resulted in a string of failures and a shortage of funds. A possible break in his fortunes occurs when he receives a script from a student in the seminar he has been conducting at a nearby college—a thriller which Sidney recognizes immediately as a potential Broadway hit. Sidney’s plan, which he devises with his wife’s help, is to offer collaboration to the student, an idea which the younger man quickly accepts. Thereafter suspense mounts steadily as the plot begins to twist and turn with devilish cleverness and an abundance of thrills and laughter.

“Deathtrap” brought in many newcomers to Players. It was the first time that Jane Thomley directed and Alan Wilson produced. Four of the five cast members were first timers for Players. In the program, the passing of Players veterans Adele Litt, a past “Friends of Players” recipient, and Elliot Kuhn, who participated in the initial production for Community Players of “Overtones” in 1923, was noted.

One of the unique features of the set included a working fireplace in which papers had to be burned onstage during the production. A special firebox was created, and several fire extinguishers were kept ready in case of any emergency. Their use was never required.