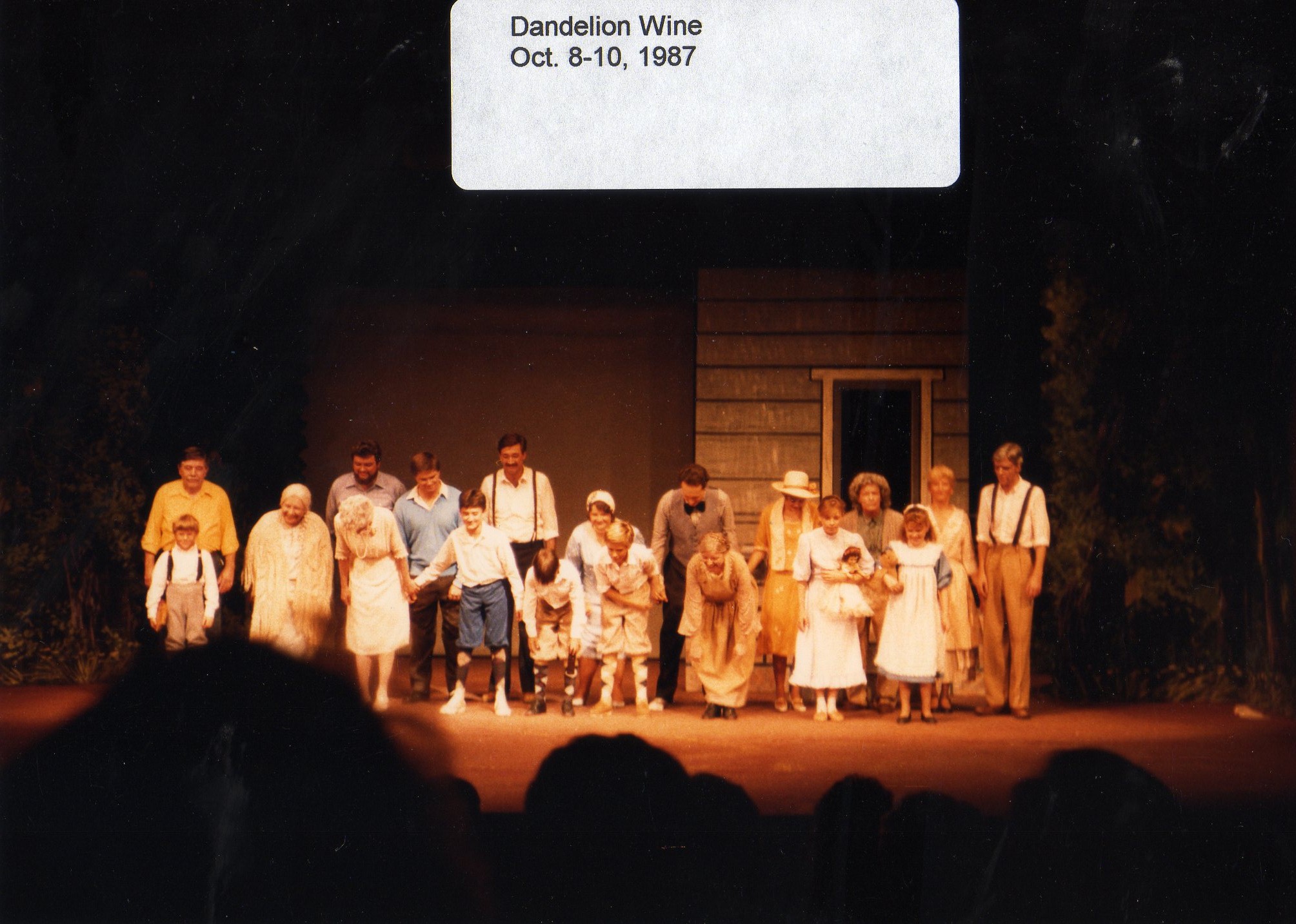 “Dandelion Wine” was adapted by Megan Sebastian from Ray Bradbury’s lilting autobiographical novel of his boyhood summer remembrances. Bradbury wrote of his grandfather, who every June would harvest a crop of the yellow lawn-dwellers, distill and bottle their nectar then store the glass containers on a cool basement shelf to be uncorked and quaffed in the dead of winter. A whiff of dandelion wine, he promised, would bring a golden midsummer’s balm into the dark depths of January’s abyss. (This synopsis was written by Pantagraph writer Dan Craft.)

For the second show of the season, Players chose an original script called “Dandelion Wine,” a theatrical adaption of the Ray Bradbury book by Megan Sebastian. It was performed five times over three days including three school shows. Mr. Bradbury sent an acknowledgment to Ms. Sebastian during the performance. The Preview Section of the Saturday, October 3, 1987 edition of The Pantagraph had a picture of the program’s front cover and a photo article about “Dandelion Wine” and the upcoming production by the Community Players. This production was the only time that Megan Sebastian directed for the Players. The production was funded in part by a grant from the Illinois Arts Council, a state agency, and the McLean County Arts Center.