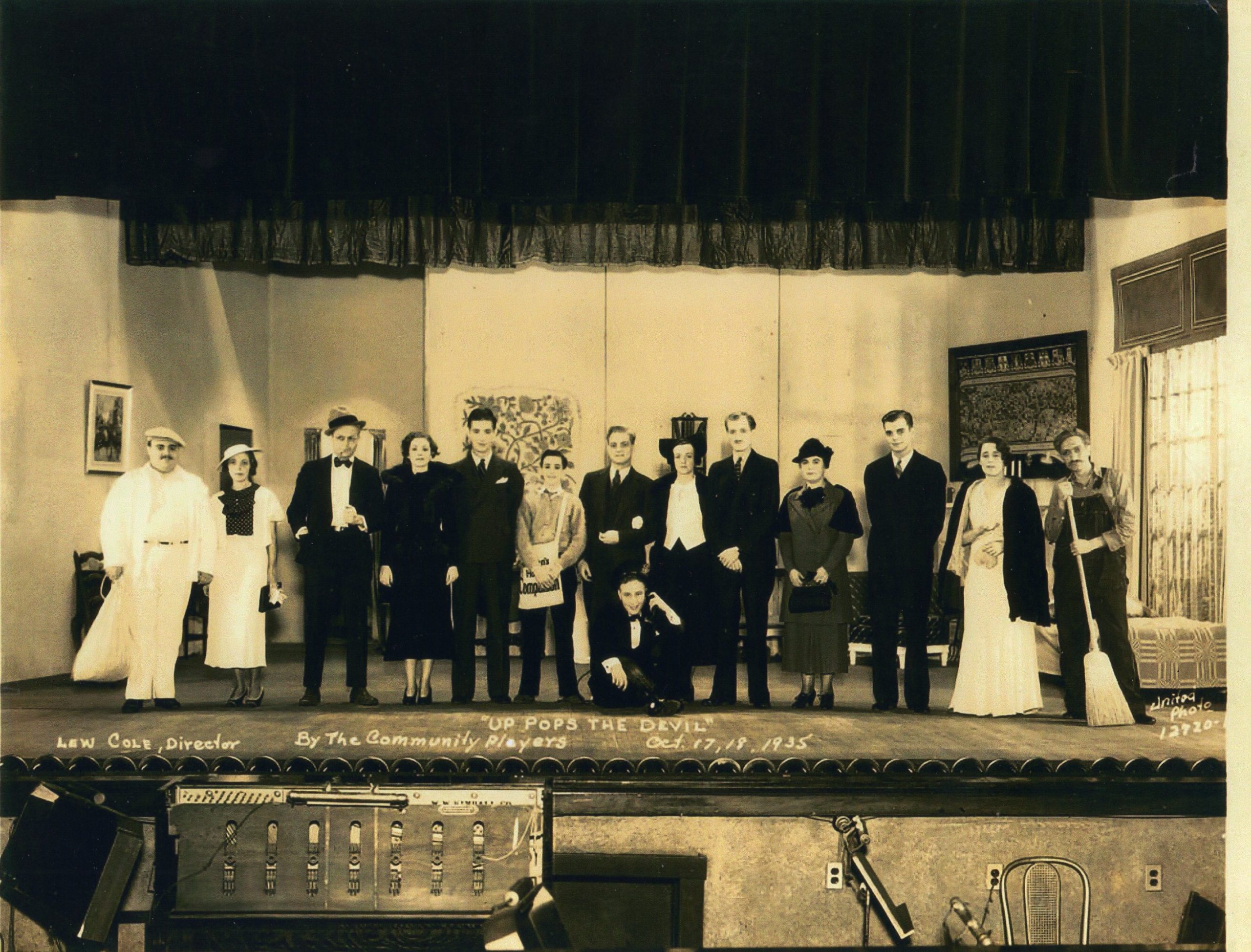 Up Pops the Devil

In this romantic comedy, an aspiring writer encounters a wealthy publisher who gives him an advance on the first two chapters of his book. Meanwhile, his wife helps out by becoming a chorus girl in a nightclub review. Instead of enjoying the peace and quiet of home life, the poor writier finds himself inundated by unexpected visitors and minor household diasters. Among the visitors is a flirtatious Southern gal who tries to lure him away from his wife. At the same time, the publisher has become enamored of the husband’s wife and tries to tempt her with money. The wife thinks he is simply offering her more advance money on her husband’s book. Mayham ensues when the couple begin to suspect each other of cheating. Following their separation, the man becomes a famous writer. Eventually he realizes that he has only loved his wife all along. The two reconcile and all ends happily for the couple.

The authors, Frances Goodrich and Albert Hackett, did not team up until Frances asked Albert to help her finish up an idea she had been struggling with for quite awhile. The result was the Broadway success “Up Pops the Devil.” The couple was then asked to write the screenplay for the movie version of “Up Pops the Devil.” While in Hollywood, the team wrote screenplays for “The Thin Man” series and many other notable Hollywood film successes such as “It’s a Wonderful Life,” “Father of the Bride,” “Easter Parade,” and “Seven Brides for Seven Brothers.” Frances and Albert always felt that their crowning achievement was the dramatization of “The Diary of Anne Frank,” which won two Tony Awards and The Plutizer Prize for Drama. They were also asked to write the screenplay for Anne Frank.