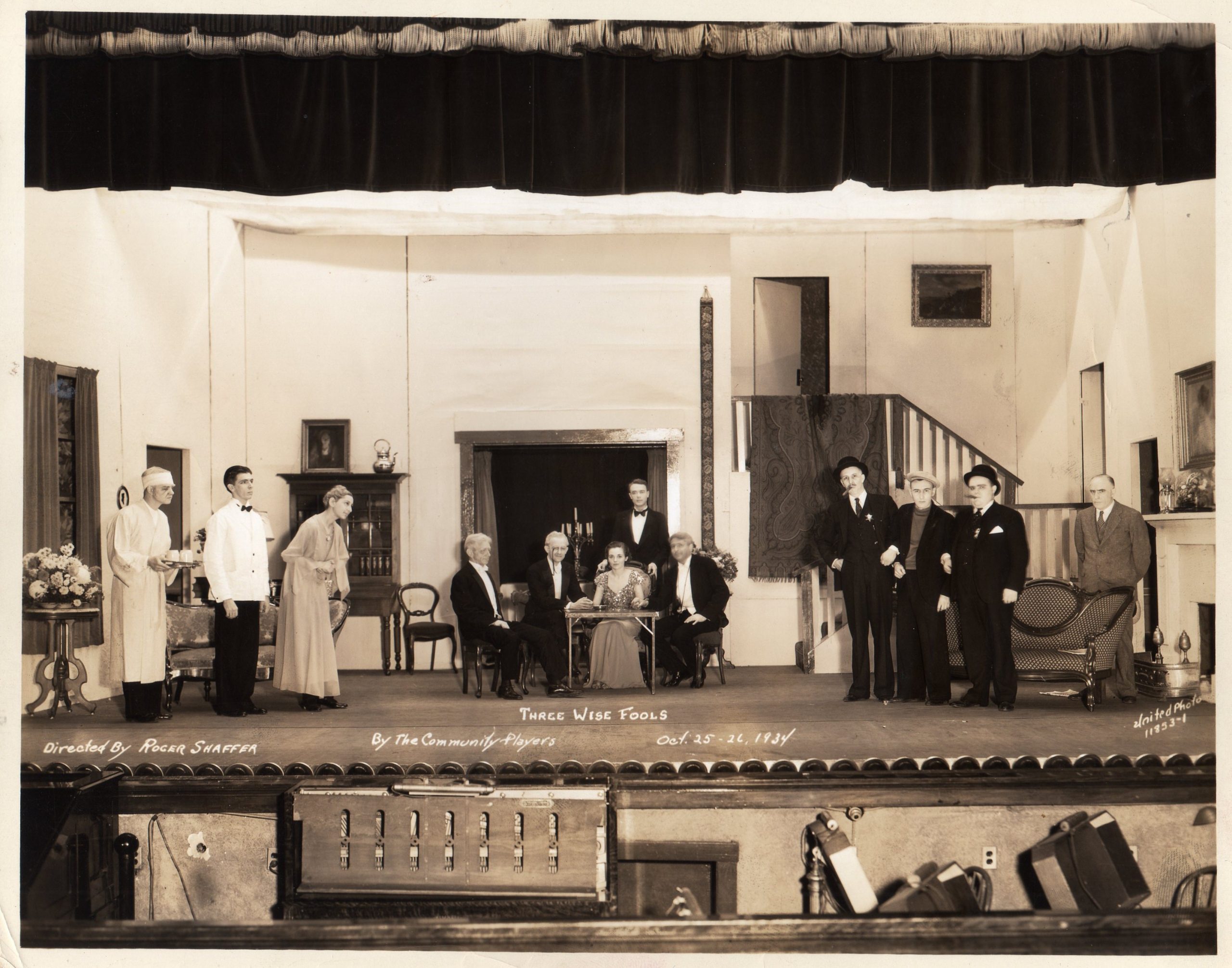 The Three Wise Fools are a judge, a physcian and a finacier who share a home and live in a rut of methodical habit. Into their lives comes the daughter of a woman all three loved in earlier years. From that monent, miraculous changes begin to take place.

This season marked the 12th Season for the Community Players, and so Players was offering five shows for the cost of four. The four shows announced were “Three Wise Fools,” “Michael and Mary,” “Big Hearted Herbert,” and “The Great Divide.” The fifth show was yet to be determined. A list of nine possible choices was offered up for consideration, yet none of them were chosen; instead the Philip Barry play “Holiday” closed out the season.