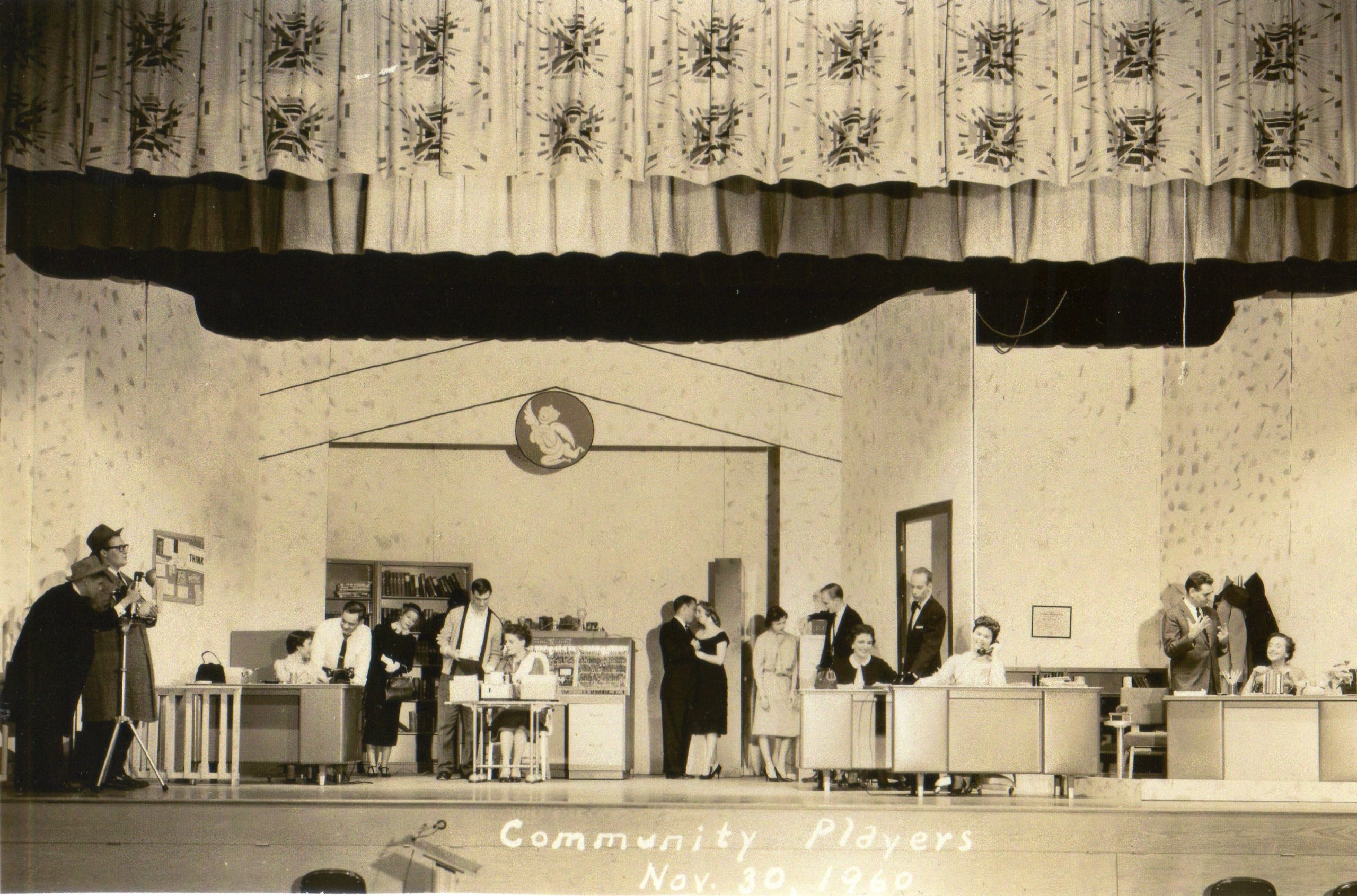 “The Desk Set” tells of Bunny Watson, a woman with an encyclopedic knowledge of facts and figures who works in a television network reference department. Electronic brains (Emmaracs) are being installed to do the work of people, soon replacing whole departments, but Emmarac cannot best Bunny in a game of wits. Bunny’s work and efficiency causes Emmerac to blow fuses.

It was decided that a two show season would be performed at the newly opened Bloomington High School Auditorium. The following season was proposed for board approval: “The Desk Set” and “The Moon is Blue.” The executive board felt that a two show season would keep our identity in front of the community. Meanwhile, Hank Mulliken and Architect Harry Riddle, Jr. presented plans for the new theatre building on Robinhood Lane. At this same meeting, Mrs. Grace Kessler Green presented the board with a $1,000 check for the new building in memory of Winnifred Kates James. Both of these ladies had been in the first production “Overtones” presented in 1923 at the Turner Hall. Winnifred Kates James also acted and directed in numerous productions for Community Players in the early years.

The Man in the Shirt-Sleeves

The Lady in the Blue Dress