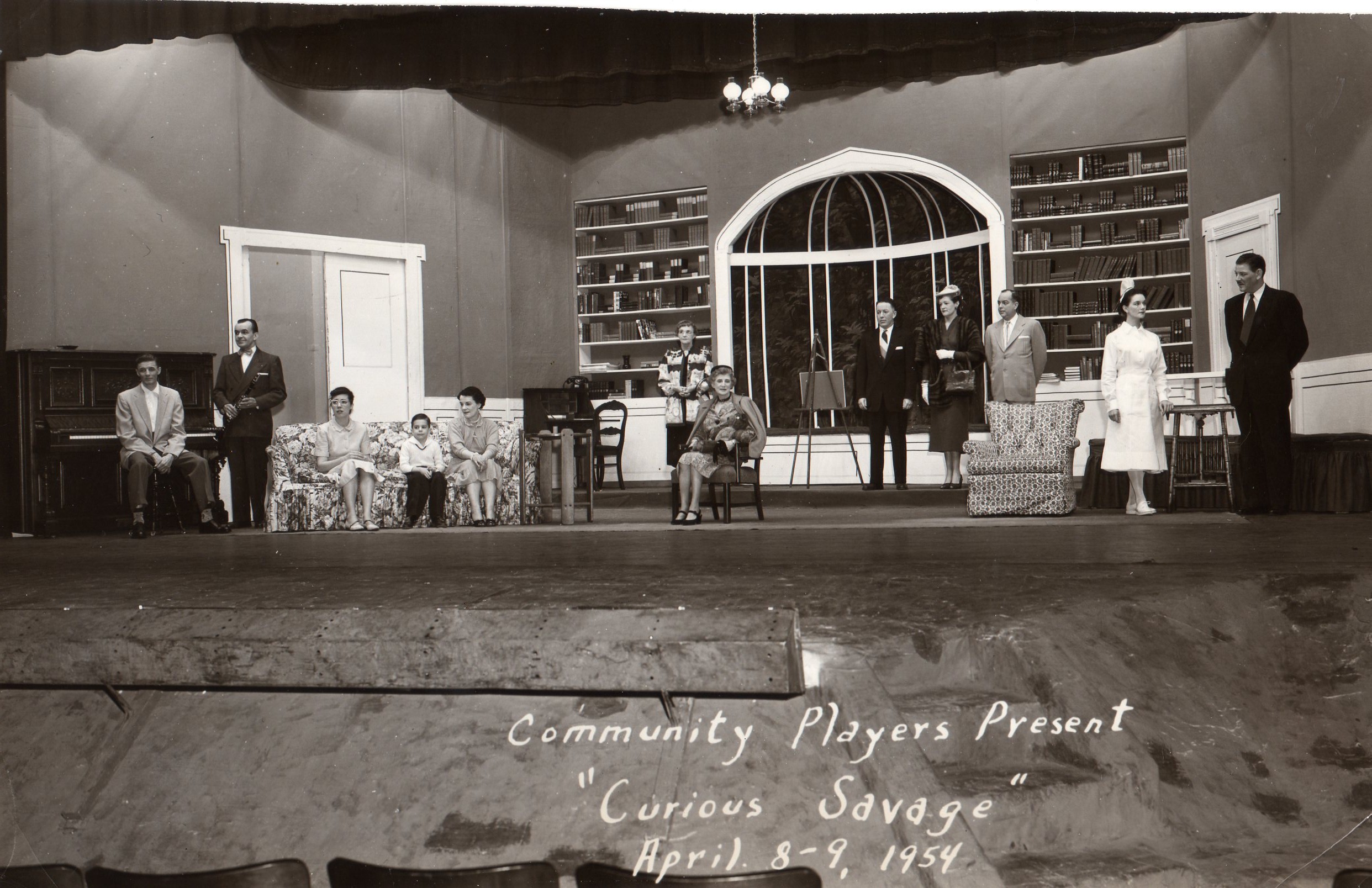 Mrs. Savage has inherited $10 million dollars but her eager step-children wish to assist her in distributing the funds. When they commit her to an institution, she discovers various social misfits who need the help she can provide. This comedy leaves the audience feeling that the neglected virtues of kindness and affection have not been entirely lost in a world that seems at times to be motivated only by greed and dishonesty.

At the annual end of the year meeting, the chairman of the building committee, Dean Litt, reported on the 215 East Jefferson property. The house had now been rented at $60 a month and the rear of the lot had been graveled and rented to the Texaco station for parking at $40 a month. Members were shown Mr. Hilfinger’s plans for the new 445-seat theatre. The estimated cost was listed at $200,000 and would require the Players to give six performances for each of the four shows a season to accommodate the membership. The total number of season tickets sold for 1953-1954 was 2,574.