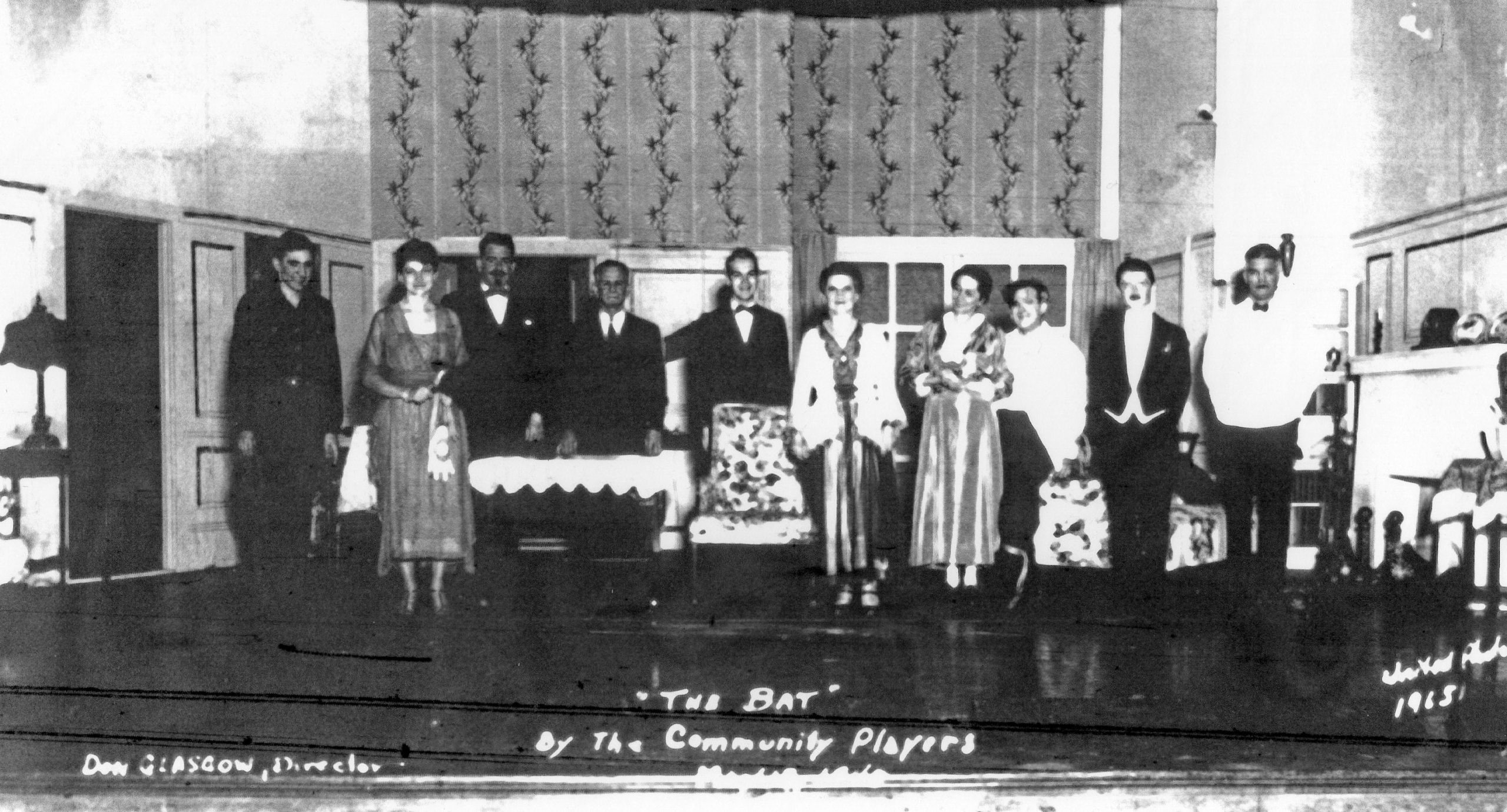 This thriller revolves around Cornelia Van Gorder, a maiden lady of 60, who rents the summer home of a banker who had been reportedly killed in Colorado. She is warned that mysterious things are happening, but she refuses to move. Then a large sum of money is discovered missing from the dead man’s bank, and it is suspected that, far from being dead, he stole the money and is only waiting for a chance to sneak back to get it. Four other people are also after the money: the bank cashier, who is wrongly accused of taking it, a detective engaged by Mrs. Van Gorder to clear up the mystery, a doctor friend and supposed confederate of the missing banker, and The Bat, a notorious thief who has long eluded the police.

“The Bat,” a 1920 mystery thriller, had been announced for two performance dates of April 19 & 20 at the Majestic Theatre; however, the manager of the Publix theaters (which included the Majestic) refused to allow the Players to use their theatre for Players’ closing show. The manager gave no reasons for his refusal. Upon hearing this news, an emergency April 6th Players board meeting was called. Players had to scramble to find a place to perform “The Bat.” Finally, Normal Community High School agreed to a May 18th performance date. This was the only time that the auditorium of Normal Community High School would be used by the Community Players. It was later learned that the city fire marshal would not allow the Majestic to be used.