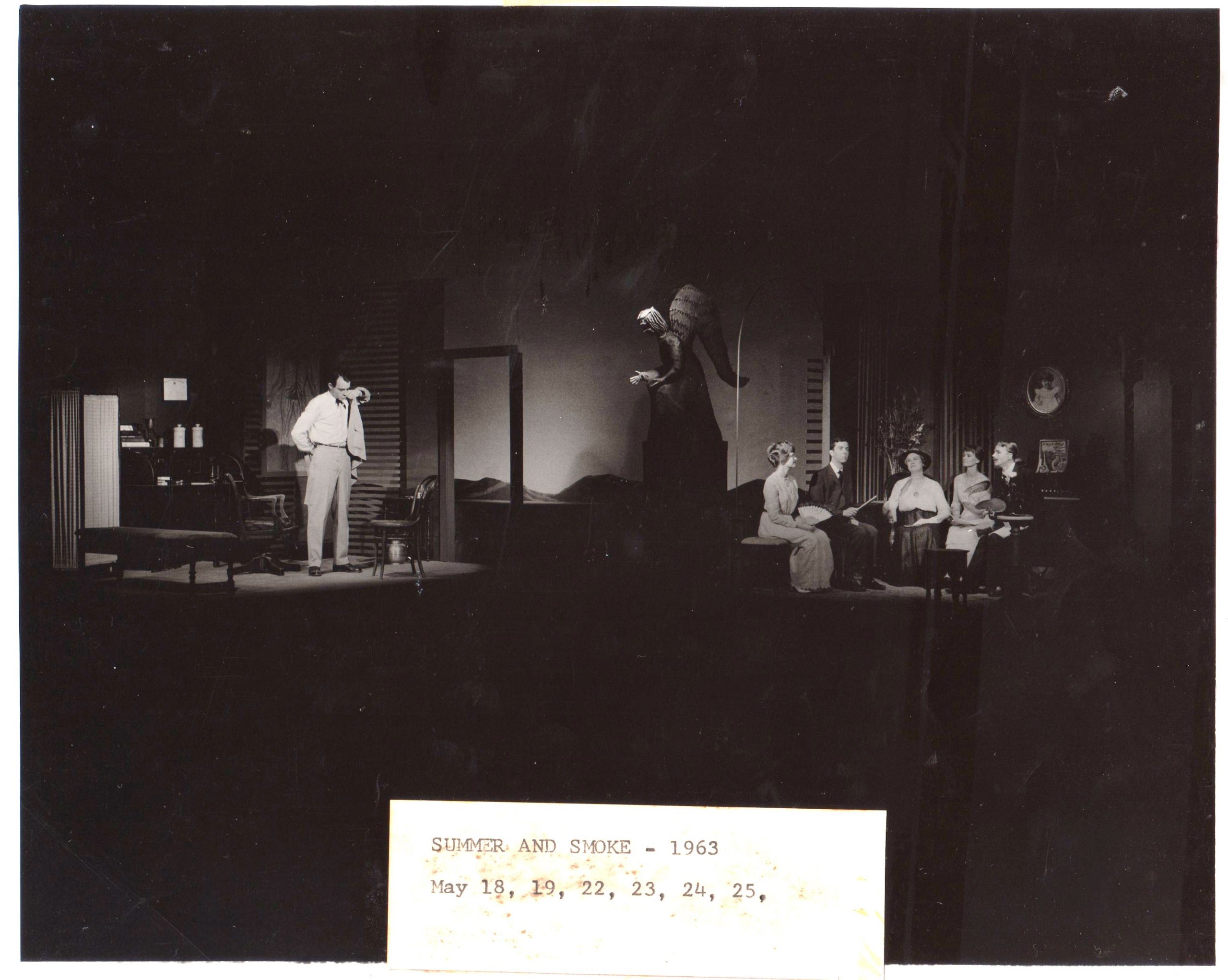 “Summer and Smoke” is a simple love story of a somewhat puritanical Southern gal and an unpuritanical young doctor. Each is attracted to the other, but because of their divergent attitudes toward life, each, over the course of several years, is driven away from the other. Not until the end does the doctor realize the girl’s high idealism is ultimately right, and while she is still in love with him, it turns out that neither time nor circumstance will allow the two to come together.

“Summer and Smoke” began rehearsals without a scheduled opening date, other than early May. First, May 11th was announced, then it was moved to May 17th. However, due to a conflict with “The Passion Play,” Players moved their opening to Saturday, May 18th. The ticket demand for this play was so great that a Sunday performance was added. During the run of “Summer and Smoke,” a photographic history of the Community Players celebrating their 40 years was on display in the lobby of the theatre. On May 29th, the end of the year meeting was held at the Robinhood Lane Theatre building celebrating a very successful first season in the building. A Pantagraph photo article celebrated both the 40 years of Community Players and the formal dedication of the theatre building. Featured in the photo were Community Players first Players’ President Carl Vrooman and the current President Lou Ann McClure both being welcomed by the builder and the President of the Trustees, H.C. ‘Hank’ Mulliken.

Alma, as a child

John, as a child