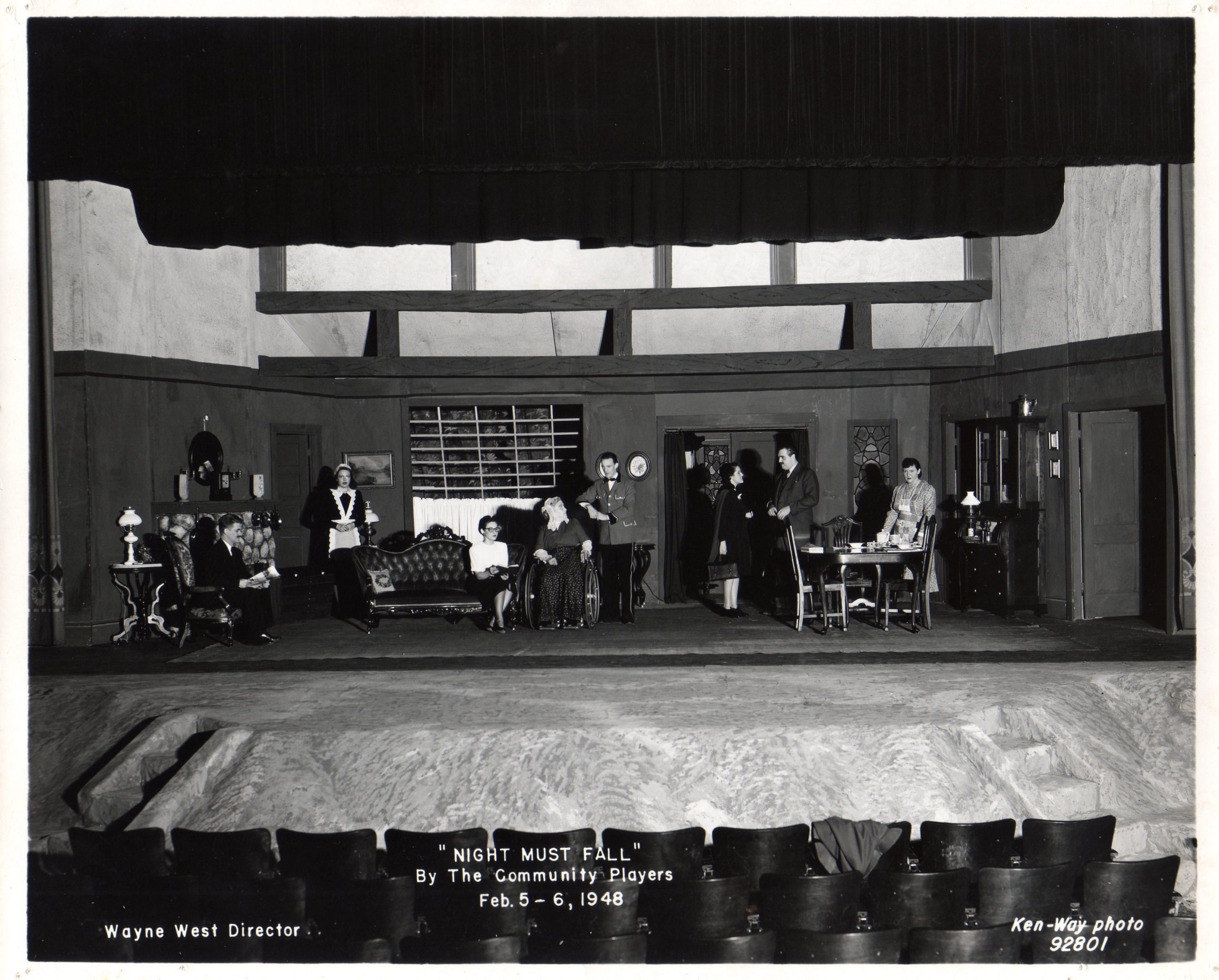 Dan, a bellhop who arrives at the Bramson bungalow, has already murdered one woman, and there is little doubt that he will soon murder another: the aged Mrs. Bramson herself. Dan skillfully insinuates himself into her affections while attempting to seduce her suspicious niece Olivia from exposing his diabolical intentions. And though she professes loathing, Olivia is attracted and fascinated by Dan, fatally so.

For the play “Night Must Fall,” Community Players had to work with a board member from The Scottish Rite Temple on censoring language to meet what was considered community standards. Before this meeting took place, committee members had already approved the removal of the words ‘illegitimate’ and ‘nymphomaniac.’ These words had been written to describe the character of Dan and his mother.