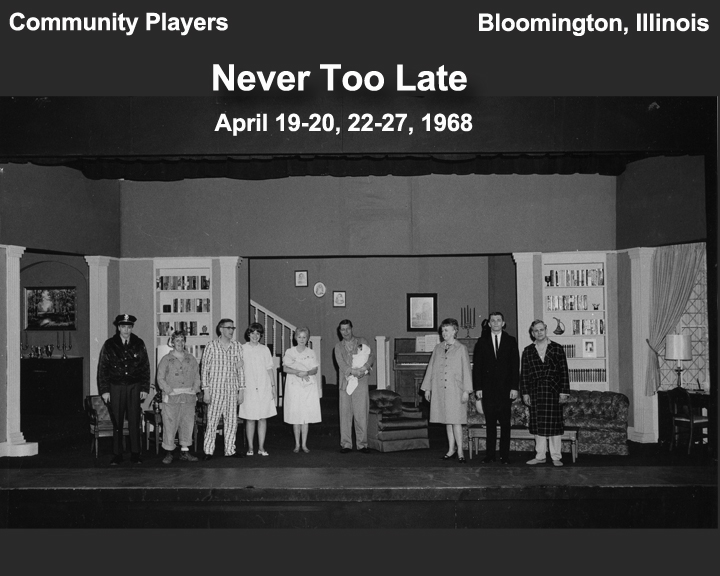 “Never Too Late” is about a married man who, in his fifties, suddenly learns he is becoming a father again. Harry’s last child, a girl, was born 24 years ago and considering the boob she married, Harry finds the prospect of another child unthinkable. His daughter and son-in-law live with Harry: she gets up for breakfast at noon and he is curiously addicted to solitaire. It is not only the impending birth that startles Harry; his previously meek wife begins to lay down the law. There is to be a nursery, a new bath, and she is to have her own checking account. Such dour capitulation you’ll never see again. This show was a Broadway success of an old fashioned domestic farce that had a long run. “Never Too Late” was also successful in dinner theaters and community theaters across the county in the mid-1960’s.

“Never Too Late” closed out the 45th Season at Players with the highest single admission ticket sales other than “Damn Yankees.” The final total was $977 in single admissions. The production staff kept the costs well below their budget, which also factored into making this show the most successful play of the season.