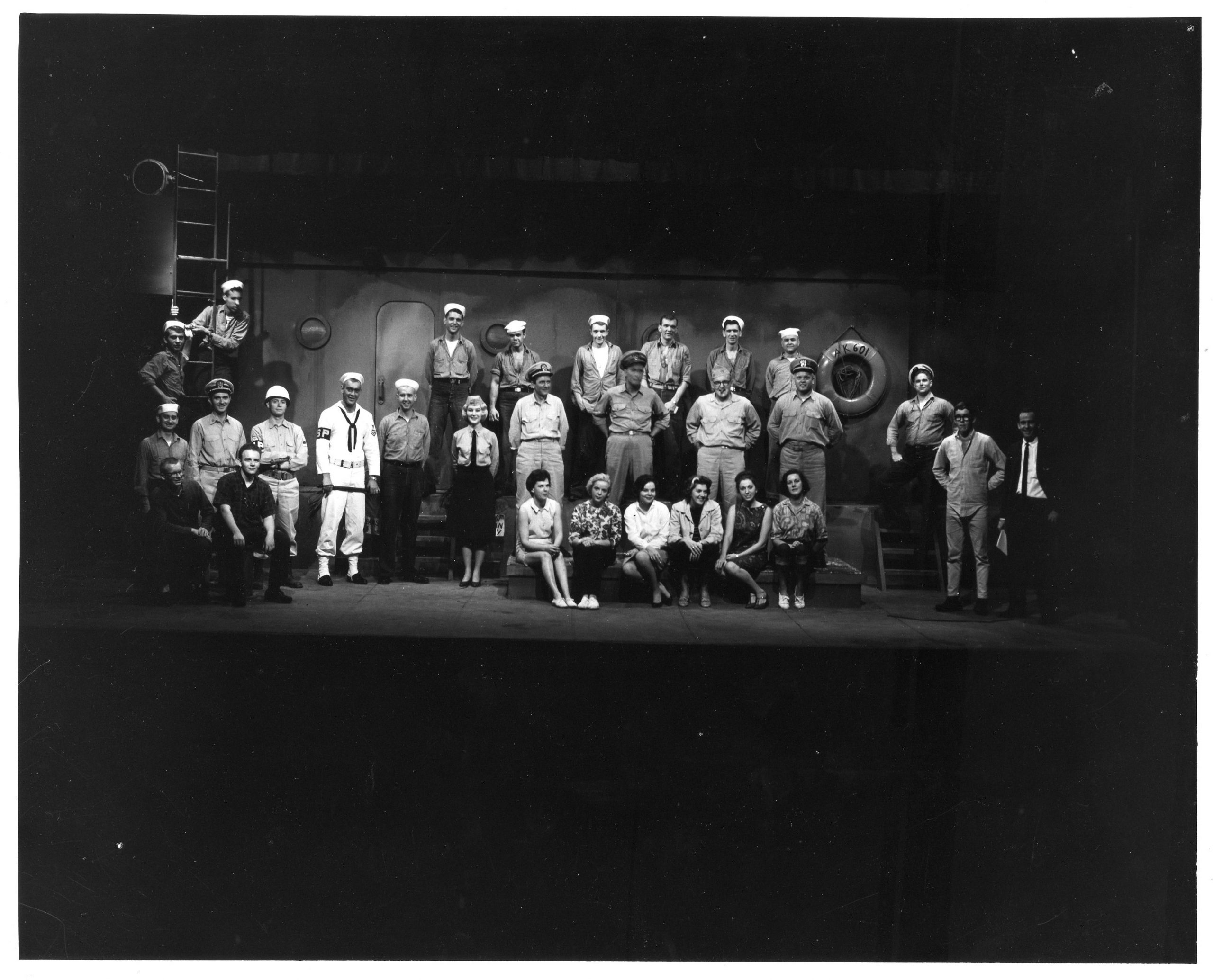 The 1948 Tony Award Winning Play, “Mister Roberts,” tells the story of Lt. J.G. Doug Roberts, a combat officer who looks out for his bored troops who are manning a cargo ship supplying Pacific troops during World War II, even as he hopes to get permission from his tyrannical captain to transfer and see some action himself.

A five show season was planned for the 1963-1964 season with season ticket prices set at $6.00 and single admission raised to $1.75. There would be seven performances including a Sunday matinee for each show. The season opened with the Tony Award winning play “Mister Roberts.” “Mister Roberts” had two very interesting stories that were told in Daily Pantagraph articles. On the first Saturday night of performances, during a staged fight among the sailors, one of the actors, Dan Gehrt, playing Stefanoski, broke his ankle when he fell off of the ship’s hatch. To finish the performance, Director Bob Price gave all of Gehrt’s lines to others actors. The staged fight was so realistic that several other actors were hurt in that performance. To complete the second weekend, the play’s technical adviser, Chief Petty Officer Don Moyer played the part of Stefanowski. The second article was about the author of the book and play, Thomas Heggen’s cousin Stanley. Stanley lived in Normal, Illinois and offered insight into his cousin Thomas, and shared stories and artifacts with the cast.