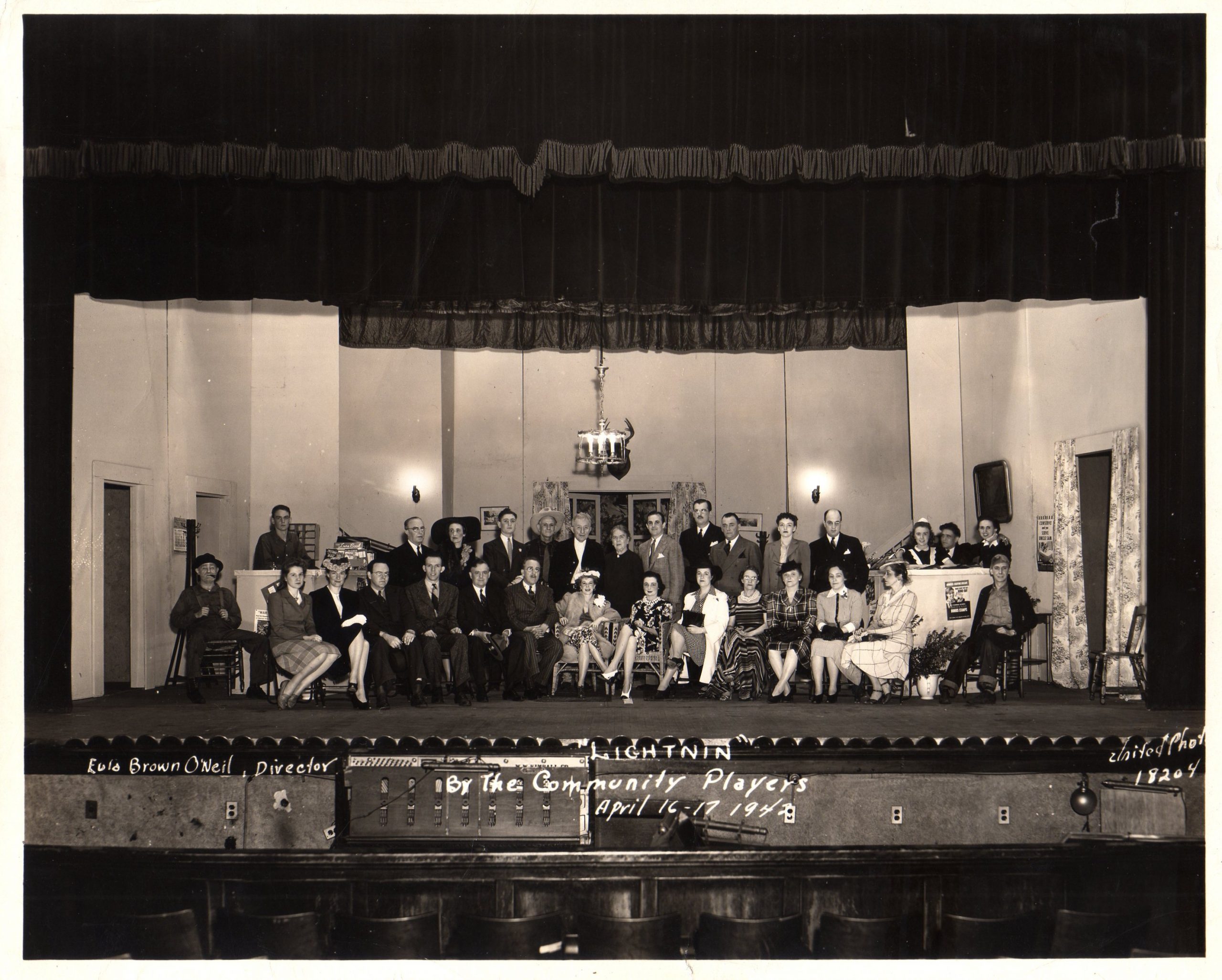 This revival of a 1918 long-running play takes place in the mythical town of Calivada where Lightnin’ Bill Jones, or more correctly his wife, operates a seedy hotel that straddles the California-Nevado state line convenient for those looking for a quick Nevada divorce. He is nicknamed Lightnin’ because, as the local postmaster put it, “We call him Lightnin’ because he ain’t.” Lightnin’, a Civil War veteran was known to brag that he advised General Grant. He also claimed to be a jack of all trades, having been at one time or another a judge, inventor, detective, and a beekeeper. Lightnin’ loved to spend his days and nights carousing with cronies rather than being at home with his wife and adopted daughter. When he refused to go along with the sale of the hotel to a group of out-of-town businessmen, his wife becomes furious and filed for divorce. In court, Lightnin’ with the help of young John Marvin, is able to prove the buyers were unscrupulous scoundrels and wins back the love of his wife.

The Pantagraph, working with Community Players, displayed a series of six photos that had the caption, ”Business people and housewives by day, these Community Players people live in a different world, come the rehearsals.” These photos showed some of the leading characters from the final play of the season, “Lightnin'” in a very clever way. The Community Players also let any serviceman or servicewoman in uniform, who came to the box office, in free for the performances.