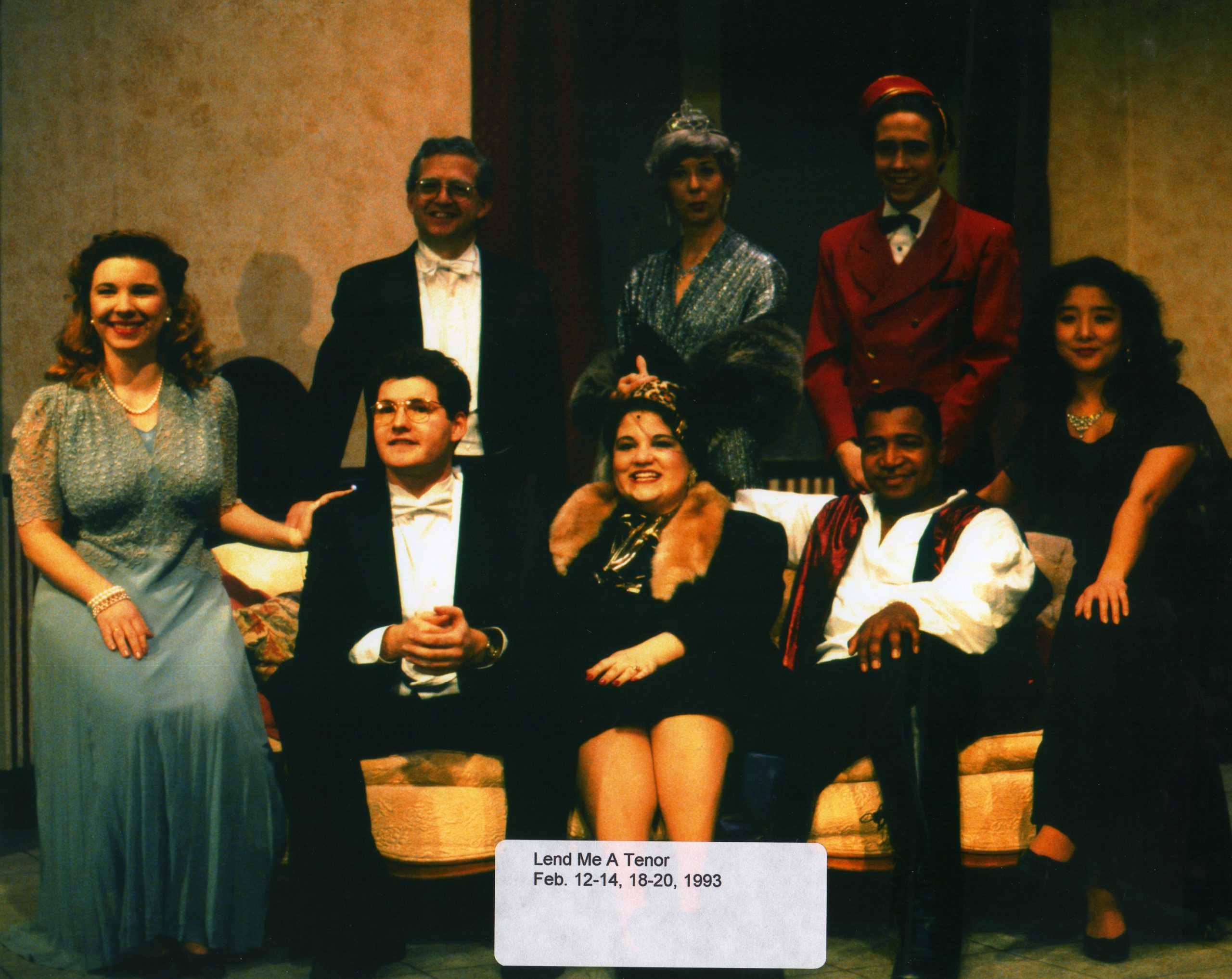 “Lend Me A Tenor” is set in September 1934. Saunders, the general manager of the Cleveland Grand Opera Company, is primed to welcome world famous, Tito Morelli, Il Stupendo, the greatest tenor of his generation, to appear for one night only as Otello. The star arrives late and, through a hilarious series of mishaps, is given a double dose of tranquilizers and passes out. His pulse is so low that Saunders and his assistant Max believe he’s dead. In a frantic attempt to salvage the evening, Saunders persuades Max to get into Morelli’s Otello costume and fool the audience into thinking he’s Il Stupendo. Max succeeds admirably, but Morelli comes to and gets into his other costume ready to perform. Now two Otellos are running around in costume and two women are running around in lingerie, each thinking she is with Il Stupendo.

Next up was the comedy-farce “Lend Me A Tenor” with newcomer Chrissie Ellenberger. It was also the directorial debut of Dennis Curtis. The production received high praise for its pacing and acting.