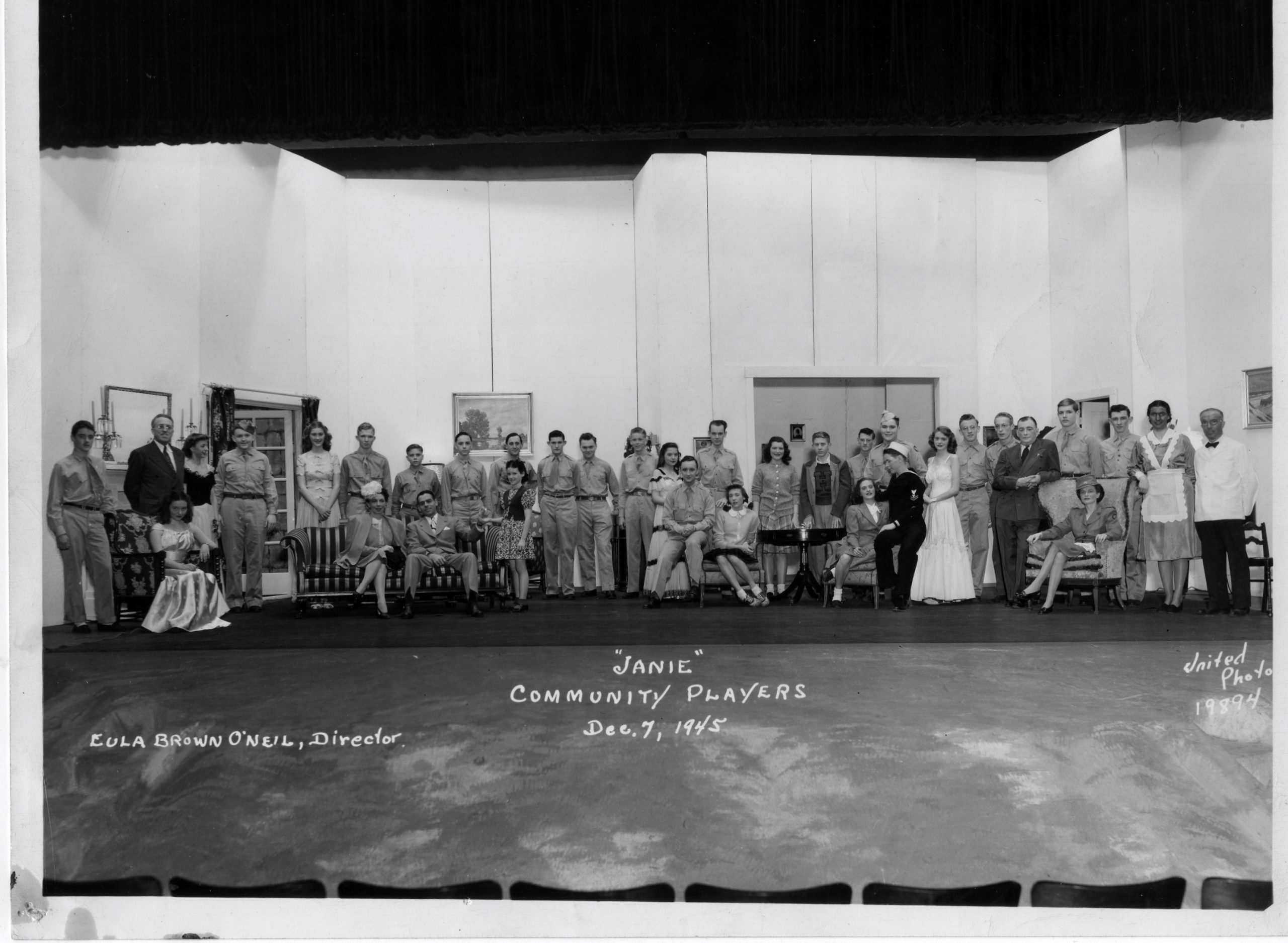 “Janie” takes place in Hortonville, an army town. When young cadet Dick (stationed nearby) and his mother Thelma (stationed near her son) arrive, Janie and her sister Elsbeth give a party. The girls get more excitement than they or their parents had bargained for.

A cast of 24 was announced for Players’ production of “Janie,” but by performance time the cast totaled 40 actors, including 16 previously unnamed soldiers from the fictional Camp Longstreet who arrived for the big party. As the show date came closer, the Players’ board set aside the last three rows of the balcony so that students under the age of 18 could purchase single admission tickets for $.60 including tax.