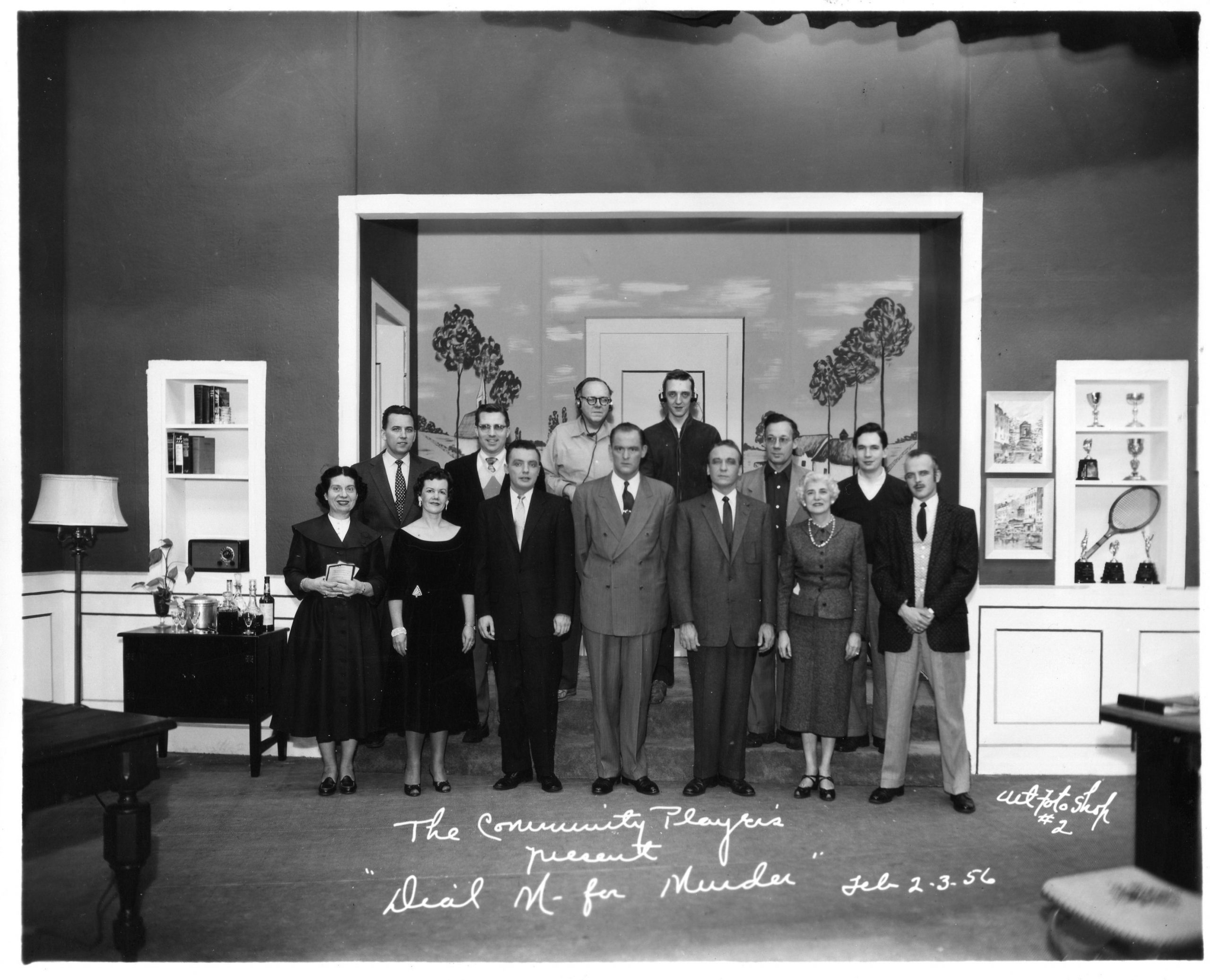 Tony Wendice has married Margot for her money and now plans to murder her for the same reason. He arranges the perfect murder, blackmailing Captain Lesgate, a scoundrel whom he used to know, into strangling her for a fee of one thousand pounds, and arranging a brilliant alibi for himself. Unfortunately, the murderer gets murdered and the victim survives, but this doesn’t baffle Tony. He sees his hireling’s death as an opportunity to have his wife convicted for the murder of the man who tried to murder her, and that is almost what happens. Luckily, Inspector Hubbard from Scotland Yard and Max Halliday, a young man who is in love with Margot, discover the truth, and in a scene of almost unbearable suspense, they trap Tony into revealing his guilt.

In a Pantagraph article for “Dial ‘M’ For Murder,” a clever photo appeared with the article. The photo had the principal characters surrounding a telephone. The article was about the fact that the telephone plays a major part in the play. It also mentioned that for the first time in Players’ history, there were more offstage voices than there were onstage voices. The voices of the seven gentleman played a couple of police officers, lawyers, and newspapermen all inquiring about the murder and so on.