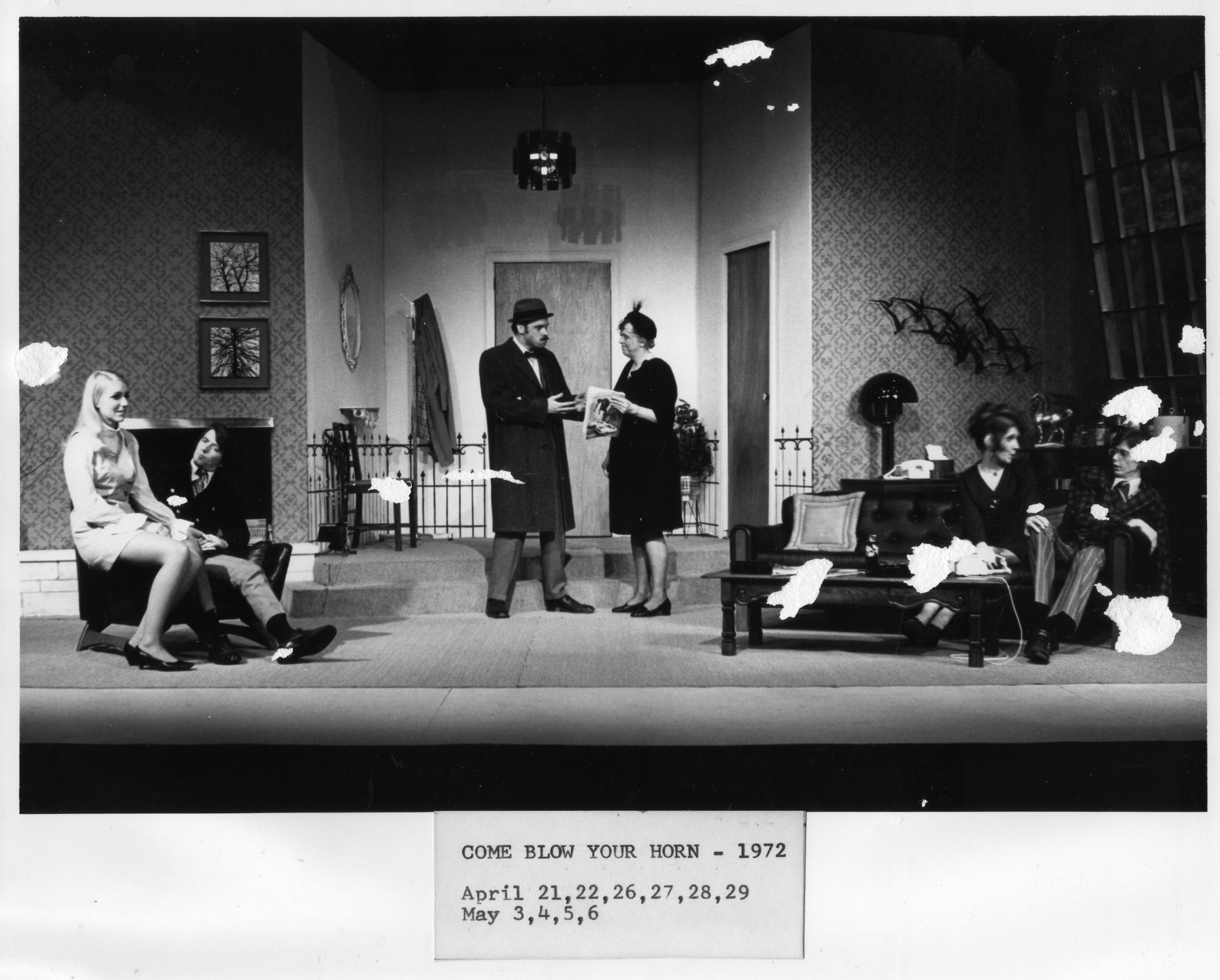 “Come Blow Your Horn” was Neil Simon’s first Broadway success. The play tells the story of Mr. Baker, a manufacturer of the largest assortment of waxed fruit in the country and his many encounters with his two sons. The eldest, Alan is a roving playboy, while his younger and more conservative brother Buddy has a lifestyle that pleases his father. During the course of a few weeks, however, the attitudes and actions of the two sons reverse, causing much family strife.

The program for “Come Blow Your Horn” would be the last program in which the center spread would contain the cast, staff and crew information. This format had been used since the 1920’s. The next season would have a different printer and a different layout.

The 1971-1972 “G” rated season did exceedingly well at the box office. With the final meeting of the year, outgoing President Ingold announced that meetings would be set up with trustee President Dick Anderson to discuss the planned expansion of the theater. If the original expansion plan phase 2 could not be completed, then the hopes were for construction of a shell of a building which would include a basement and a first floor. President Ingold told interested parties that they would be notified at a later date of any meetings.