In a night club in Berlin, as the 1920′s are drawing to a close, the Master of Ceremonies welcomes the audience to the show and assures them that, whatever their troubles, they will forget them at the Cabaret. His songs provide wry commentary throughout the show. On the train to Berlin we find Cliff, a young American writer, and Ernst, a German who surprises Cliff by putting his briefcase among Cliff’s luggage at the German border. History is in the process of being made. We find Cliff on the train again, now leaving Berlin alone. He writes about Sally and the people of Berlin leading up to the Third Reich. It has been a tumultuous and heartbreaking era.

The 1988-1989 season began with another face-lift. A new stage floor was installed during the rehearsal period of the opening show for the season “Cabaret.” This new floor replaced the original floor that was put in for the 1962-1963 season. “Cabaret” also had a corporate sponsor, the Holiday Ice Company. Their kind donation made possible the construction of the multi-level set. To bring the audience closer to the action, small tables were attached to the front of the stage. Tickets for those stage level seats could be purchased at the box office. 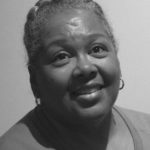