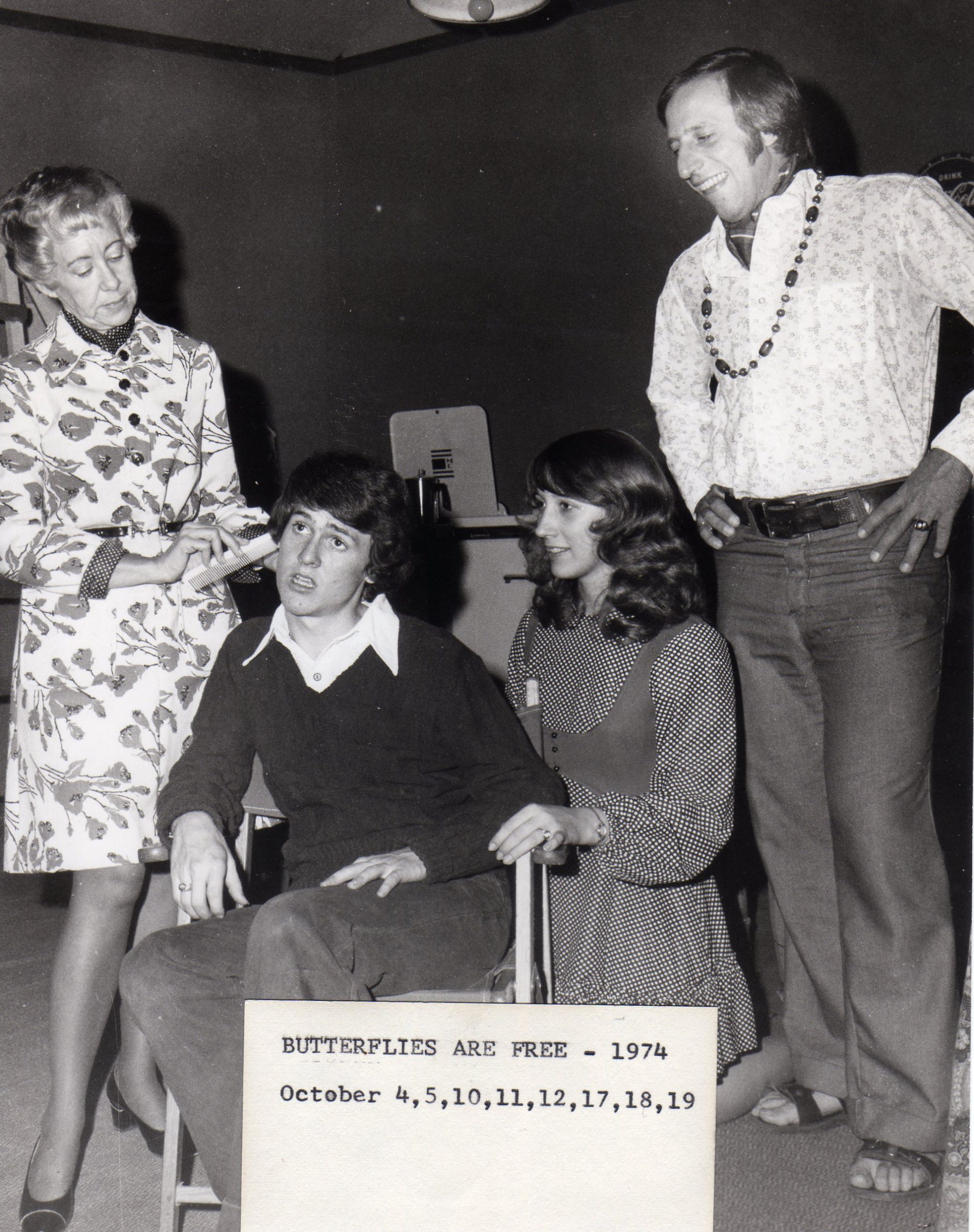 “Butterflies Are Free” tells of young Don Baker, blind since birth, and the hero of his mother’s children’s book series,”Donnie Dark.” His over-protective mother follows his every move. Don finally decides to take his own apartment in Manhattan and pursue his songwriting ambitions. When Mother meets his kooky neighbor, sexy actress Jill, Mrs. Baker’s controlling instincts go into overdrive with hilariously touching results.

The opening night of “Butterflies Are Free” saw the return of the opening night reception. This reception was designed to show off the new renovations completed over the summer. The former dressing room, today’s green room, was renamed “The Dick Brown Room,” in honor of the late Forrest “Dick” Brown. Dick had been a long time board member, designer, actor, director, and teacher for the Community Players. Mr. Brown had passed away in January of 1972, shortly after directing “Wait Until Dark.” This event marked the first time that a area of the theater had been named for someone associated with the Community Players. A photo article appeared in The Pantagraph showing President Holloway visiting with Mrs. Betty Ann Brown, wife of the late Mr. Brown. By the opening of “Butterflies Are Free,” it had been announced that 1,811 season tickets and single admission tickets totaling $1,008.00 had been sold. The reviewer had high praise for the quality of the cast of four actors. The praise for the first-timers was exceptional and encouraged patrons to be sure and see this production.