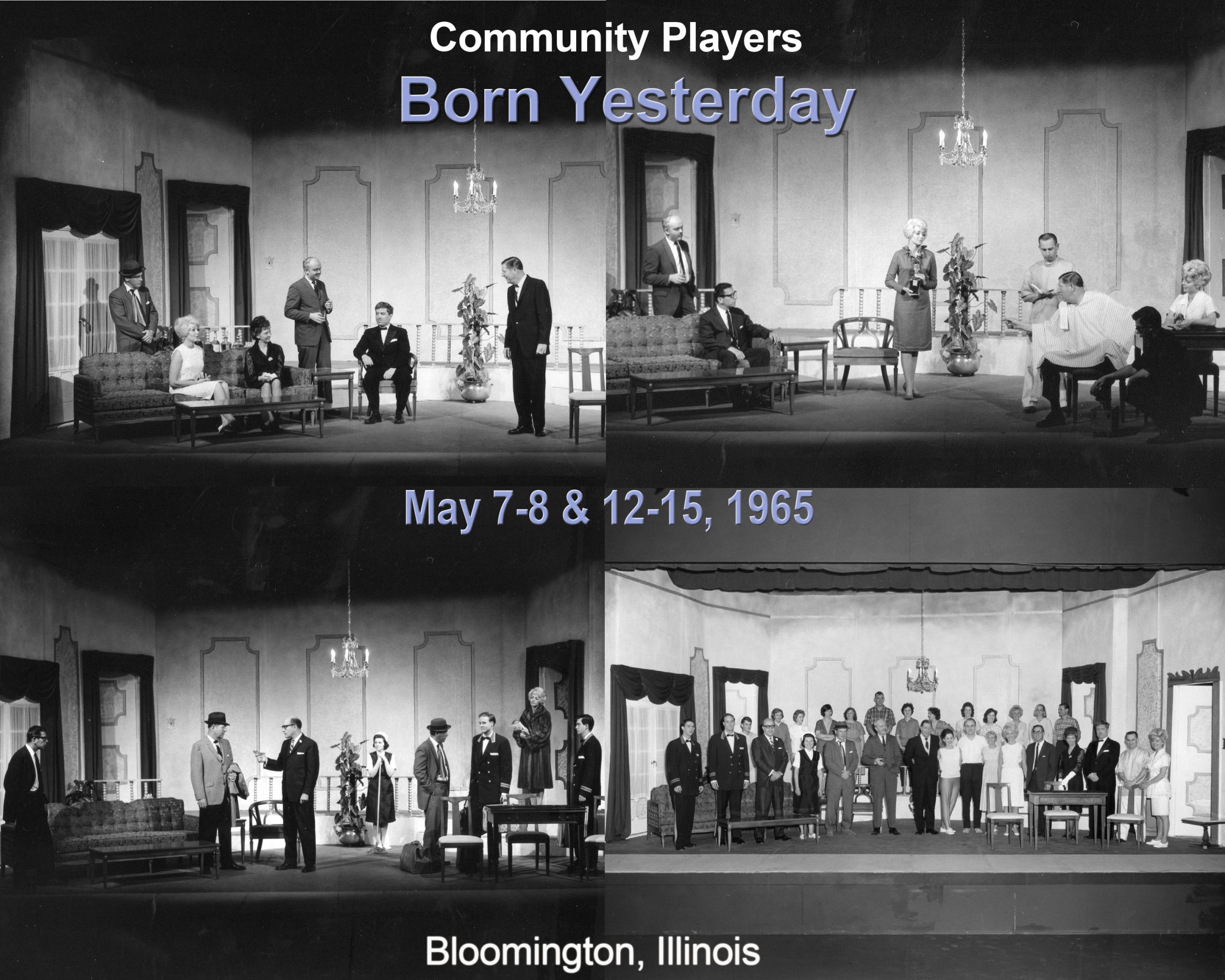 The vulgar, egotistic junkman, Harry Brock, has come to a swanky hotel in Washington to make crooked deals with government big-wigs. He has brought with him a charming but dumb ex-chorus girl Billie, whose lack of social graces embarrasses even Harry. Billie must be taught some of the amenities and a few basic bits of information. The young idealistic magazine reporter Paul Verrall, who has been investigating political skullduggery and is interested in Harry’s activities, agrees for a salary, to educate Billie. Paul finds that Billie has a natural honesty and a frank streak in her. Paul teaches Billie history, politics, and what Harry really is (and what Harry really wants). Billie rebels against Harry, refusing to sign documents which are a part of Harry’s plans to defraud the public. As Billie prepares to leave, Harry responds in the only way he can: physical violence. Billie, falling in love with Paul, helps him get incriminating documents against Harry, which will result in scandal and disaster for Harry. Paul and Billie now strike out on their own.

In an April 7, 1966 Pantagraph article, the cast for “Born Yesterday” was announced, and in a separate section, a call went out for volunteers to help with the production. The article stated that the Players were seeking to end their season on a high note of new interest. Invitations were issued to amateur carpenters, painters, furniture movers, and people handy with a broom to help stage the May production of “Born Yesterday.” At the end of the season meeting, President Anderson told the attendees that the 1964-1965 season was the most profitable for the Players since being in their own building on Robinhood Lane.

Another Bellhop, A Bootblack