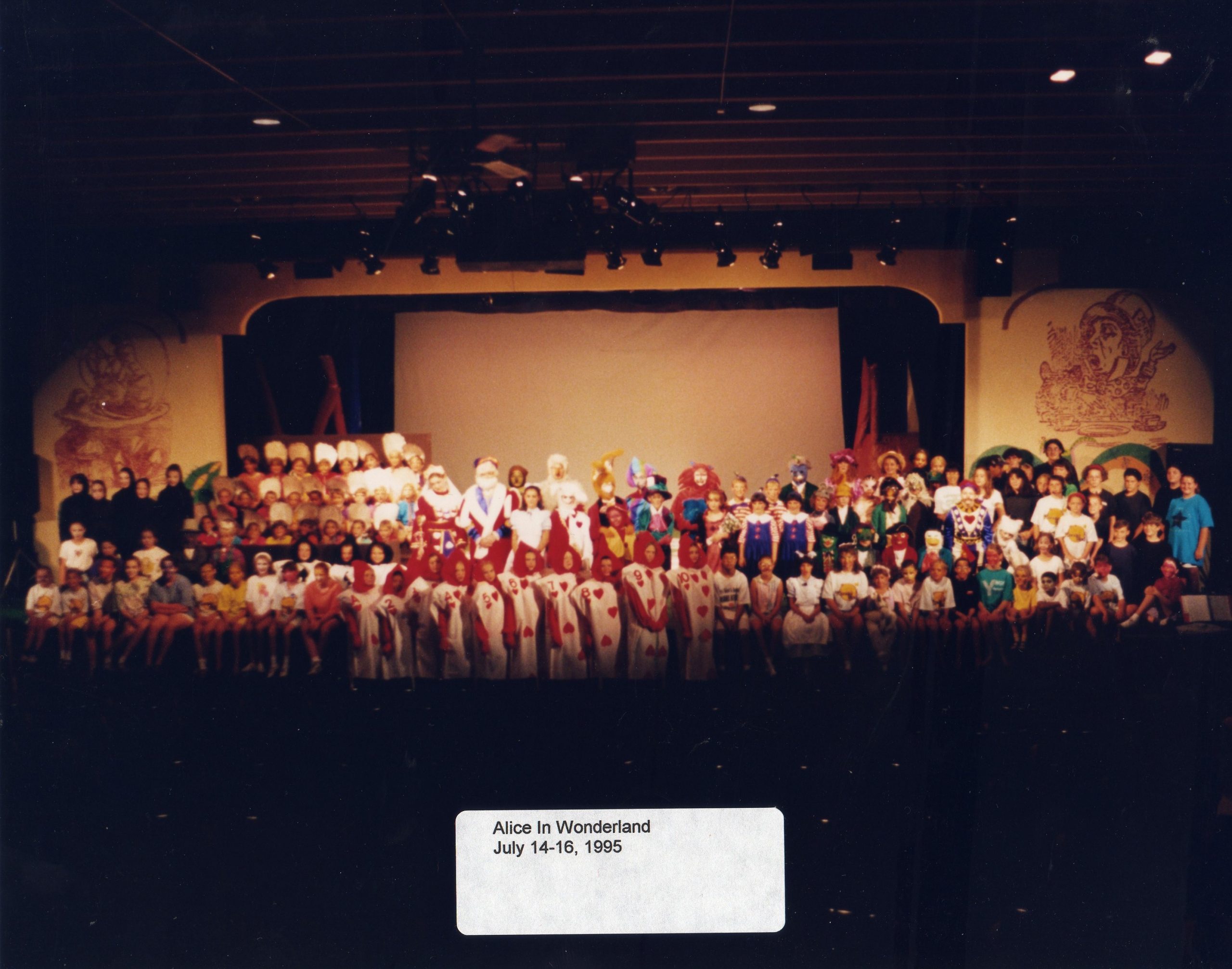 Practical Alice follows a peculiar rabbit down his hole and finds herself in a magical, frabjous world. Join her for a tea party with the Mad Hatter, a croquet match with the Red Queen, and a wild journey with the Cheshire Cat.

During the summer, the “Theatre For Young People” production took over the stage, backstage, and every other place in the building. The musical version of “Alice in Wonderland” included a cast of over 120 children under the direction of Jane Thomley, with vocal direction by Adria Schumann (newcomer). It was produced by Kathleen Parrish. Many of the parents became involved in the Players’ experience during that program and added to the Players’ family for future shows. The entire Stiller family (Trish, Jeremy and Jessica) was one such family. Although Jeremy had been the scenic designer for “Hello Dolly!” some years before, this was the first time for Trish and Jessie to become more involved. Some of the “Alice” characters also made an appearance at “McKids Days” a few weeks later, walking among the crowds of children in attendance. The show was a big success.

Lily of the Valley