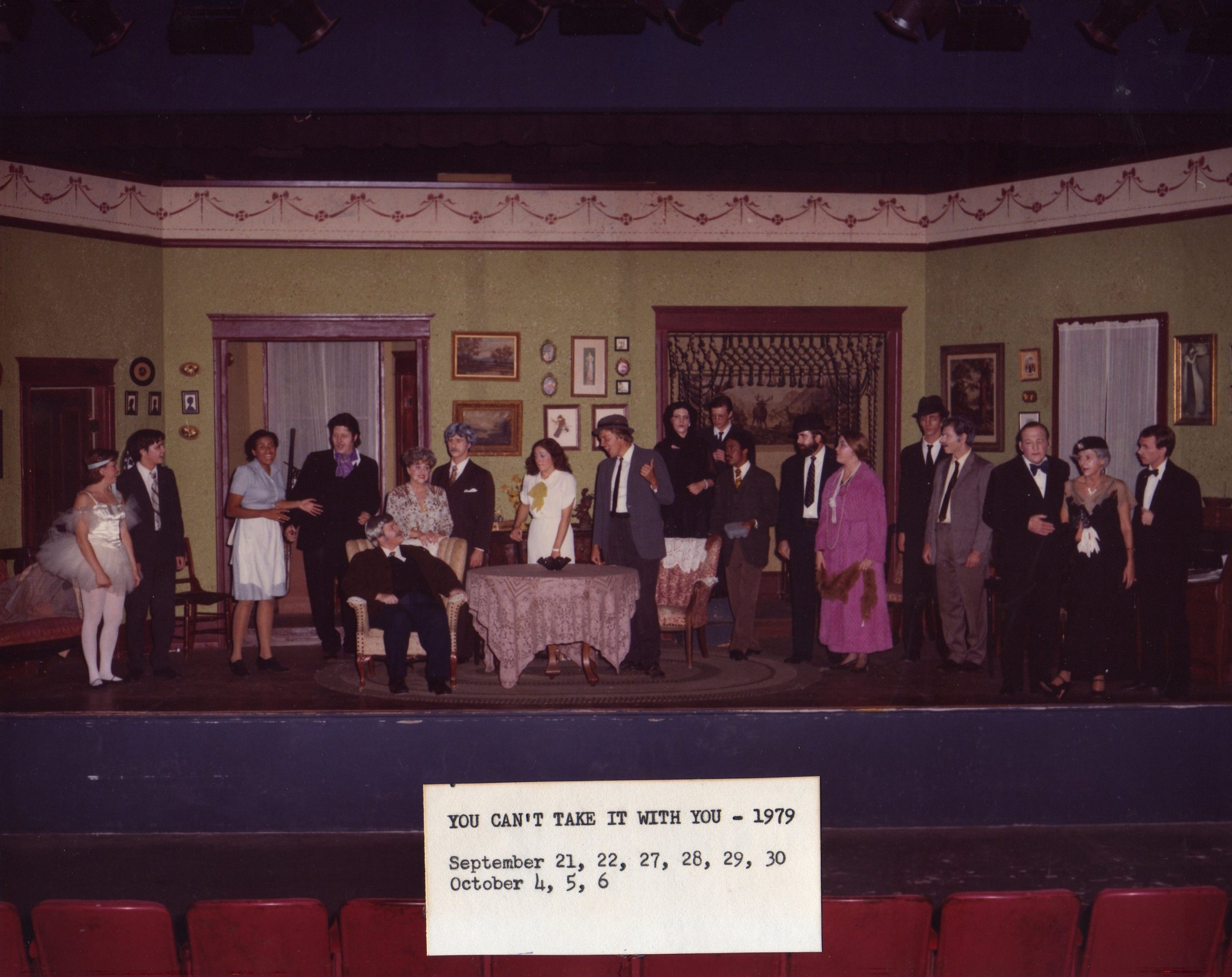 This Pultizer Prize winning comedy, written by George S. Kaufman and Moss Hart, tells the story of the Sycamore and the Kirby families. At first the Sycamores seem mad, but it is not long before we realize that if they are mad, the rest of the world is madder. In contrast to these delightful people are the unhappy Kirbys. Tony, attractive young son of the Kirbys, falls in love with Alice Sycamore and brings his parents to dine at the Sycamore home on the wrong evening. The shock sustained by the Kirbys, who are invited to eat cheap food, shows Alice that marriage with Tony is out of the question. The Sycamores, however, though sympathetic to Alice, find it hard to see her point of view. Meantime, Tony, who knows the Sycamores are right and his own people wrong, will not give her up, and in the end Mr. Kirby is converted to the happy madness of the Sycamores, particularly since he happens in during a visit by an ex-Grand Duchess who is earning her living as a waitress. No mention has as yet been made of the strange activities of certain members of the household engaged in the manufacture of fireworks; nor of the printing press set up in the parlor; nor of Rheba the maid and her friend Donald; nor of Grandpa’s interview with a tax collector when he tells him he doesn’t believe in the income tax.

The 1979-1980 season brought a new proscenium and a new roof. A plea went out for donors to help with the costs of these items. There was a special listing in the program for all who contributed to the “Raise the Roof” fund. It was also announced that there would be another awards banquet at the end of the season. Each program would highlight choices to consider; patrons would then vote during the final show of the season.

The season also had a five show run with again included two musicals, a comedy, a comedy-drama and a drama. All of the shows except for “The Rainmaker” would require casts of 20 or more. The opening show of the season received high praise for the actors. The set was also praised, as were Marty Vybiral, set designer, and Gary Schwartz, scenic artist and builder. “You Can’t Take It With You” was called a fast-paced, spirited evening of fun for all.