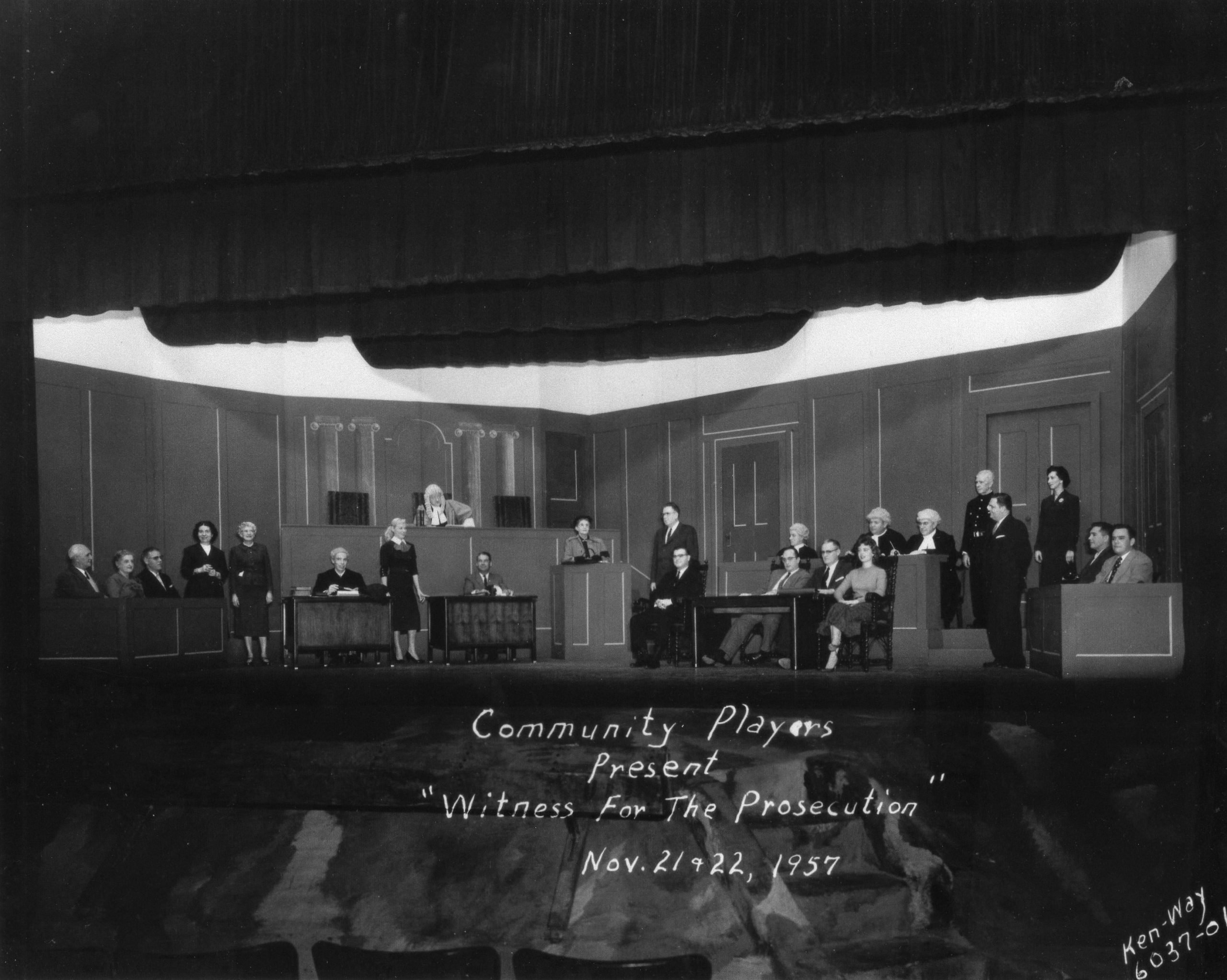 Witness for the Prosecution

“Witness for the Prosecution” is Agatha Christie’s most celebrated courtroom drama. It tells the story of Leonard Vole, accused of murder. His wife can prove his innocence, but when she takes the stand, she denies his alibi. Can he escape the hangman’s noose?

Players was successful in obtaining the first amateur rights to produce “Witness for the Prosecution.” This project was ambitious because of the two settings and the large number of men’s roles. Bloomington attorney William Rolley had attended a murder trial in the Old Bailey in London and assisted with technical advice. Bill also played the court usher. Due to a printing error, the following four cast members were left out of the program, so an insert was created giving their names, character, and a brief biography: Mrs. Eugenia Smith, Miss Marilyn Cushing, Gerald Dalrymple and Charles Blair.

Foreman of the Jury