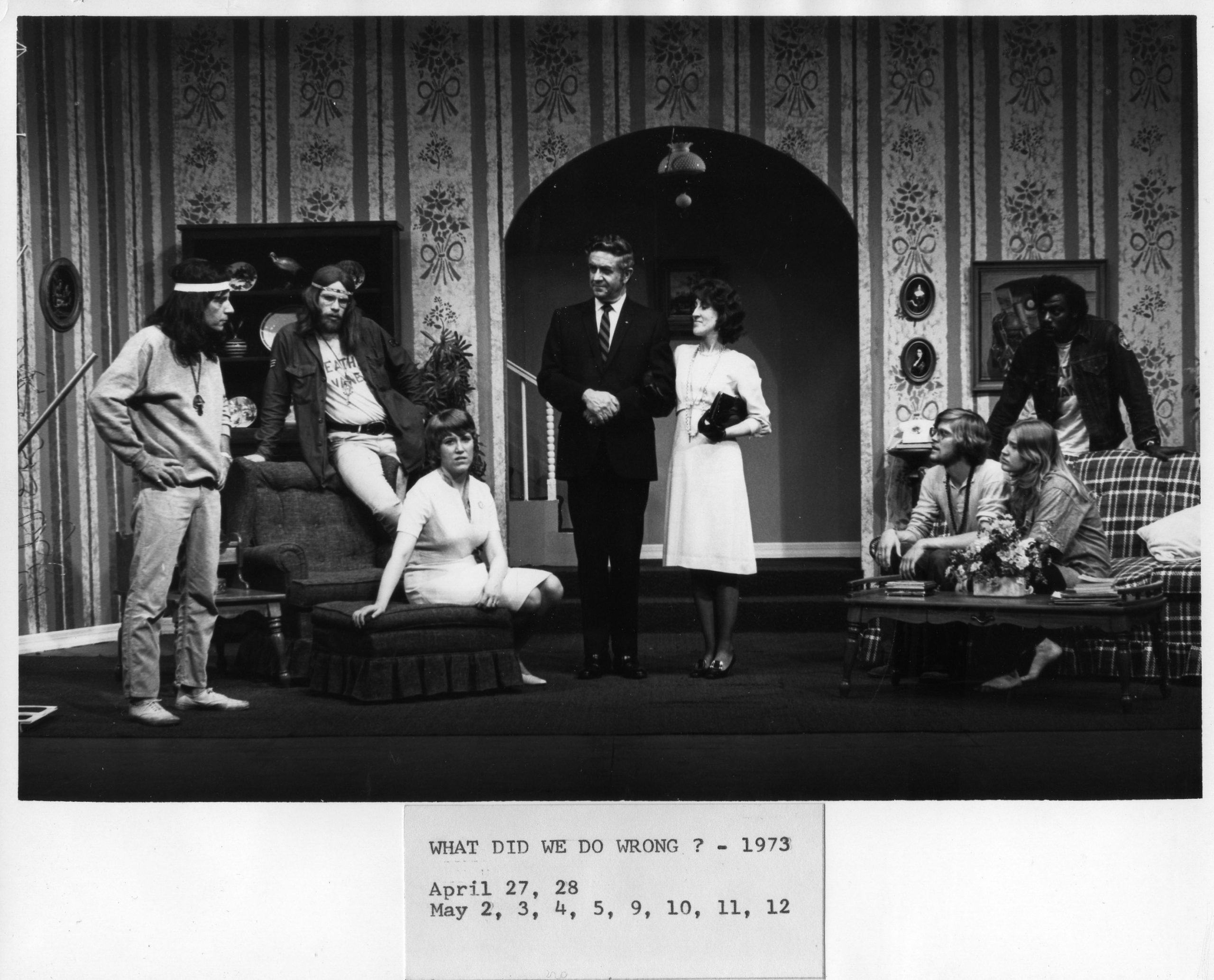 What Did We Do Wrong?

“What Did We Do Wrong?” is the question father asks himself when he learns his son has handcuffed himself to the dean of the university in protest of censorship. As a consequence, the son has been expelled. When the son reappears at home with a scroungy group of mods, beads, and a girl from out of nowhere, the impact to a parent can be overwhelming. Father reasons if you can’t beat them, join them, and accordingly gets his own beads, guitar, and such and then goes the kids one better. He burns his checkbook in front of the bank and threatens to ignite himself on the steps of Lincoln Center. It is enough to make even the younger generation realize a thing or two.

Once again, the program for “What Did We Do Wrong?” reflected some changes in layout. The principal characters had a full page for their photo and biography. The secondary characters had their photos and biographies doubled up on a page. For the first time, a staff member other than just the producer and director had a page with a photo and biography. Richard Dermody was listed as the assistant director and stage manager. Sadly, this contemporary comedy about family relationships had the lowest box office of the season’s three plays. The season itself was not as successful as the two previous seasons. Box Office chairman, Marilynn Geskey had expressed concerns earlier in the season about the lack of support from board members and concern once again for the language and subject matter of the plays. On the positive side, the Trustee President Dick Anderson reported that the new addition bids had been received and Web Construction had won the bid for approximately $48.000.00. A special thank you went out to Dick Anderson and Dean Litt for their leadership and efforts on behalf of Community Players. Dean Litt had been instrumental in getting the Robinhood Lane theater built in 1962. Work was scheduled to be completed before the opening of the 1973-1974 Season.