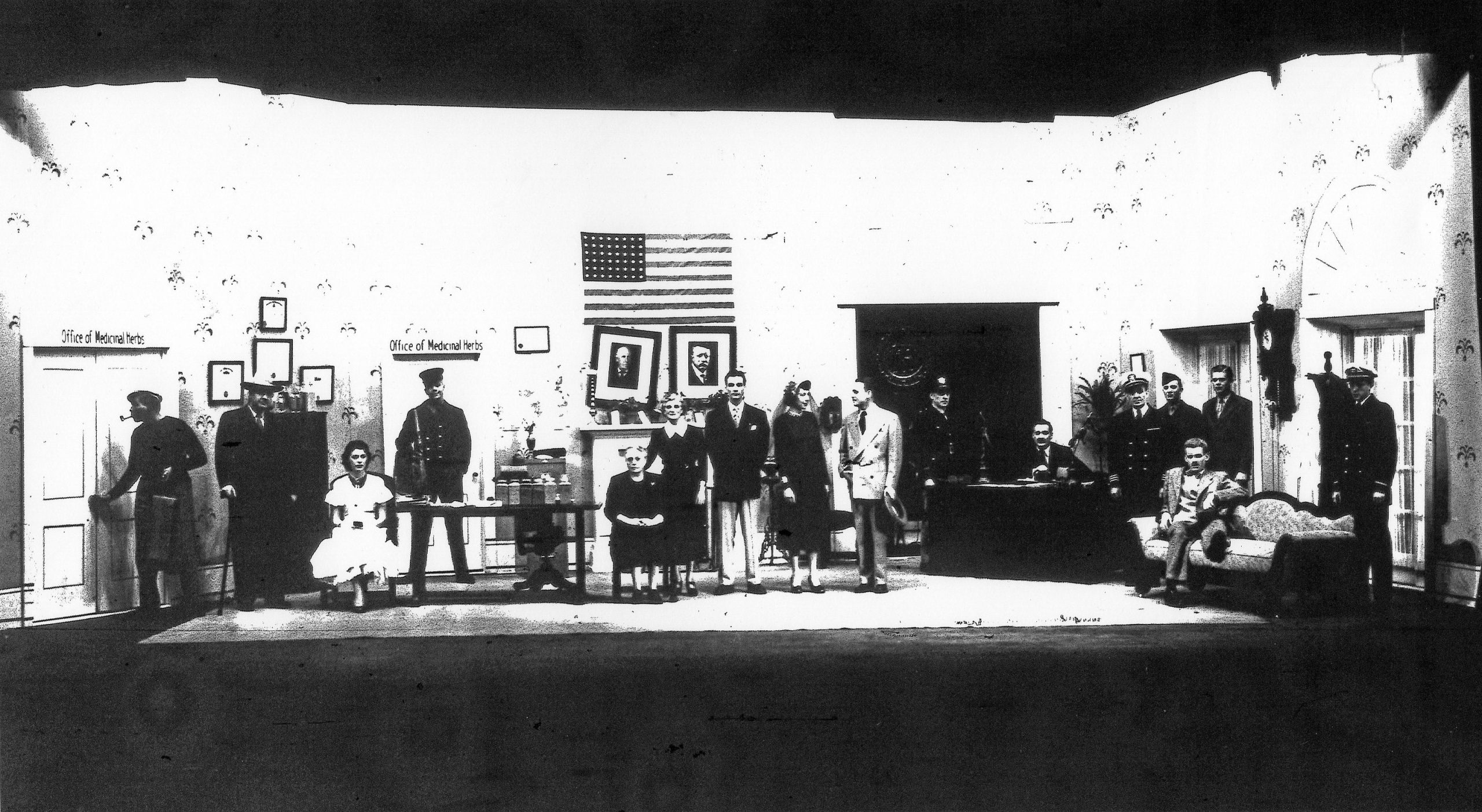 The Office of Medicinal Herbs of the Department of Agriculture in Washington manages to persist despite having been abolished four years ago. It seems no one has noticed, and no official steps have been taken to close it. Refusing to accept the closing of the office, which represents their life’s work, two elderly female officials keep it running quietly. Deprived of funding, they make ends meet by renting out the rooms to a pants presser and a dance teacher and by collecting fees for using the front lawn as a parking lot. To avoid problems with the government, they never answer the phone. Thurston, a newspaper reporter discovers the office and then sets out to aid the workers. Through an elaborate series of practical jokes, he involves the armed forces and the State Department, eventually winning the day for the elderly ladies. In the process, he also wins back his ex-wife.

The show received a mixed review that faulted the script as being too inconsistent. However, the acting was also called out because the reviewer felt the director had let the cast overact. This was the second time this season that a play had been faulted for not being tightly crafted. In the fifties, during the era of television, season membership began a slight decline. The numbers for this season were down to 1,901.