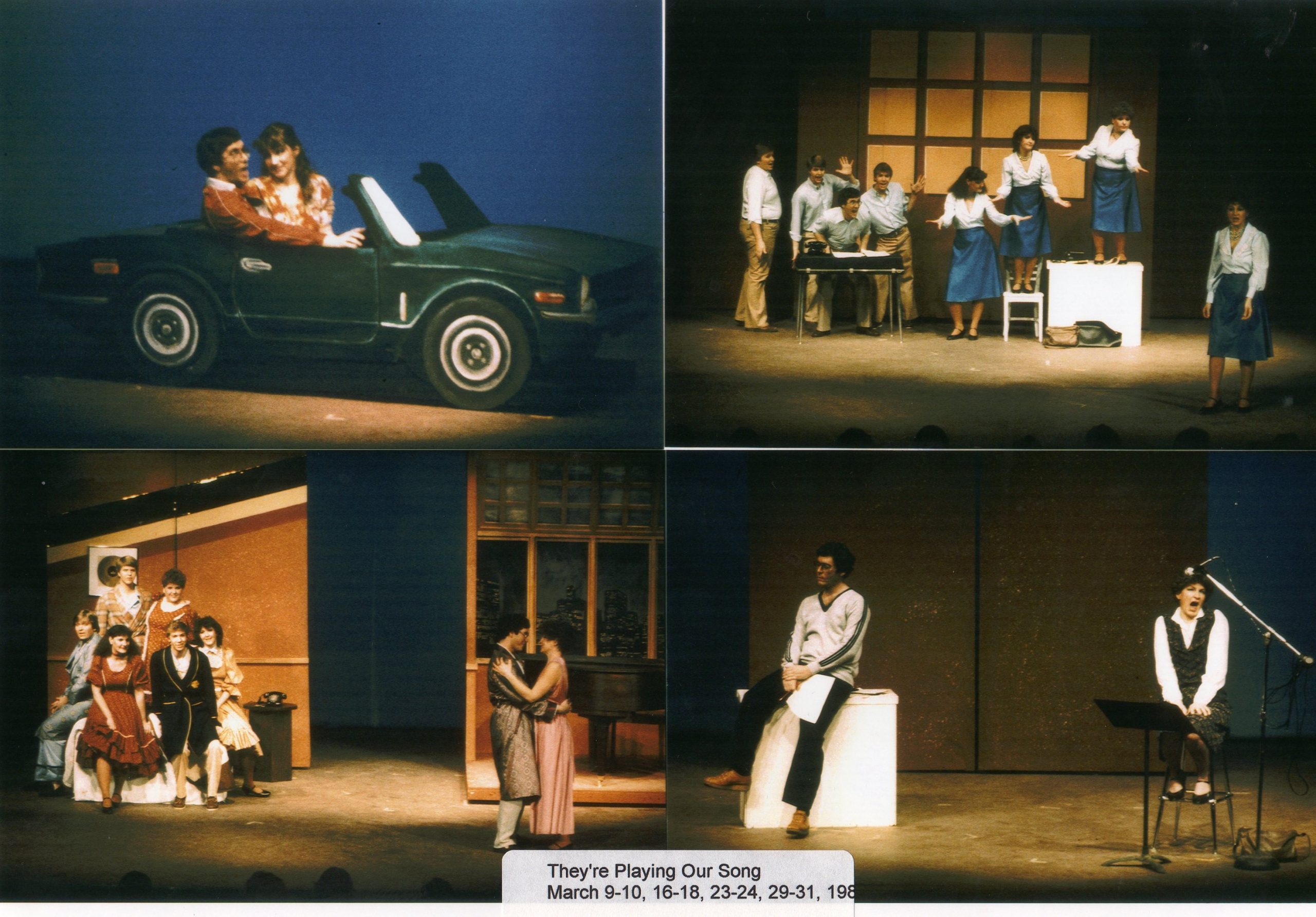 America’s premier funny man Neil Simon and the Tony Award-winning composer of “A Chorus Line,” Marvin Hamlish collaborated on this hit musical, a funny, romantic show about an established composer and his relationship with an aspiring young female lyricist, not unlike Carole Bayer Sager. Professionally, their relationship works beautifully but ultimately leads to conflict on the home front. Of course, there’s a happy ending.

A new tracking system was installed to allow quicker movement for drops (large curtains) or suspended flats (walls) during the third show “They’re Playing Our Song.” This musical required two complete interior stage settings, motivating this new approach to theatrical design. Many musicals have since used this system to make almost seamless changes from one space to the next. The show was well-reviewed and well-received by the audiences. During one of the performances, Illinois State University’s Basketball Red Birds appeared in the playoff finals for their conference, and during the intermission and at the end of the show, the scores were announced to the audience. In the program, a special acknowledgement went to Jack and Carol Aldridge and George King for installing the new drop ceiling in the lobby, This allowed for sound reduction in rehearsing dance numbers and musical numbers. This ceiling lasted from 1984 to 2014, when updated lighting, heating and air conditioning was added to the lobby. An audience survey was placed in the program giving a list of musicals and plays that being considered for next season.

The Voice of Phil The Engineer