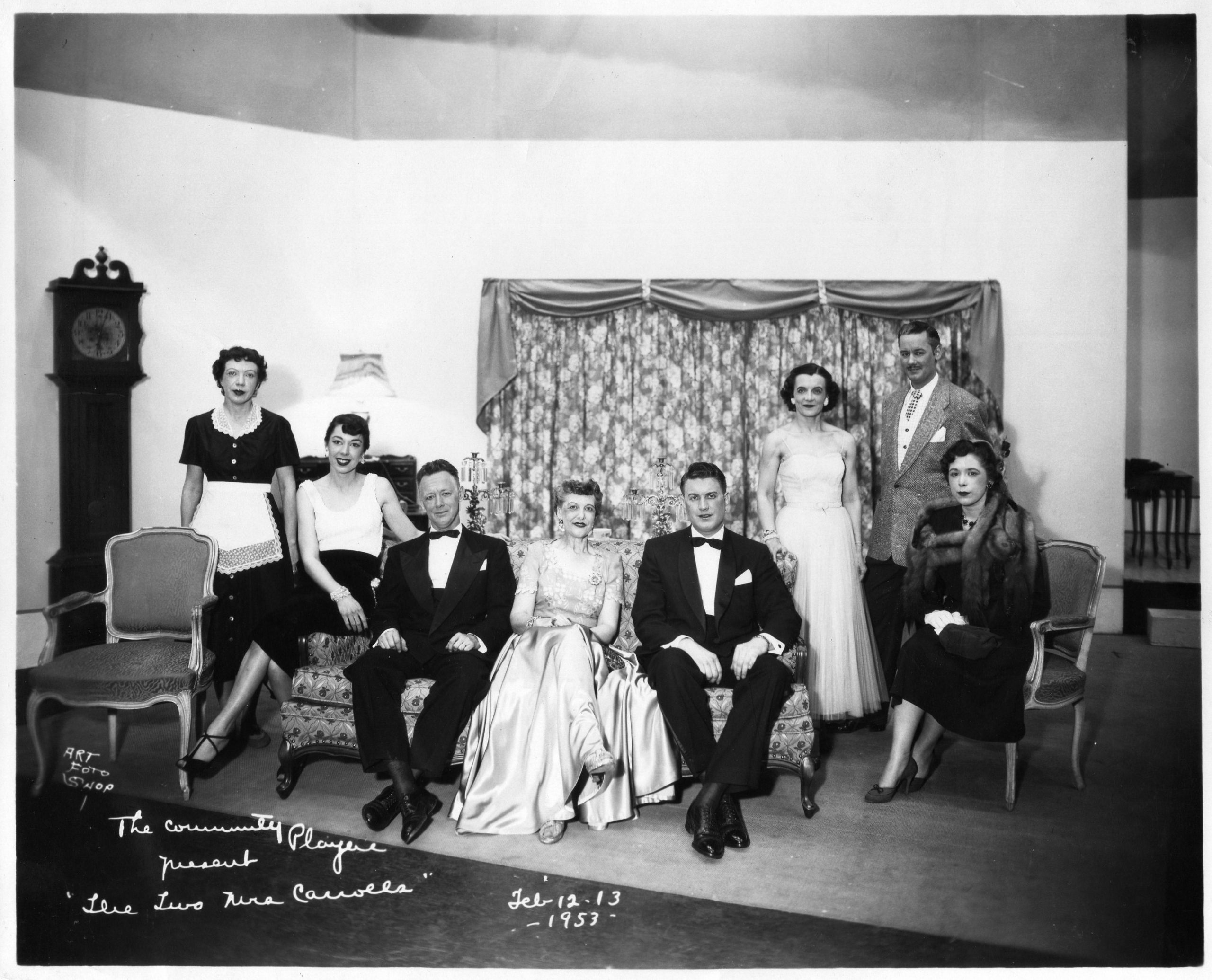 Sally Carroll, the wife of artist, Geoffrey Carroll, gradually realizes that Geoffrey, with the help of his former spouse, Miss Harriet Updyke, is trying to drive her insane and ultimately murder her in this thriller.

The board of Community Players, upon hearing that Rachel Crothers would be spending a few months in Bloomington, almost dropped “The Two Mrs. Carrolls” in favor of either “Old Lady 31” or “Husbands Are Out,” both recent releases by Miss Crothers. After discussion of the pros and cons of changing the season, it was decided that since both plays had three separate settings and due to the lack of flats and overall production difficulties, Players would stay with the play “The Two Mrs. Carrolls,” which had already been announced. Mr. Chalmer Taylor was to report to Miss Crothers with regrets that the Players would not be able to produce either of her plays at that time.