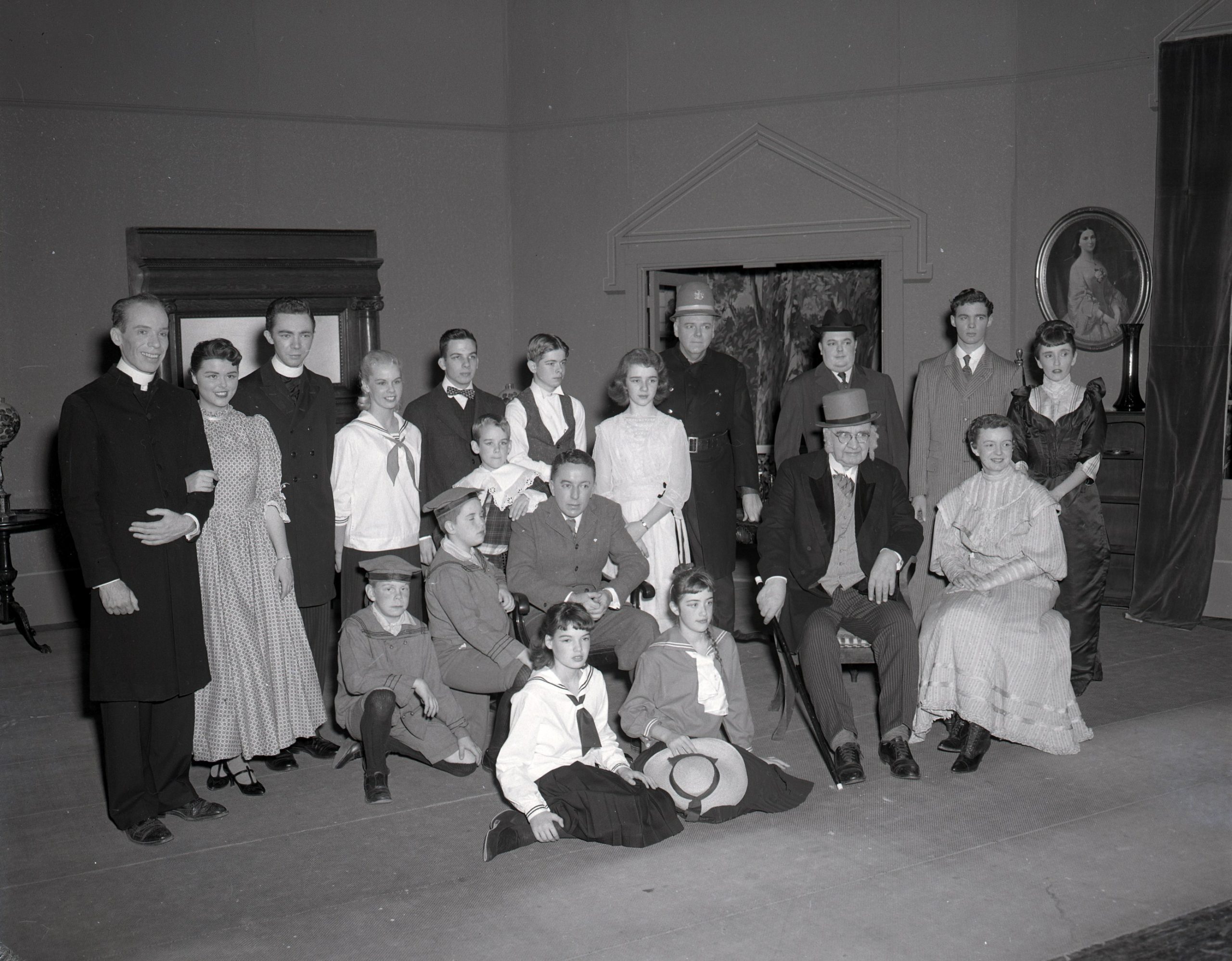 Mr. Pennypacker is an easygoing father of a family in Wilmington, Delaware, who is a very progressive, though quiet, thinker. Mr. Pennypacker has a branch office in Philadelphia and spends half of his time there. He has also established a second family in Philadelphia never dreaming the twain shall meet. But they do. The minister, whose son is to marry Pennypacker’s daughter, is speechless. His wife hysterically refuses to believe it. His children are merely curious about the other children. But he is finally ostracized and has to be voted back by family council. He comes back somewhat chastined and with a delectable solution to his two family system.

At the June 24th board meeting, it was announced that the Esquire Theatre plan was in danger. It was possible that the city council would tear down the entire block, sparing no buildings, for their off-street parking plans for downtown. To complicate matters, Players also needed to attend to the business of producing and performing a full season. After much heated discussion, it was decided to give only two plays and not to sell season tickets so that the board could concentrate on the need for a permanent location and building. However, at the September 22nd board meeting, it was suggested that the first of the two plays would be before Christmas, the second play would be after Christmas, and season tickets would be sold for $3.00 for the two shows. Single admission would remain at $1.50 plus tax. There were already 1,124 season tickets sold before the first show. By the time of the first play, 1,323 season tickets had been sold. It was still, at this point, not known when the city would act on its parking plan.