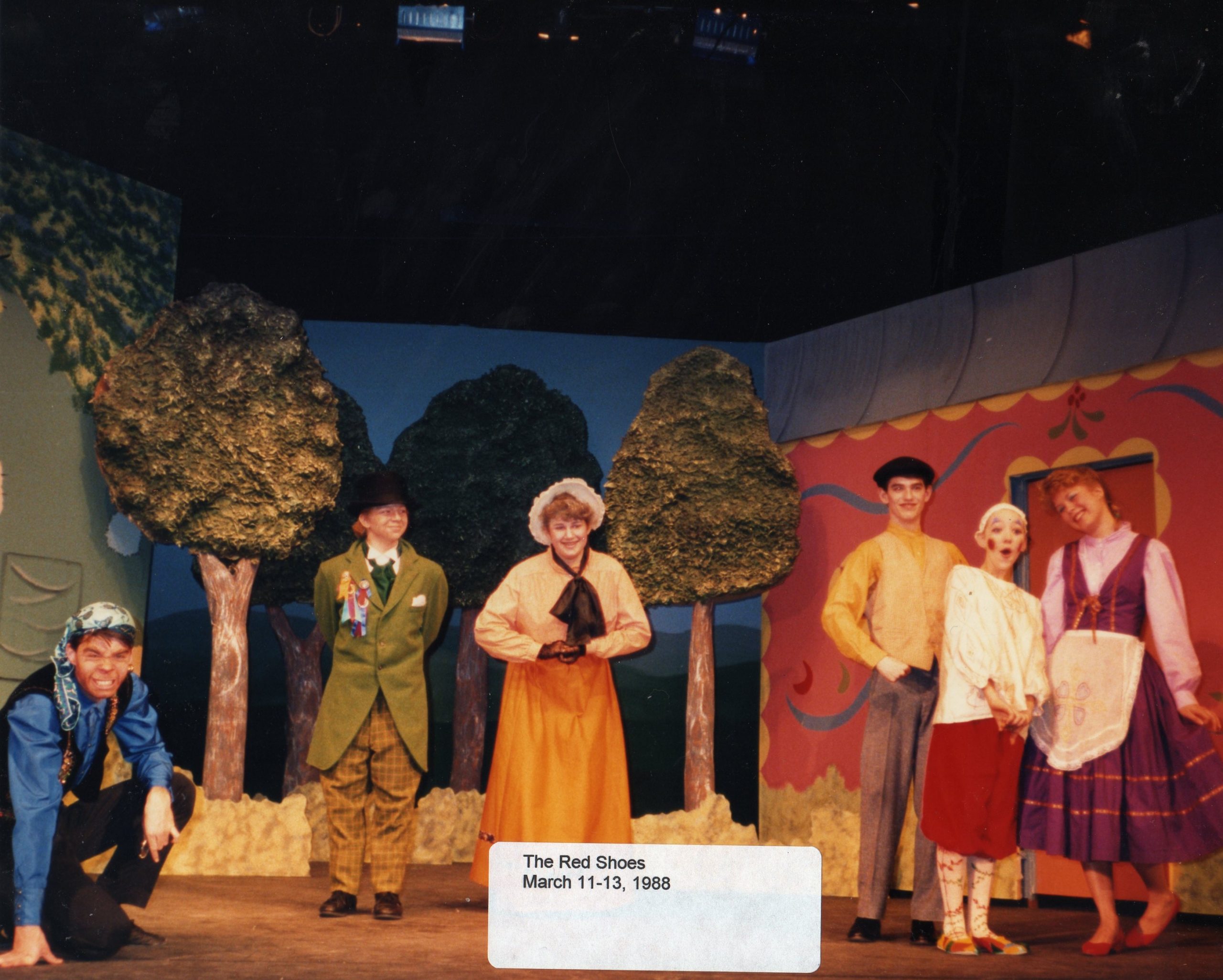 A magic pair of red shoes, which cause anyone who puts them on to dance incessantly, have fallen into the hands of Snogg, a gypsy mountebank. Accompanied by his little mute, Jemmo (a clown mime), Snogg arrives in a Danish village where he meets Karen, a pretty orphan girl wearing clumsy wooden shoes. The gypsy tries to abduct her for his traveling show by enticing her with the pretty red shoes. As soon as she tries them on, her feet dance away with her and she is whisked out of town. Desperately, Karen tries to remove them, but they can only be unfastened by Snogg’s magic buttonhook. The poor girl is forced to dance beyond all endurance for the crowd in the streets, while the gypsy pockets the profits. Finally, touched by Karen’s sad plight, Jemmo betrays his wicked master and brings Karen’s friend Nels, the cobbler’s apprentice, to the rescue. After a dramatic chase, “the fox’s tail is caught in his own trap.”

The fifth annual Theater For Young People production was “The Red Shoes.” The show received very high praise for its ability to keep children of all ages focused on the story and the characters. The show had a very positive box office and made a nice profit for the theater.