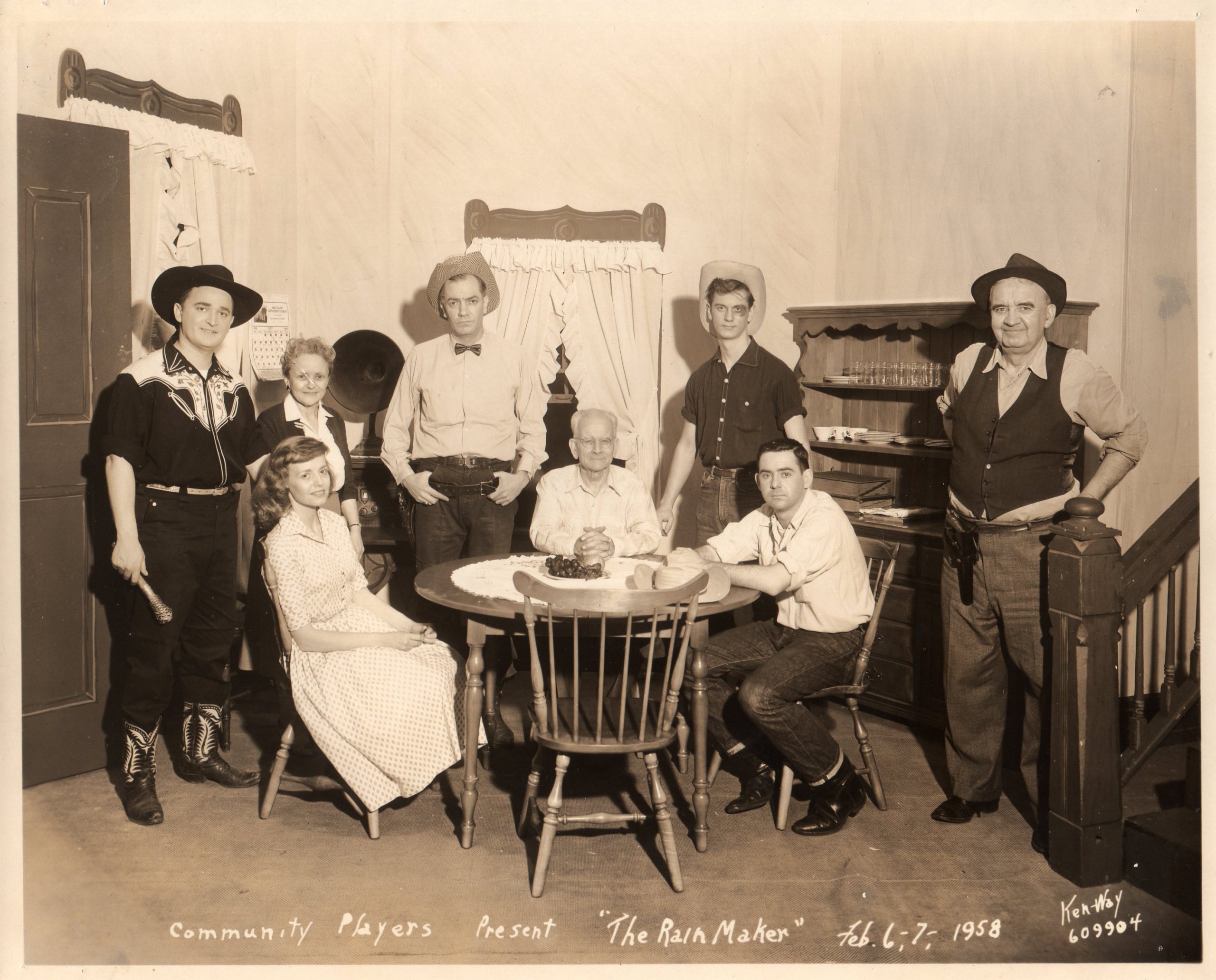 At the time of a paralyzing drought in the West, we discover a girl whose father and two brothers are worried as much about her potential future as an old maid as they are about their dying cattle. The brothers try every possible scheme to marry her off, but without success, nor is there any sign of relief from the dry heat, when suddenly appears a picaresque, sweet-talking man claiming to be a “rainmaker”: he promises rain for $100.00. He also turns his magic on the girl and persuades her that she has a very real beauty of her own. She believes it, just as her father believes the fellow can actually bring rain. Rain does come, and so does love.

“The Rainmaker” had the challenge of placing three locations on the stage at the same time. It was also announced that the Players had purchased the Esquire Theater (today, the parking lot north of the Coliseum) with a capacity of 350 seats. Consequently, productions would be offered over six or seven nights to give members a wider choice of evenings on which to see the plays. To help purchase the Esquire, the Jefferson property was sold to C.W. Frey & Sons Auto Dealers for use as a parking lot.