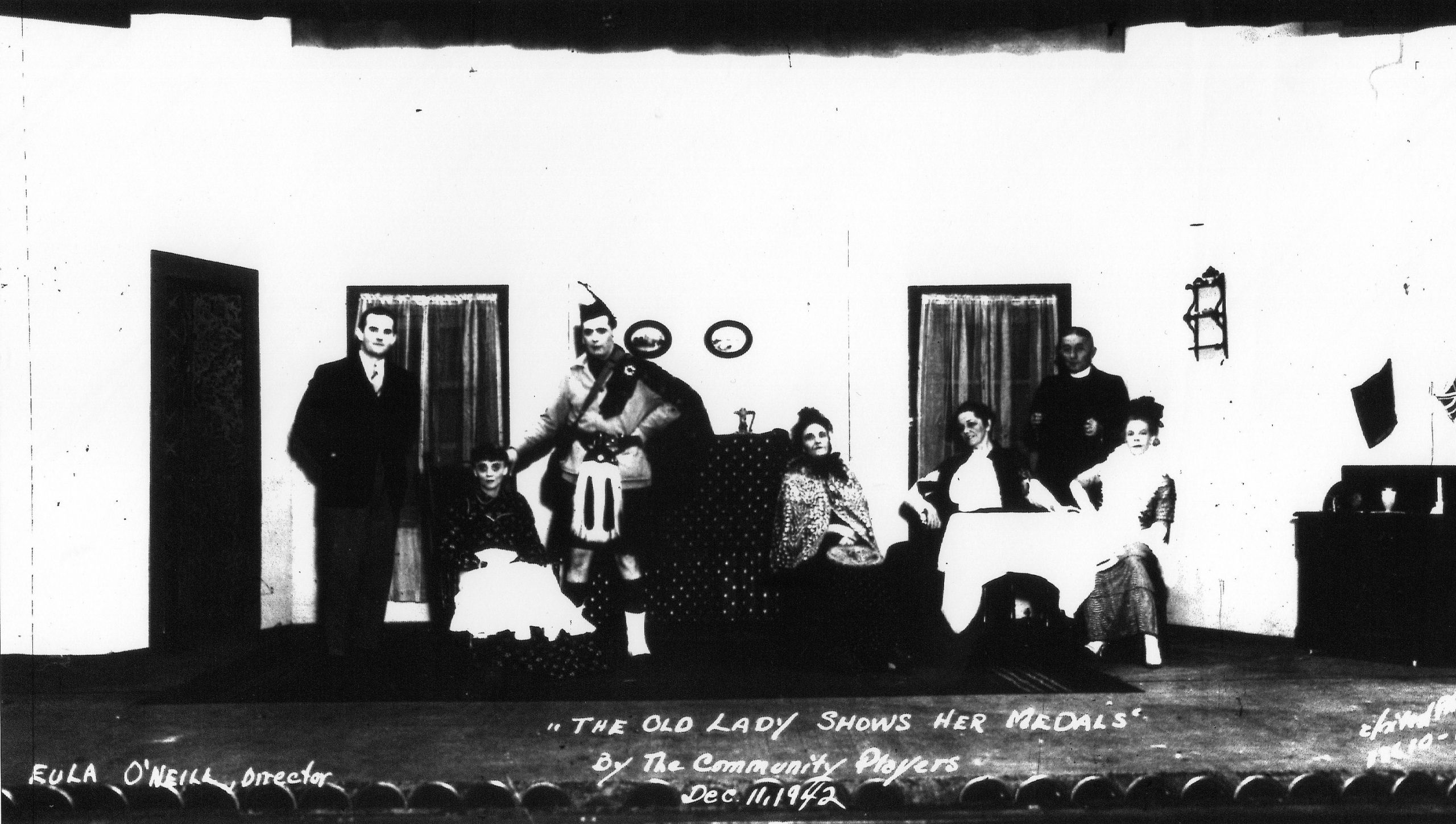 The Old Lady Shows Her Medals, Bedroom Suite, and Why The Chimes Rang (3 One-Act Plays)

Mrs. Dowey is entertaining three other charwomen at tea, and they are all proud of their sons in the army. The curate arrives with Kenneth Dowey of the Black Watch in tow, but Mrs. Dowey has no son, she only pretends to after seeing Kenneth’s name in the newspapers. Since he has no family, he agrees to spend his leave with her. Mrs. Dowey has long wished for the experience of mothering a boy. When she learns that Private Dowey will not return, the old lady sadly puts away his effects and bravely sets out to work.

This one act comedy skit takes place in the show room of a department store in which a bedroom suite is listed for the January sale. The characters are Jerry, the window dresser, Alice, from the book department, who is longing to make a home and cannot resist furniture; and the night watchman.

Synopsis - Why The Chimes Ring

This Christmas play, set in medieval times, shows the beauty of charity that gives of the heart as well as money. It is the story of one who forgoes a chance for a heavenly experience in order to do a duty that lies at hand, and as a consequence, enjoys the pleasure he had given up.

“Tovarich” was selected as the opening play for Community Players’ 20th Season; however, there were difficulties in casting the play with so many people involved in necessary war activities, and the board voted to suspend the season and all season ticket monies be returned until such time as the board could function in its traditional manner. There was even an advertisement in the Pantagraph announcing this step, which had been taken at a November 6, 1942 board meeting. Ten days later, however, five board members asked for a special meeting to be called to discuss this action. At this November 16, meeting, a motion to reverse the board action was called for. Community Players would instead present three one act plays for one night only in December. The treasurer had not yet refunded the monies, and there was enough to continue with the season. The date was chosen because gas rationing was to start in early December, and the Majestic was selected because of its central location and easy transportation. “Tovarich” would be moved to some time into the new year. Without taking this action, and returning the monies, Community Players would not exist as it had been. A Pantagraph editorial even called for supporting all entertainment as part of the war effort including having Players present a full season.

Holger (Why the Chimes Rang)

Steen, his younger brother (Why the Chimes Rang)

Bertel, their uncle (Why the Chimes Rang)

An Old Woman (Why the Chimes Rang)

Priest (Why the Chimes Rang)

Rich Man (Why the Chimes Rang)

Courtier (Why the Chimes Rang)

Rich Woman (Why the Chimes Rang)

Scholar (Why the Chimes Rang)

Young Girl (Why the Chimes Rang)

King (Why the Chimes Rang)

Angel (Why the Chimes Rang)

Director (Why the Chimes Rang)