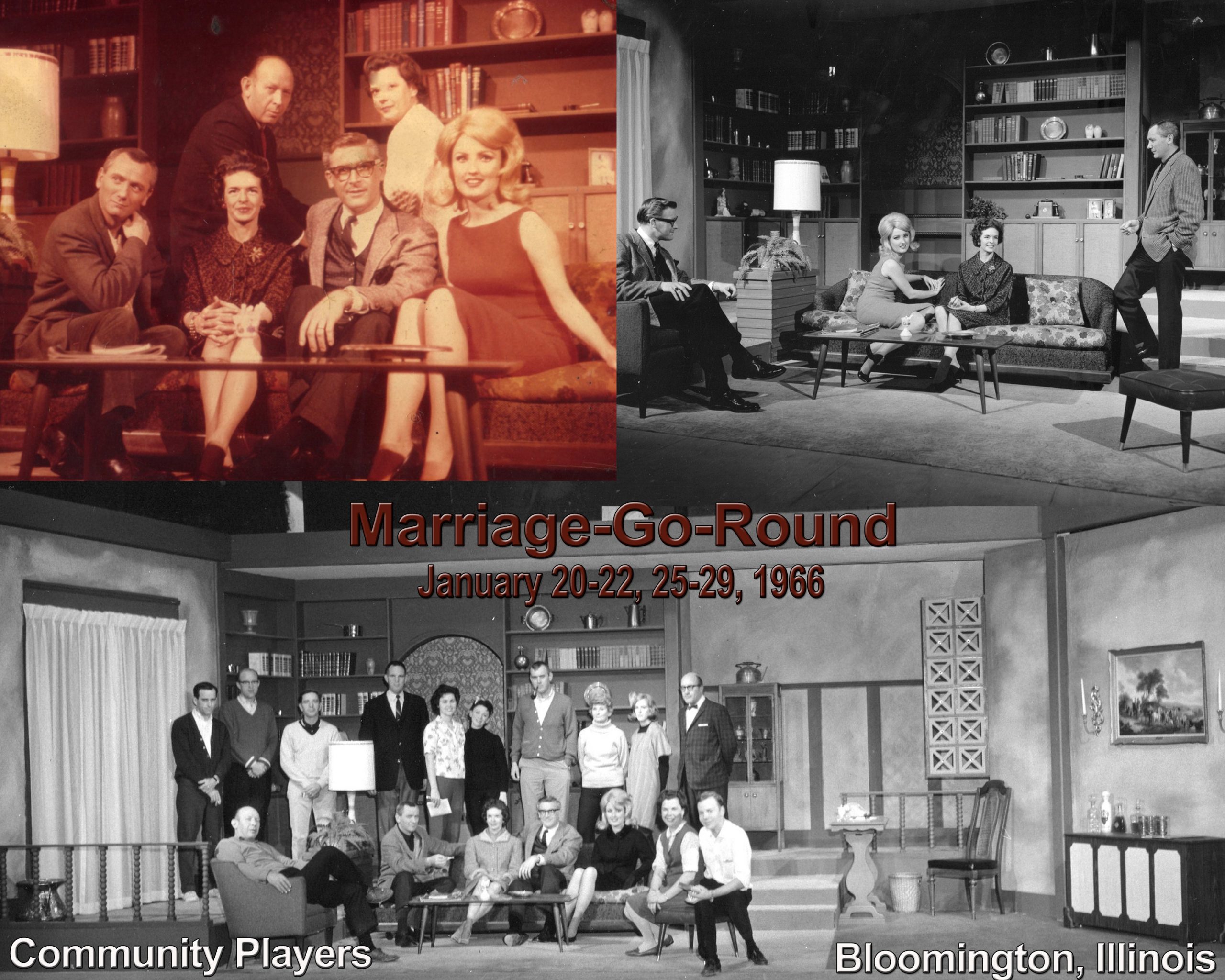 “The Marriage-Go-Round” is an illustrated lecture on the perils of monogamy, delivered alternately by a Professor of Cultural Anthropology at a suburban New York College and his wife who is Dean of Women at the school. Here a game of seduction becomes an ironic commentary on the war between the sexes.

“The Marriage-Go-Round” opened to a half full audience, which was a rarity in that era. The subject matter of a spicy sex scenario may have been too much for the Players’ audiences at the time. However, the opening night audience loosened up from a first act guarded laughter to full acceptance of this contemporary comedy. The final box office figures showed the production to have had a successful run.