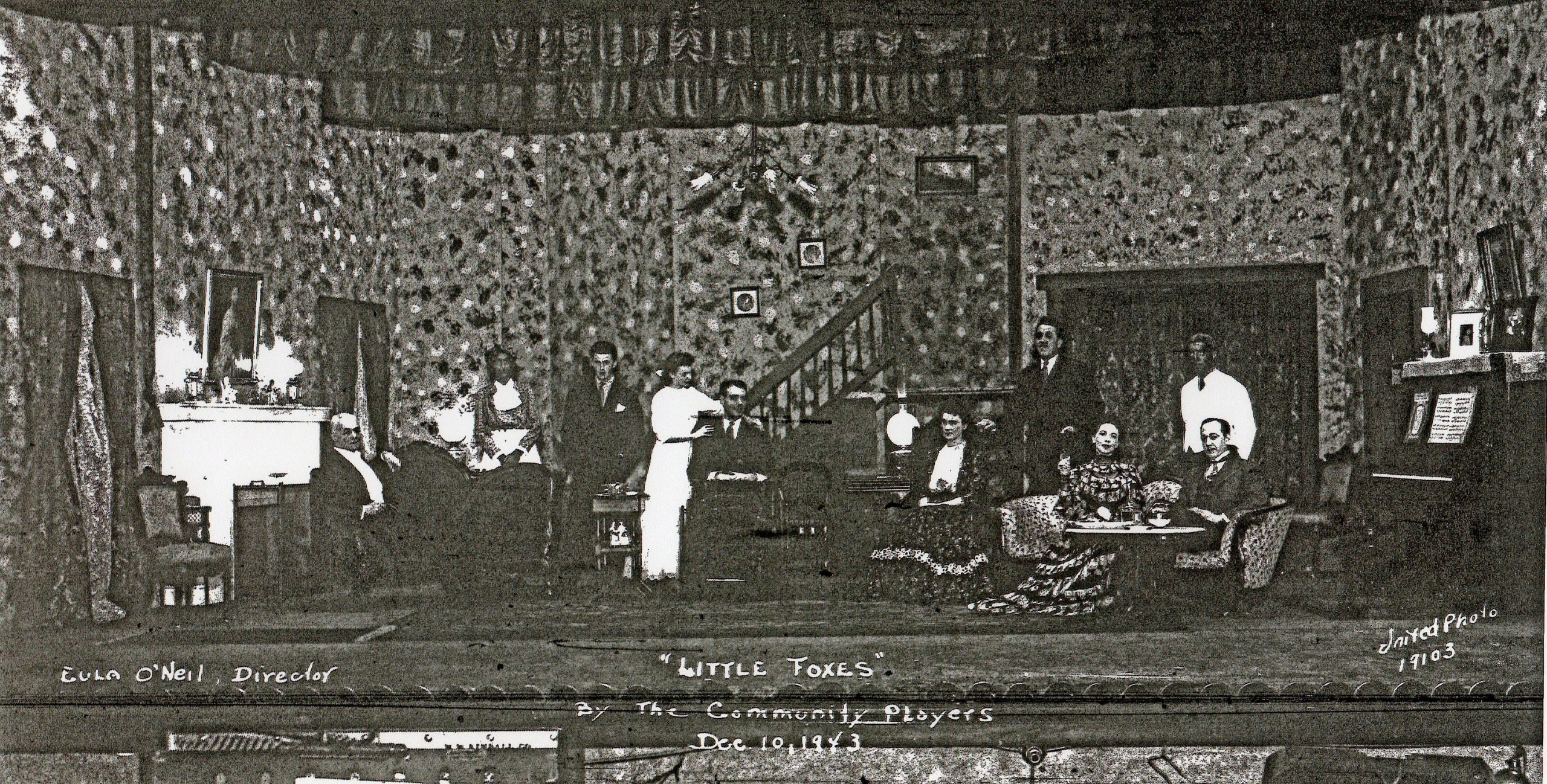 “The Little Foxes” tells the story of the prosperous and despotic Hubbard family. There is Ben, possessive and scheming; Oscar, cruel and arrogant; Ben’s dupe, Leo, weak and unprincipled; and Regina, wickedly clever—each trying to outwit the others. In contrast there is Oscar’s wife lonely and intimidated, Birdie, whom Oscar married to get her father’s cotton fields; wistful Alexandra, Regina’s daughter; and Horace, ailing husband of Regina, between whom a breach has existed for years. The conflict in their lives has been caused by Ben’s ambition to build a cotton mill. The brothers are short by $75,000.00. They hope to get the money from Horace, who has been in the hospital with a heart ailment. Horace is beset by the relatives during his first hour home but refuses to commit to the project. Oscar now plans for Leo to to steal $80,000.00 in bonds that Horace has in his safe-deposit box, knowing that Horace will soon die. Horace calls for the box and discovers the theft. He tells Regina that he willed the bonds to her, so he will say nothing of the theft. Cruelly, Regina recalls their unhappy married life causing Horace to be stricken with a sever attack. Regina refuses to get his medicine from upstairs, hoping the effort of climbing the stairs proves fatal to him. After Horace collapses, Regina blackmails her brothers for 75% of the business. Ben may hold the trump card, however, when he asks, “What was a man in a wheelchair doing on a staircase?”

The Daily Pantagraph ran a four-photo article that was called “The Play’s the Thing” (But there is more to it than meets the eye.) They featured the chairmen and several volunteers including make-up, costume, set work, box office, and the director in the jobs they perform to get “The Little Foxes” ready to show the public.