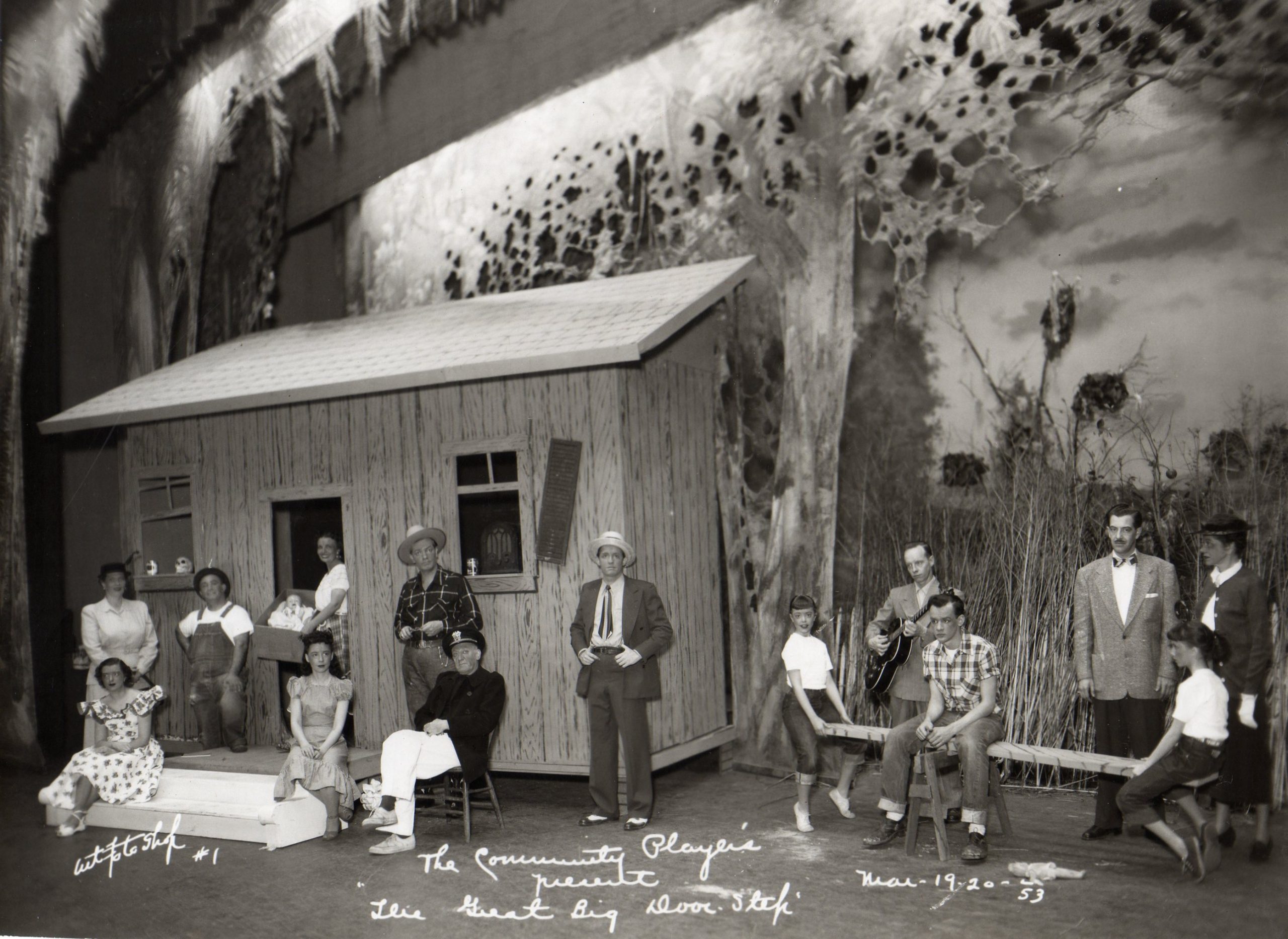 The Crochet family live in a rented, one-room shack in the back bayous in 1940s southern Louisana. After finding a grand plantation front doorstep floating down the Mississippi River, they dream of owning their own home. Commordore Crochet, a drainage expert (ditch digger) and father of the family, leads them in this dream while his long-suffering wife provides a more practical path to their dream house.

“The Great Big Doorstep” marked the 30th Anniversary for Community Players. After researching possible properties for a new little theatre, the building committee and the executive board gave the go ahead to purchase the property at 215 East Jefferson Street in Bloomington. The property was bought at public auction, Players paying 15% down to secure the property. The first March board meeting was held in the home on the newly purchased property. By April, there was some concern about a clear title, so work on the building was suspended until the issue was resolved. In the meantime, a permanent building committee was established and members were appointed for terms that varied from one to five years. At the annual end of year meeting it was announced that the final tally for season tickets had been 2,737, and that 1,900 had signed up for the 1953-1954 season. Chuck Williams was elected the new president, but by the month of May, Chuck had to resign as he was being transferred to Denver Colorado. The board then voted Ed C. Scott as the president for the 1953-1954 Season.