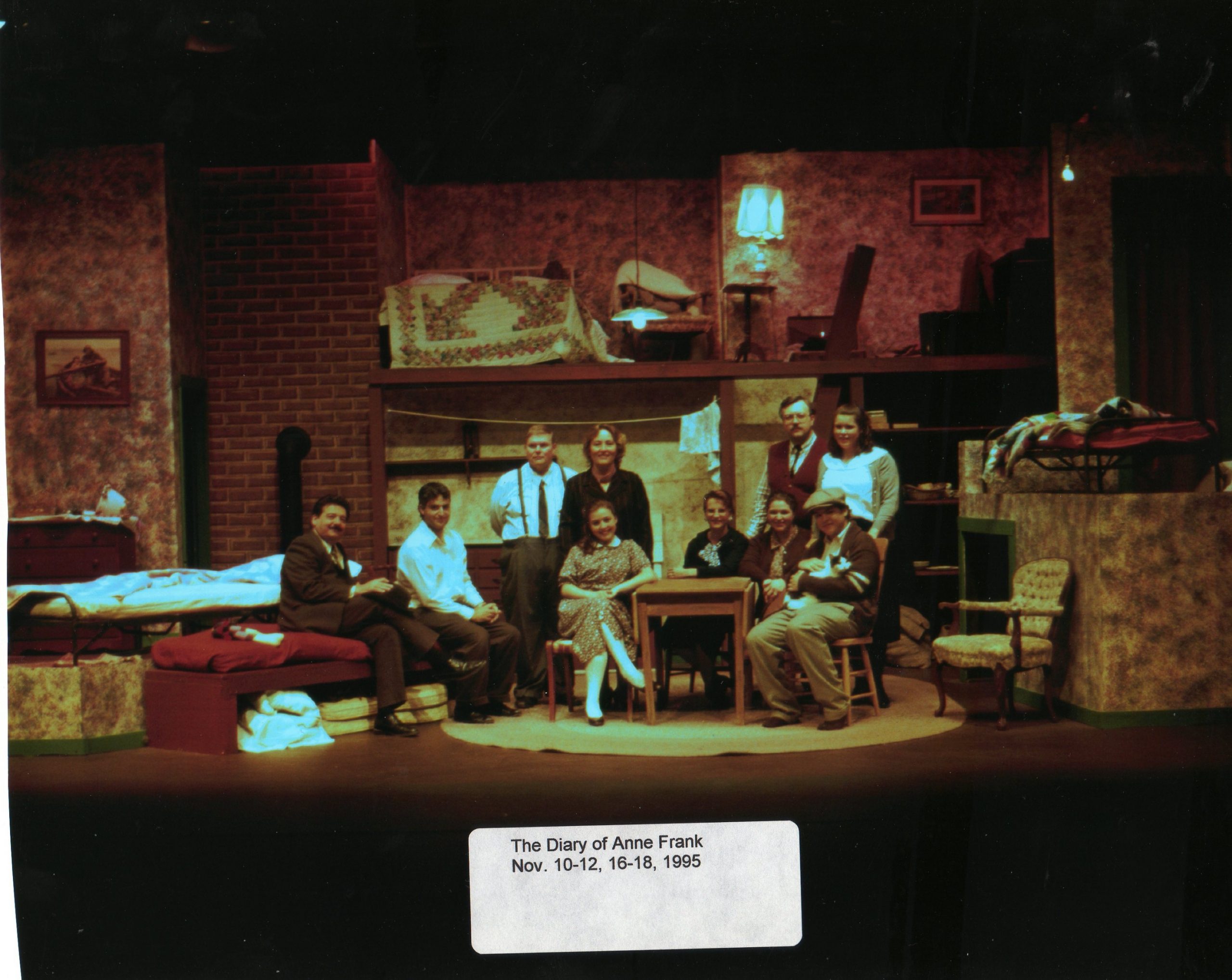 During the Nazi occupation of the Netherlands, Anne Frank began to keep a diary on June 14, 1942, two days after her 13th birthday, and twenty two days before going into hiding with her mother, father, sister, and three other people. The group went into hiding in the sealed-off upper rooms of the annex of her father’s office building in Amsterdam. The sealed-off upper rooms also contained a hidden door behind which the Franks would hide when Nazi soldiers were investigating the buildings for harbored Jews. They remained hidden for two years and one month, until their betrayal in August 1944, which resulted in their deportation, going to Nazi concentration camps.

Dramatized by Frances Goodrich & Albert Hackett Based on the book Anne Frank: Diary of a Young Girl

The second show of the 73rd season was the award winning drama “The Diary of Anne Frank.” 1995 marked the 50th anniversary of the discovery of Anne’s diary and the 40th anniversary of the original Broadway production. In addition to the regular run of six shows, two school shows were added. Day shows are usually reserved for “Theatre For Young People” productions, but since the book “The Diary Of A Young Girl” by Anne and Otto Frank was being used in area middle and high schools, the Players had an opportunity to combine entertainment and education. Newcomers for this production were Julie Dawson, Heather Virtue, Frank Bartley, Jessica Dunphey, and Lesley J. Strang. The show was well-received by both the critics and the audiences. Although it is an uncomfortable show to watch at times due to the subject matter, it is important to remember the lesson of what evil groups of people are capable of doing to others in this world.