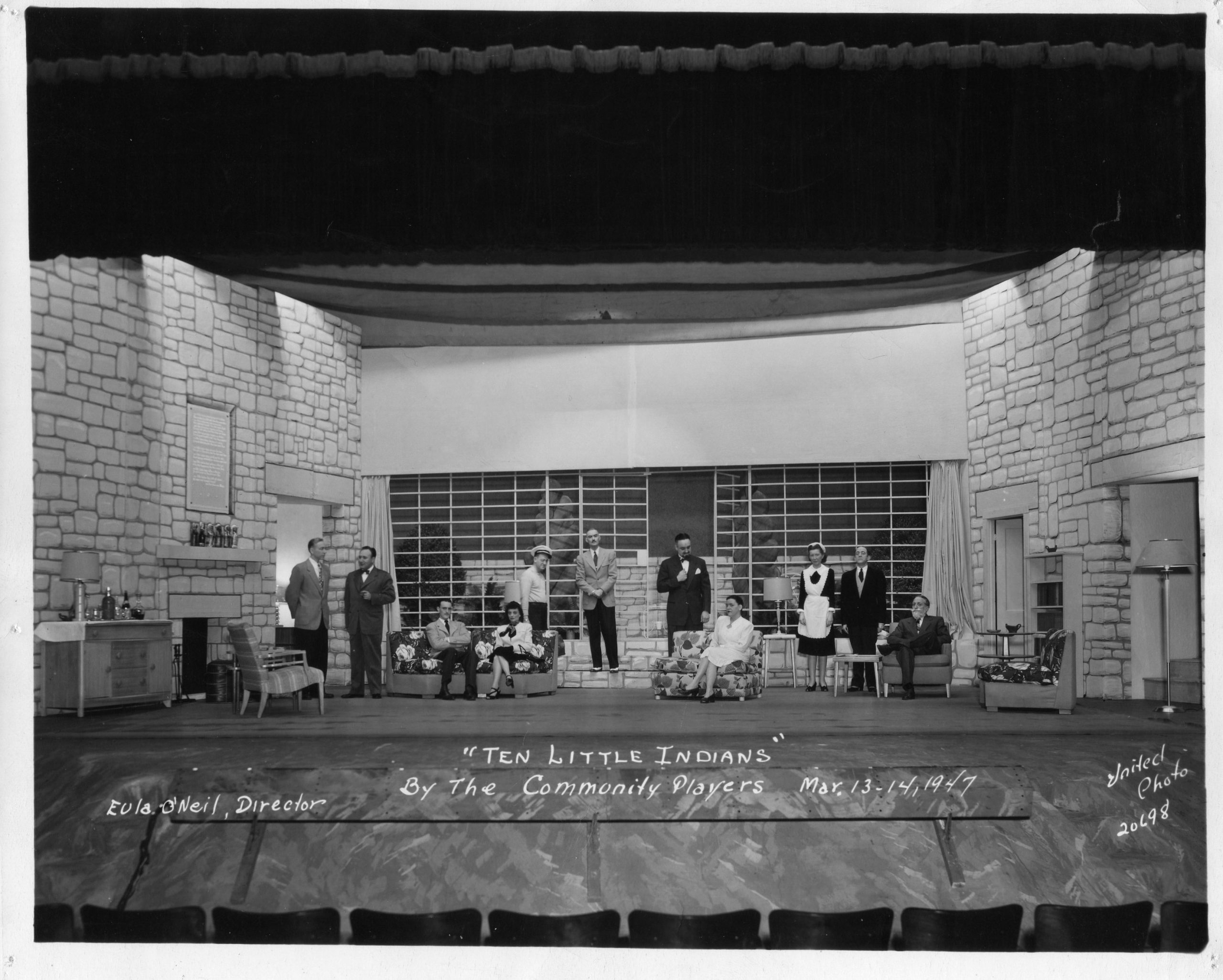 One by one, they are all accused of murder; one by one, they start to die by a diabolical avenger. Agatha Christie’s novel And Then There Were None became a play by the title of “Ten Little Indians.” Eight guests who have never met each other (or their apparently absent host) are lured to an island and along with two servants are marooned. A mysterious voice accuses each person of getting away with murder. A nursey rhyme tells how each of the accused with meet their death, until there were none.

A newspaper article featured a committee of Players’ members: Colene Hoose, Mrs. Donald Glasgow, Miss Joan Saylor, Mrs. Lyle Saylor, and Mrs. William Caudell, Jr. gathered to fashion the necessary number of “Indians” from beer bottles that would be smashed in the Agatha Christie murder mystery “Ten Little Indians.” Shortly after the play closed its run on May 19, at the Hotel Rogers, the Community Players celebrated the end of their twenty-fifth season with a dinner party and skits that highlighted past shows. Retiring President C.E. Mulliken, updated the membership that as much money had been made during this past season as Players had made in their previous seasons. President Mulliken also reminded the members that Community Players would continue their goal of one day having their own little theatre building.