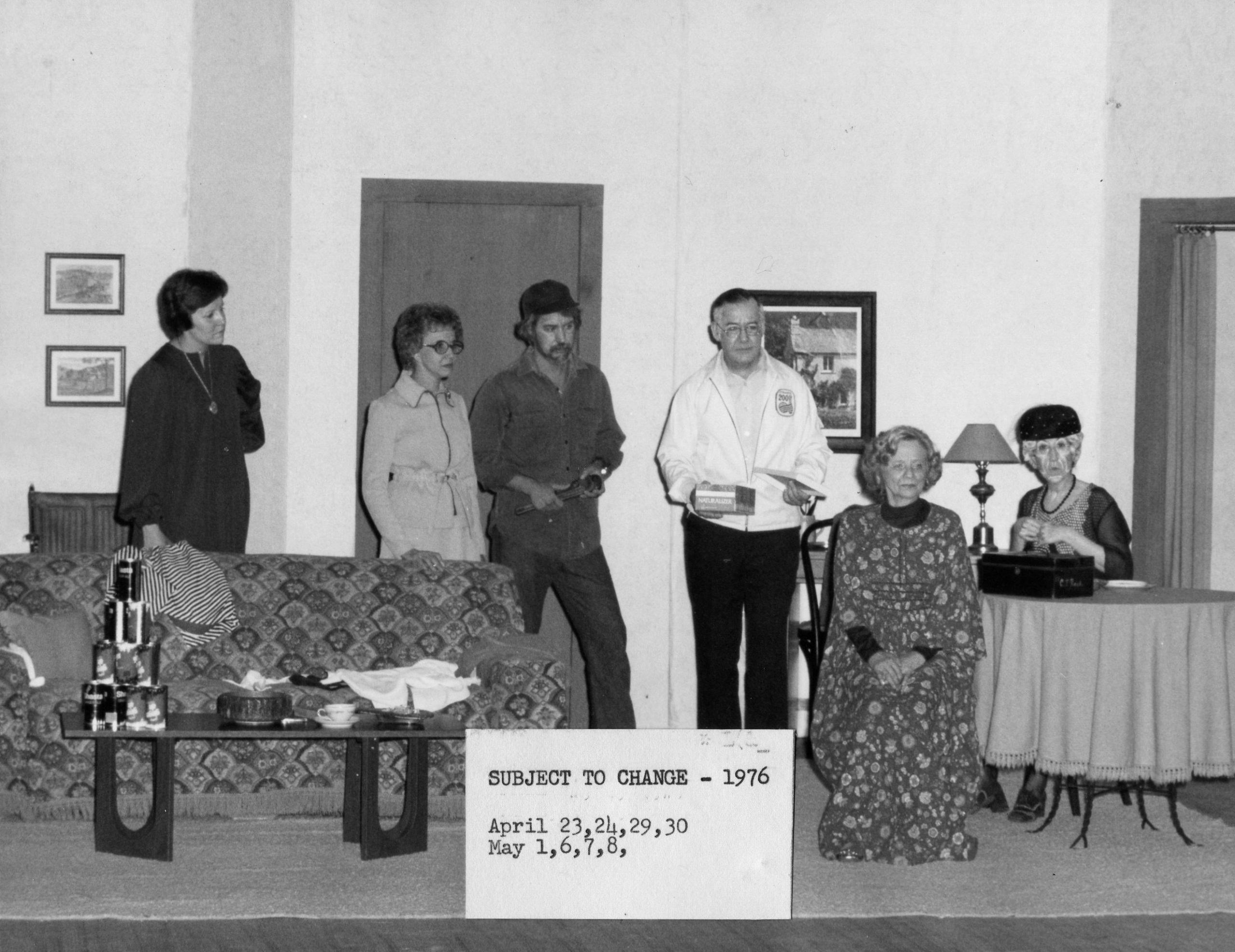 First produced at the Pheasant Run Playhouse in Chicago, with Phyllis Diller featured as Madeline Basset, the action takes place in a two story residence in suburban New York. The play concerns the two Bassett sisters: Gertrude is prudish, capable and hardworking, says only “Oh, fudge” when she’s upset. Madeline, completely dependent on her, is sloppy, fat, cunning, and sounds like a plumber who has lost his number four wrench. When Gertrude decides to marry, leaving Madeline to fend for herself, the situation becomes traumatic. In an attempt to break up Gertrude’s romance, Madeline runs the gamut, making obscene telephone calls to the bridegroom’s 80 year old lush of a mother, outrageously insulting the groom to be, sneaking off to New York to trip on LSD, and finally sneaking back home to live in the attic and sulk. When all efforts fail, she feigns a stroke.

The final production of the 1975-1976 Season was the comedy “Subject to Change.” While the reviewer found much to praise with the actors and their performances, the script was felt to be less than satisfactory as compared to the Players’ usual show selections.

The season had been financially successful. While income was down somewhat, the production costs had been kept low. However, the Trustees President Dick Anderson noted at the end of year meeting that a new light board was desperately needed for Community Players and the future. This issue was something that both boards would need to discuss and work towards. President Anderson spoke of the current high interest rates on loans. He also mentioned the need to make more income from renting out the building than had been done in the past two seasons. President Anderson spoke of being concerned, but not panicked in the necessity of working together and getting the funds needed to make the new light board a reality. This would be the task of the new board and the 1976-1977 Season.