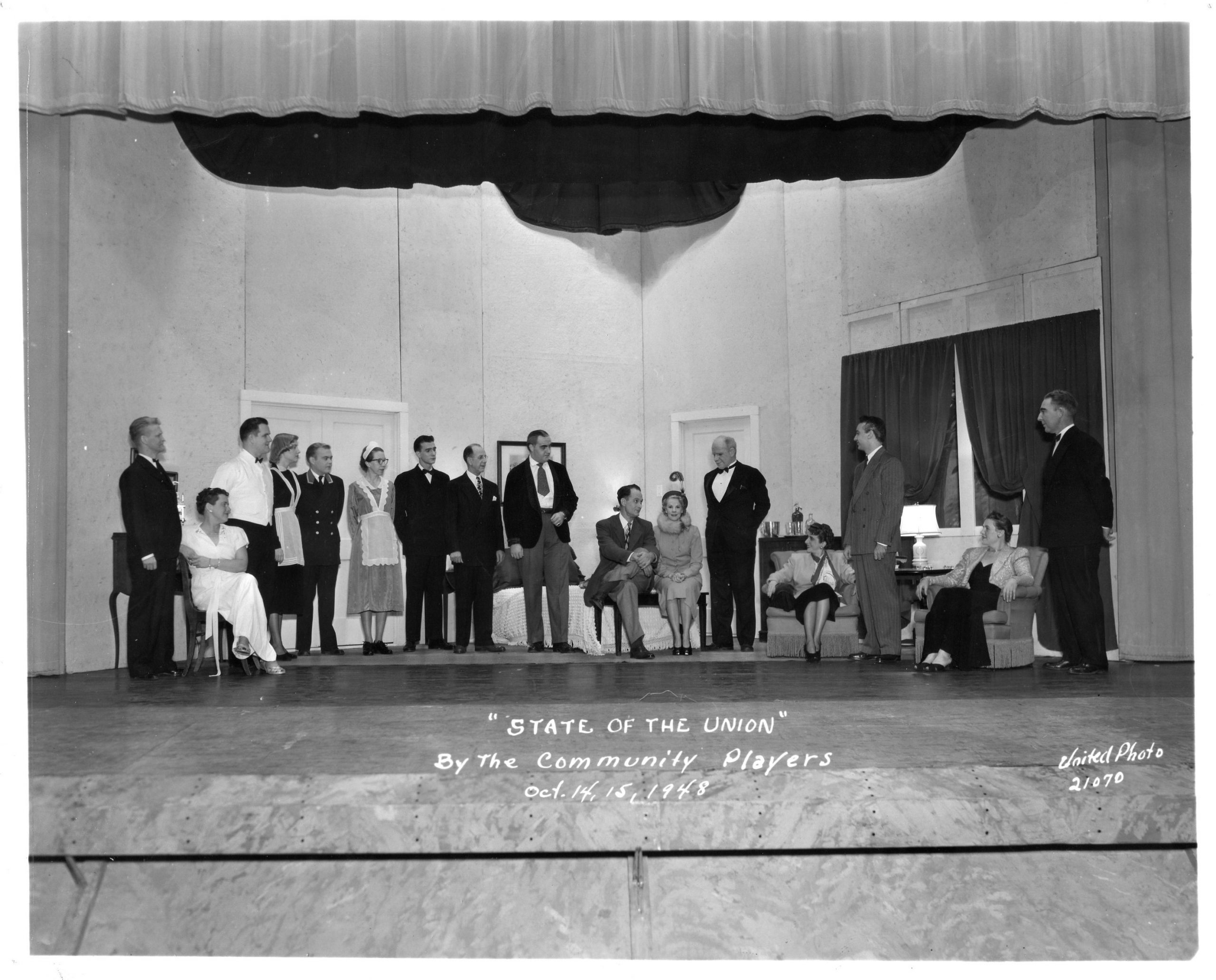 State of the Union

In an experiment to the auditioning process, tryouts were scheduled for all four 1948-1949 season plays at the same time and on the same evening. Three of the four directors were there to discuss their plays, and one of the directors discussed the fourth play. After a break for refreshments, sixty persons auditioned. The opening show of the season would also hold the auditions the following evening. Miss Colene Hoose, set design chairman exhibited set drawings for three of the four shows. These tryouts were held at the Players’ workshop located at 106 1/2 South Main, on the third floor.