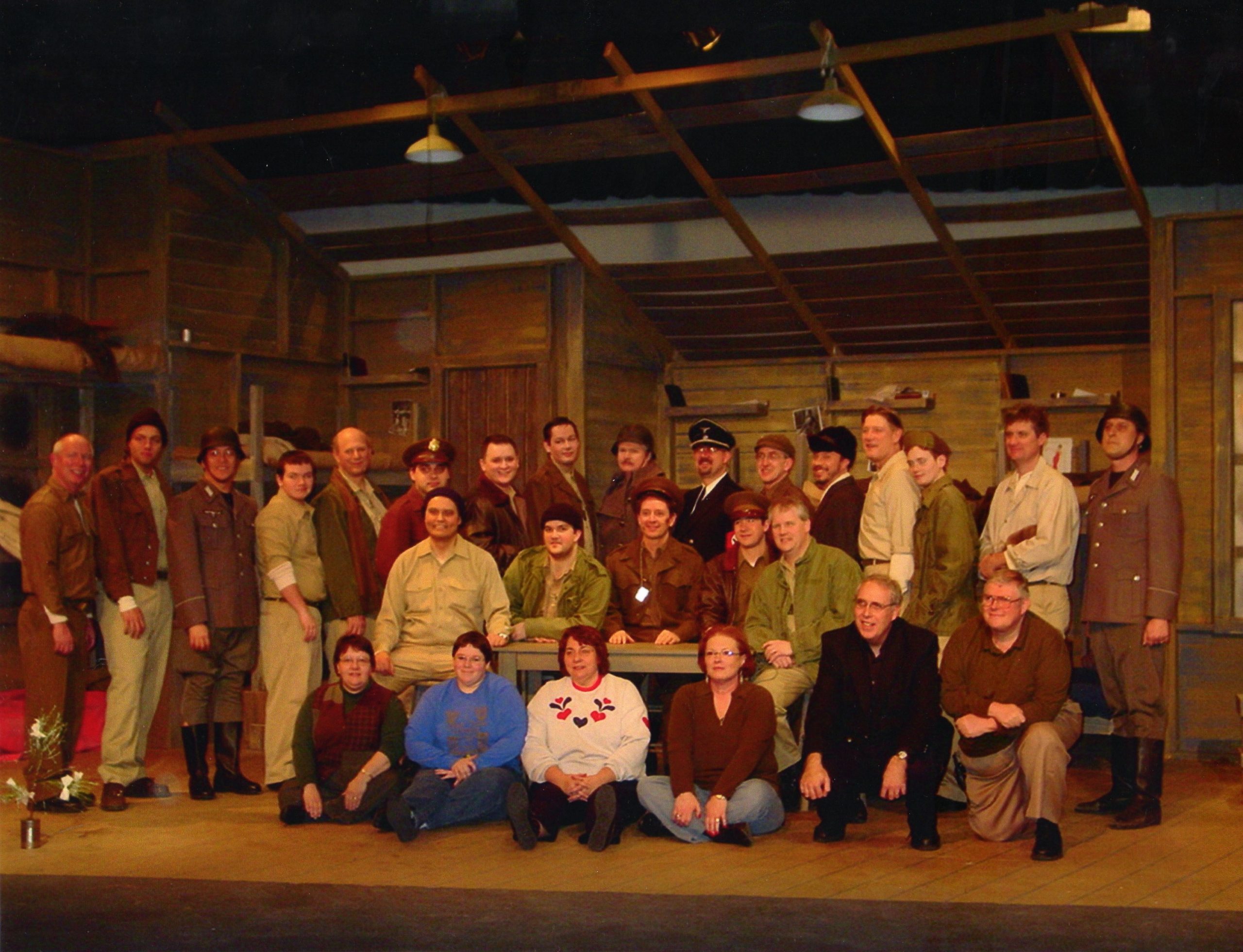 “Stalag 17” is a turbulent and gutsy play that tells the story of a group of American prisoners who embarrass and irritate their captors as they try to escape from a German prison camp. The plot revolves around the escape of an American who will face serious punishment for sabotaging a train as will his fellow prisoners who hide him. The prisoners at last learn which of them has been all the while a stooge for the Germans, for which he pays the ultimate price.

Community Players has always been committed to making performances accessible to every individual in the community. A ‘Pay What You Can Preview Performance’ of every show was added to ensure that financial constraints do not preclude people from experiencing the entertainment of live theatre starting with “Stalag 17.” This classic prisoner of war comedy-drama had three special visitors on a January night of rehearsal: Harold Born, Mark Bauman, and Gary Simpkins. These three visitors offered the actors, staff, and crew insight into not only being in the military, but Mr. Born had been a prisoner of war for six months in both Stalag 2A and 11B. Mr. Simpkins graciously offered Players the use of authentic weapons and a number of pieces of military equipment from his Simpkins War Museum. Mr. Bauman spoke of his military career and experiences from 1969 through 1993. After their presentation, these gentlemen were invited to come and see the completed show as guests of the production. After the performance attended by Mr. Born, he asked to go up on stage to walk around the set, and he again talked with some of the actors. He was amazed that some of the stories he told about his time as a prisoner had been included in some of the actors’ dialogue and actions. As he walked about the set, designed by Gary Schwartz, he kept saying over and over how exactly we had captured what the barracks looked like and how the soldiers behaved. All of the compliments from these three gentlemen meant so very much to the cast, staff, and crew.

In a side note for this show, Players was given another full page story just before the opening of the play that spoke of one man missing in action. There were the stories of Mr. Born, Mr Bauman, and Mr. Simpkins and the evening these men spent with the production; however, missing in action was the fourth man who was to have been a part of this discussion. Tony Holloway had passed away on November 1, 2003. It was during the pre-show production meetings with Tony that we had decided to gather these men together to speak to everyone involved in the production. Tony’s photo as a marine in the Pacific was included in the feature article as the man who was “Missing in Action.” The show was dedicated to Tony. Tony had always wanted Players to do “Stalag 17” and to be a part of the production.