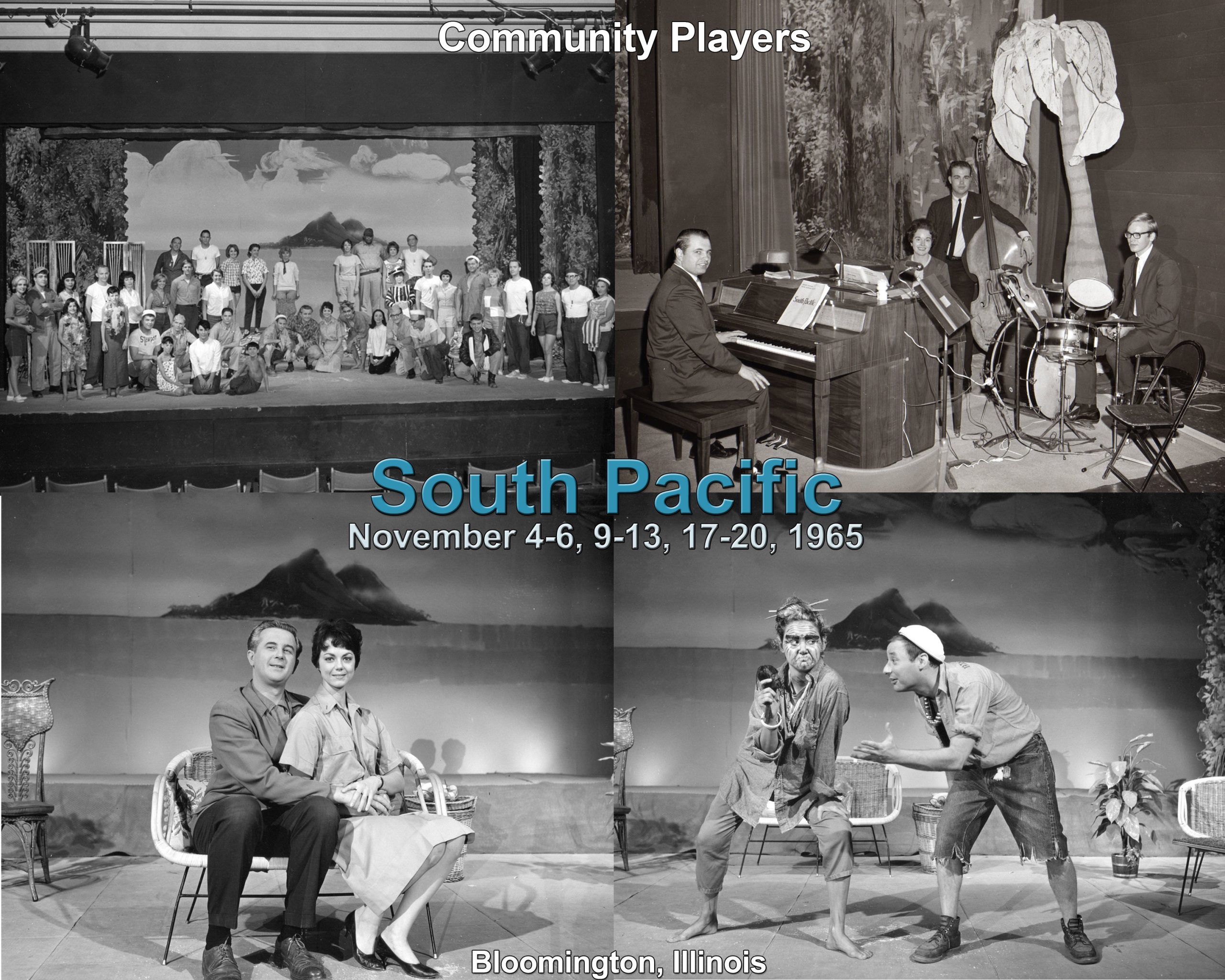 The story of “South Pacific” centers on an American nurse stationed on a South Pacific island during World War II who falls in love with a middle-aged expatriate French plantation owner but struggles to accept his mixed-race children. A secondary romance between a lieutenant and a young Tonkinese woman explores his fears of the social consequences should he marry his Asian sweetheart. The issue of racial prejudice is candidly explored throughout the musical. Supporting characters, including a comic petty officer and the Tonkinese girl’s mother, help to tie the stories together. “South Pacific” won ten Tony Awards and a Pulitzer Prize for its original run during the 1949-1950 Broadway season.

“South Pacific” was voted upon by the Players’ board at the end of the 1964-1965 season to open the 1965-1966 season, with the rest of the season to be presented during the summer. The board also voted to replace Sunday Matinees with Thursday night shows during the opening weekend of each show for the entire season. The auditions for “South Pacific” were held over three evenings: The September 7th auditions were for the principle parts, the next evening for the non-singing character parts, and the third evening was for chorus parts. The director, Mrs. Joan Wahl, requested that those auditioning only show up on the nights scheduled for their interest in either parts or chorus work. For the 1965-1966 season, there were 2,045 season tickets sold. The cost of a season ticket was $6.00. “South Pacific” had its run extended for a third weekend due to the strong demand for tickets.