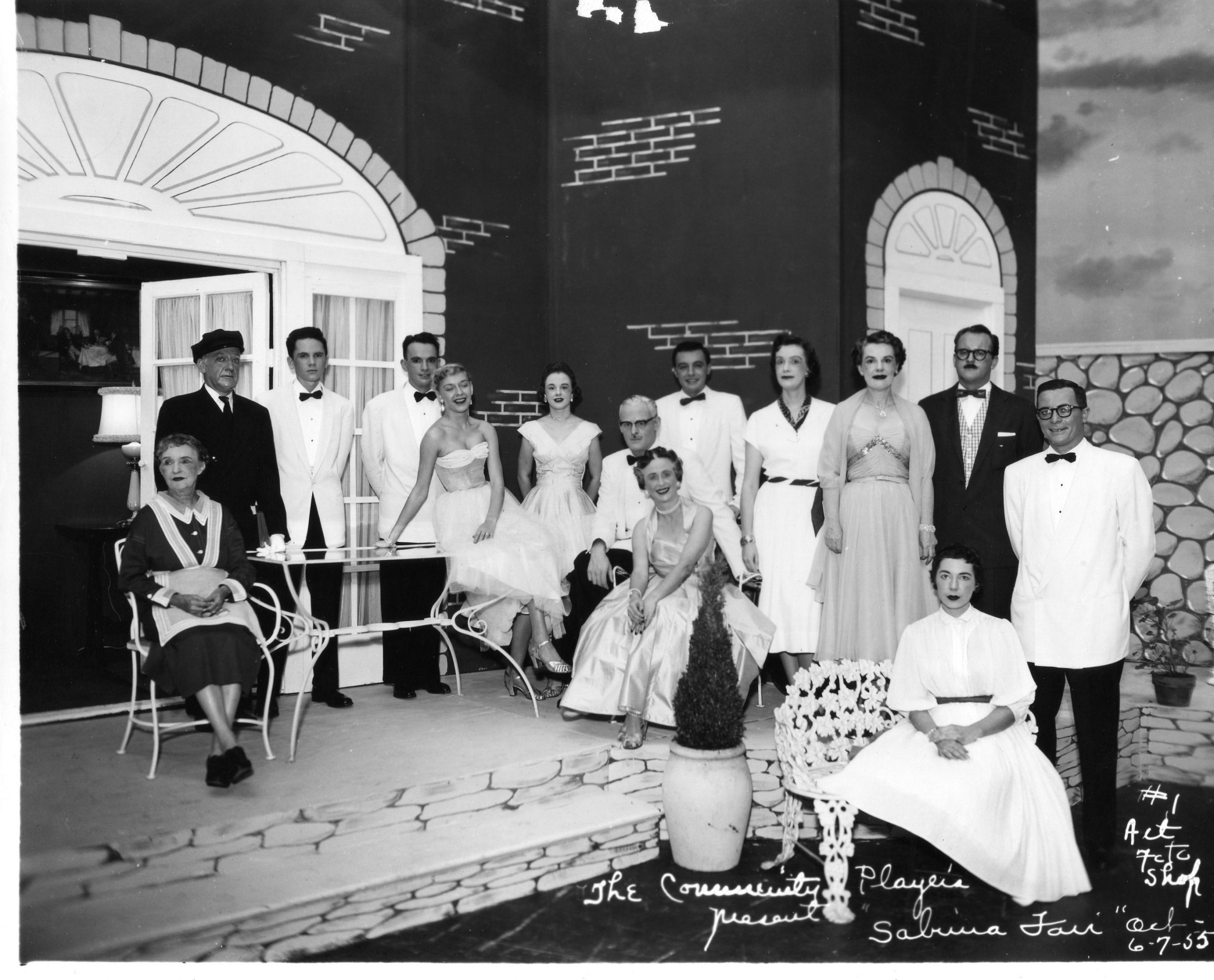 Set on Long Island in the 1950s, “Sabrina Fair” deals with the involvement of the rich Larrabee family with Sabrina Fairchild, the daughter of the family chauffeur. Sabrina is bright, well-educated, and has just returned from five years in Paris. She has come home to find out if she is still in love with David Larrabee, the younger son. The older son, Linus, detects Sabrina’s feelings for his brother, and for his own amusement lays a trap to bring them together. It works: David falls in love with Sabrina and wants to marry her. At the same time, a young rich Frenchman who has known Sabrina in Paris turns up and asks her to marry him. Faced with this dilemma, Sabrina discovers it is really Linus she wants! Will Sabrina get her man? And what effect will an amazing development from Sabrina’s father have on the proceedings?

Once again, the Community Players scheduled try-outs for all four shows at one meeting. To combat the August heat, the auditions were held in the air-conditioned Bamboo Room at the Rodgers Hotel. Of special note in the audition article was the need for an actor in “Sabrina Fair,” who could speak English with a slight French accent.