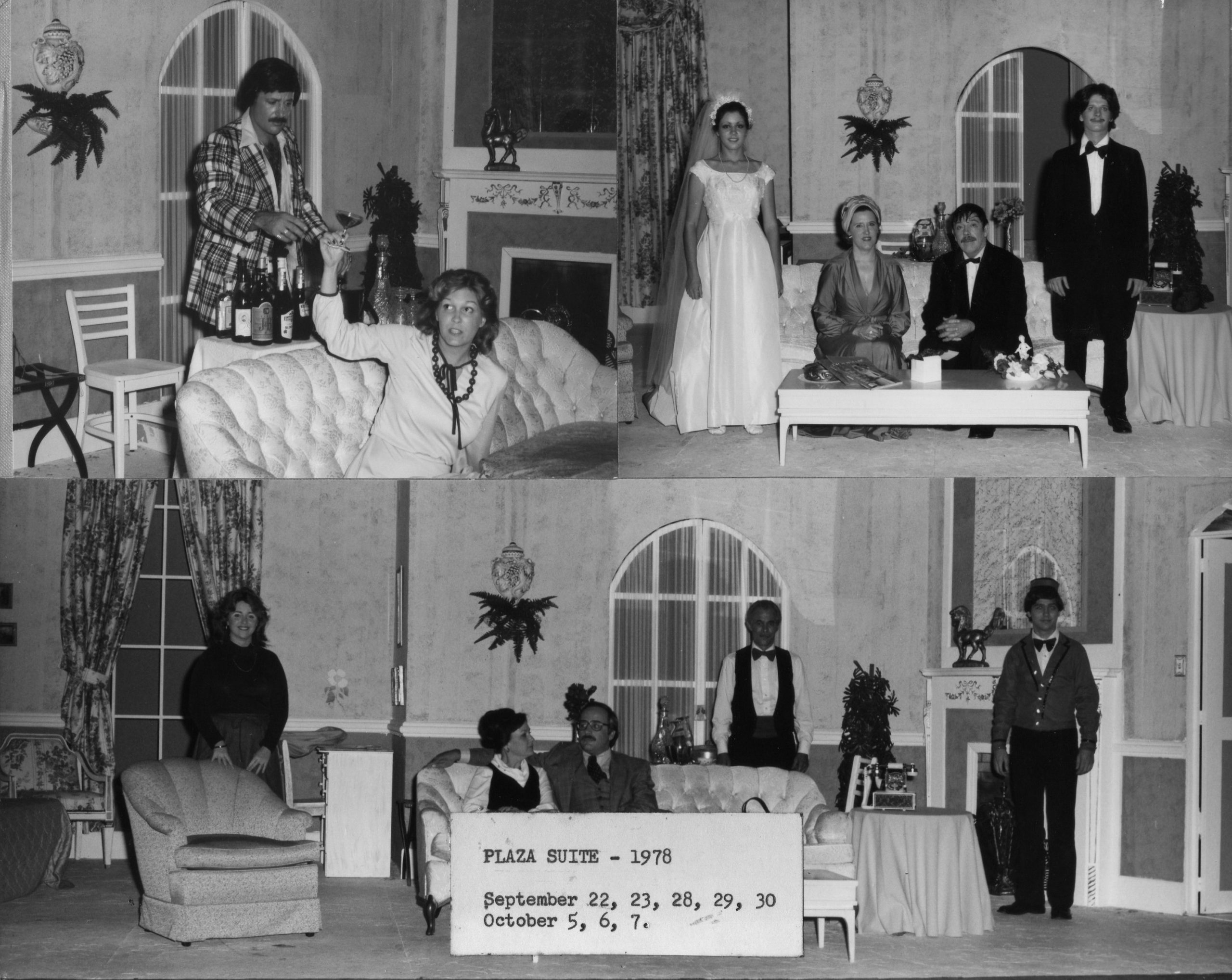 Hilarity abounds in this portrait of three couples successively occupying a suite at the Plaza. A suburban couple take the suite while their house is being painted, and it turns out to be the suite in which they had honeymooned 23 (or was it 24?) years before, and was yesterday the anniversary, or is it today? This wry tale of marriage in tatters is followed by the exploits of a Hollywood producer who, after three marriages, is looking for fresh fields. He calls a childhood sweetheart, now a suburban housewife, for a little sexual diversion. Over the years she has idolized him from afar and is now more than the match he bargained for. The last couple is a mother and father fighting about the best way to get their daughter out of the bathroom and down to the ballroom where guests await her or as Mother yells, “I want you to come out of that bathroom and get married!”

Before the opening show of the 1978-1979 season, President Jake Jacobssen made several announcements: Players would offer a five show season for the first time since the 1963-1964 season and a new campaign to help the theater called “Raise the Roof.” After 17 seasons, the theater needed a new roof; the patched repairs of past years were no longer sufficient. A plea for theater ‘Angels’ to help replace the roof went out. A special plaque that would contain the names of anyone donating one hundred dollars or more was created. The plaque is still in the lobby. The call for ‘Angels’ was also to help pay off the new light board.

It was also announced that each program would have a ballot inside so that patrons could vote for their favorite actor or actress. The tradition of awarding trophies for actors or actress had ended in the late 1950’s, and it was thought by the board to be a good time to revive this tradition. In addition to the actors, production, scenic design, and costumes were included. The winners would be announced at a very special end of the year banquet.