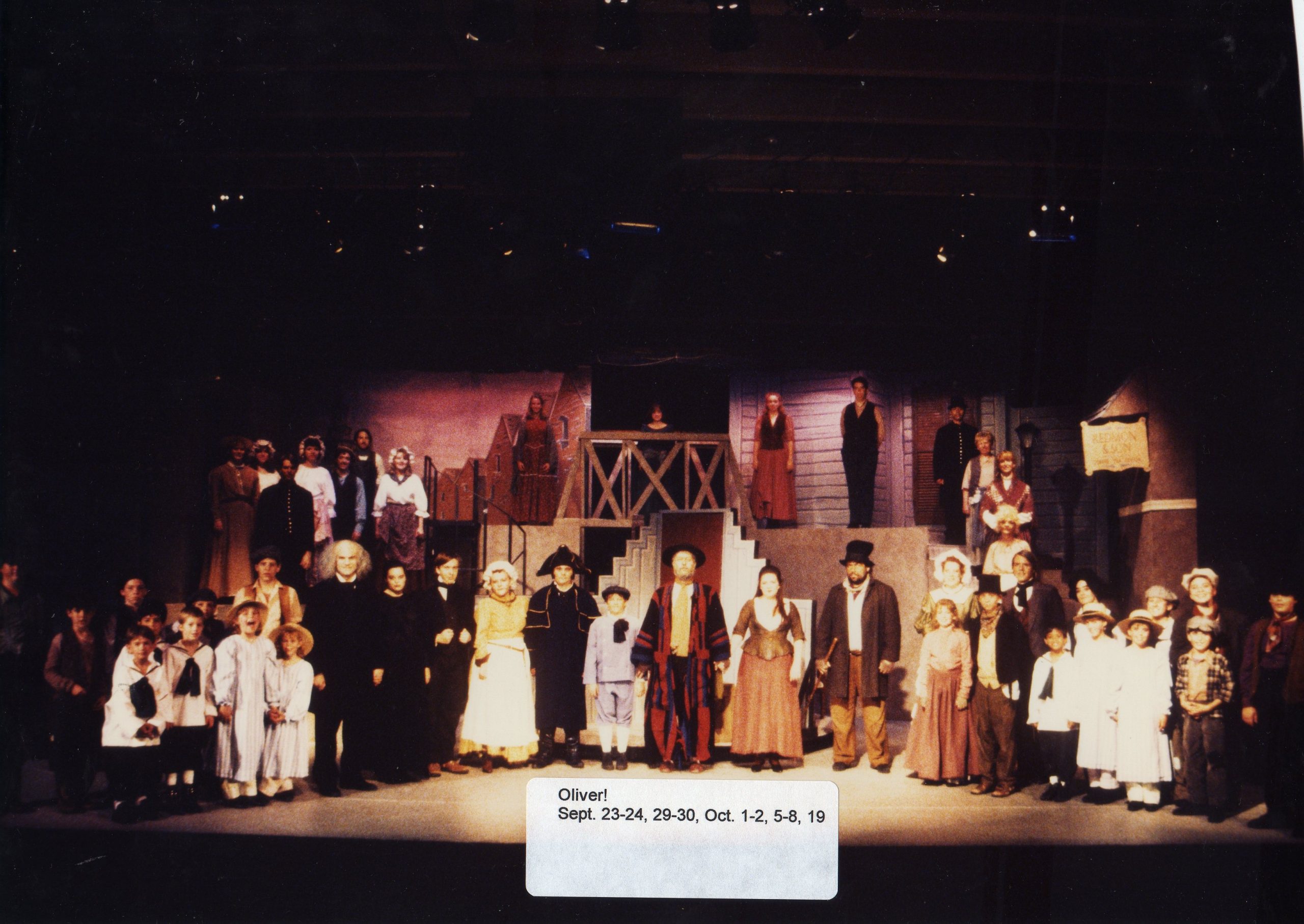 Oliver Twist is a young boy who lives in a workhouse with other orphaned boys. When Oliver disrupts a meal by asking for more, he is sold to a local undertaker and his family. They treat Oliver horribly and make him sleep under the coffins. Oliver escapes and runs off to Paddington Green, where he is quickly befriended by another young boy, the Artful Dodger. Dodger takes him to his home, an academy for orphans who learn how to be pick-pockets run by a kind, yet slightly sinister, old gentleman named Fagin. Oliver is also introduced to Nancy Sikes, a lovable young woman, and Bet, Nancy’s best friend. When Oliver goes on his first pick-pocketing job, he is caught by the police. The man that Oliver thieved, Mr. Brownlow, learns of Oliver’s sad past and brings him into his own home. Meanwhile, Nancy’s husband (the villainous Bill Sikes) worries that Oliver will tell Mr. Brownlow and the police where the thieves live. He forces Nancy and Bet to snatch Oliver from Mr. Brownlow’s house and take him back to Fagin’s. Nancy does everything her husband tells her to but plans on secretly taking Oliver back to Mr. Brownlow. Before she can do so, Bill finds out of his wife’s plans and murders her. He then goes after Oliver but is shot and killed. Oliver and Mr. Brownlow, who turns out to be Oliver’s grandfather, return safely home.

The 72nd season, themed “Broadway to Hollywood,” was kicked off by “Oliver!” The show had a cast of 50 actors of all ages, working on a complex multi-level set. Every aspect of the production was highly praised and was an audience favorite.