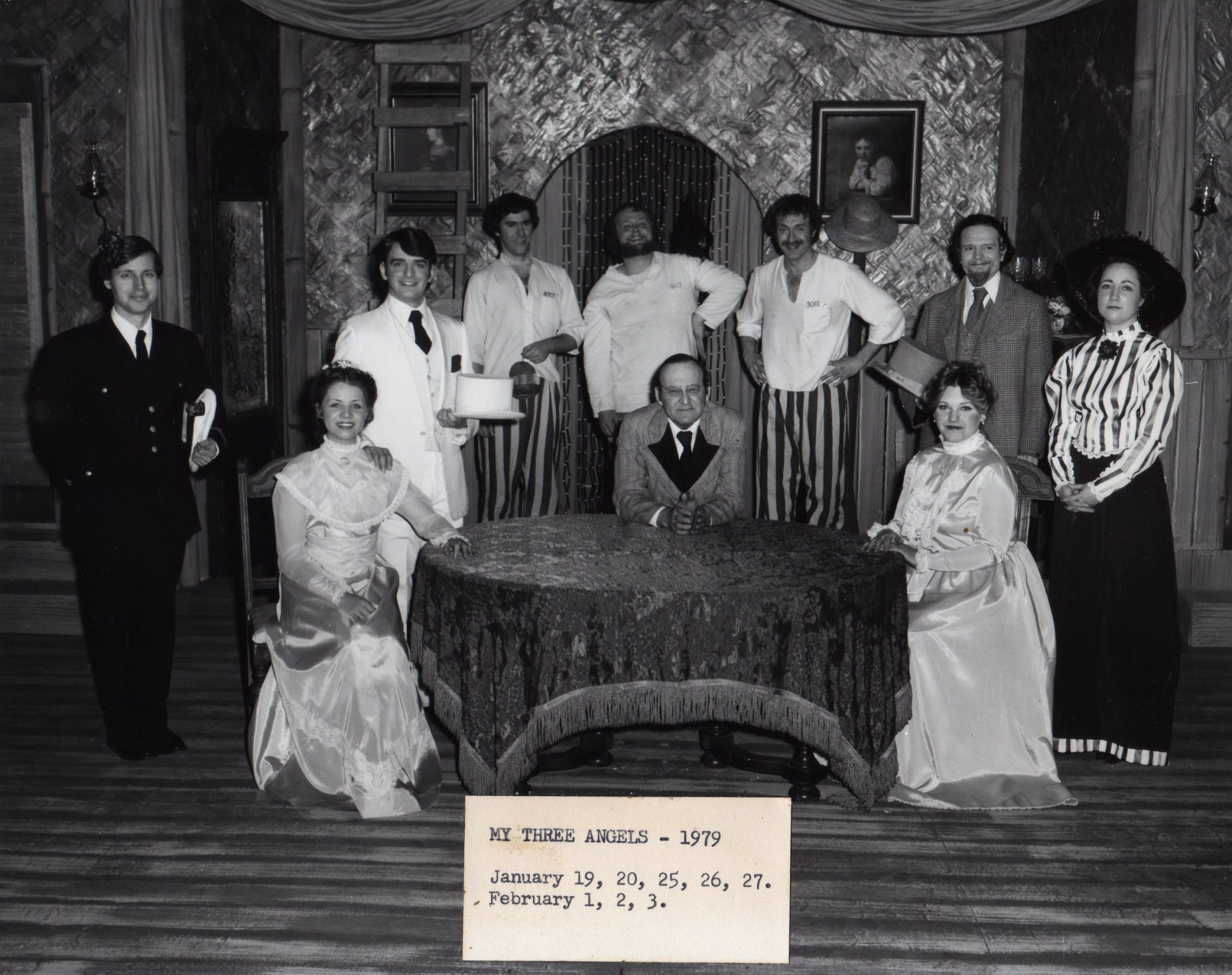 The scene is French Guiana, a region where on Christmas Day the temperature has graciously dropped to 104 degrees. Three convicts: Joseph, Jules, and Alfred are employed as roofers by the Felix Ducotel family, whose roof is in desperate need of maintainance. On the way from France is an evil-minded cousin, Henri Trochard, determined to oust Felix from his business accompanied by Paul, a cold-blooded nephew, who plans to jilt Felix’s daughter, Marie Louise, for an heiress. The three convicts (Joseph, who was a swindler selling stocks for a company that produced bottled air, Jules, who killed his wife when she was found with her lover, and Alfred, who killed his rich uncle for the love of a girl, when he was refused a financial request) take the visitors on. All three of the convicts have warm hearts and are passionate believers in justice. Possessing every criminal art and penal grace, with the help of Adolphe, a poisonous snake, they set the matter right and in doing so redeem themselves as real life angels to the grateful Ducotel family.

Authors: Sam and Bella Spewack
Based on the play “La Cuisine Des Agnes” by Albert Husson

This was the second time that “My Three Angels” had been performed at Community Players; the first production was in the 1955-1956 season. This production marked the directorial debut for Bruce Parrish.

“My Three Angels” had a beautiful set that included a tropical house motif created by shellacking woven strips of paper grocery bags and stapling them to cardboard and putting the cardboard on regular flat frames. The opening night audience applauded when the curtain first opened and the lights came up on the set.

This fast-paced comedy was well received by both reviewer and audiences. On one performance night, there was a snowstorm. All of the staff, crew, and cast made it to the theater before the weather turned too ugly. It was too late to cancel by the board policy of the time. Happily, around 40 patrons made it to the theater that evening. The house manager invited them all to sit down in the first few rows. This audience of only 40 laughed and applauded like a house of 300. After the show many of the actors and staff came out to the lobby to greet and thank the audience for coming out on such a terrible night. The program had the ballots for actors, production and costume nominations, as well as how to get tickets for this special end of the year awards banquet.